The Galloway Hoard will go on display from 30 July at Aberdeen Art Gallery, with new discoveries unveiled in an interactive display.

The Galloway Hoard is the richest collection of rare and unique Viking-age objects ever found in Britain or Ireland. Buried around AD900, the Hoard brings together a stunning variety of objects and materials in one discovery.

The exhibition in Aberdeen will feature images of three newly revealed gold filigree objects from the Hoard (pictured above), which were bound together with rare silk braids. These were wrapped in a textile bundle too fragile to display and which is currently being investigated in Edinburgh as part of ongoing research into the Hoard.

New insights into the rich variety of textiles in the Galloway Hoard, material which rarely survives being buried in the ground, will also be unveiled. Researchers from the University of Glasgow have identified up to 12 different textiles in the Hoard. These recent research findings are the subject of a new interactive display created for the Aberdeen leg of the tour.

The gold filigree objects are often referred to as “aestels,” instruments which were previously thought to hold a piece of bone or wood and be used as a pointer to follow text when reading. This is the first time that a group of these gold objects have been found together and the associated textiles provide new clues to what they were used for. The presence of braided silk within the sockets on the gold objects shows that they were all connected and this new evidence casts doubt on the previous categorisation. Further research will be carried out on their true purpose and usage. 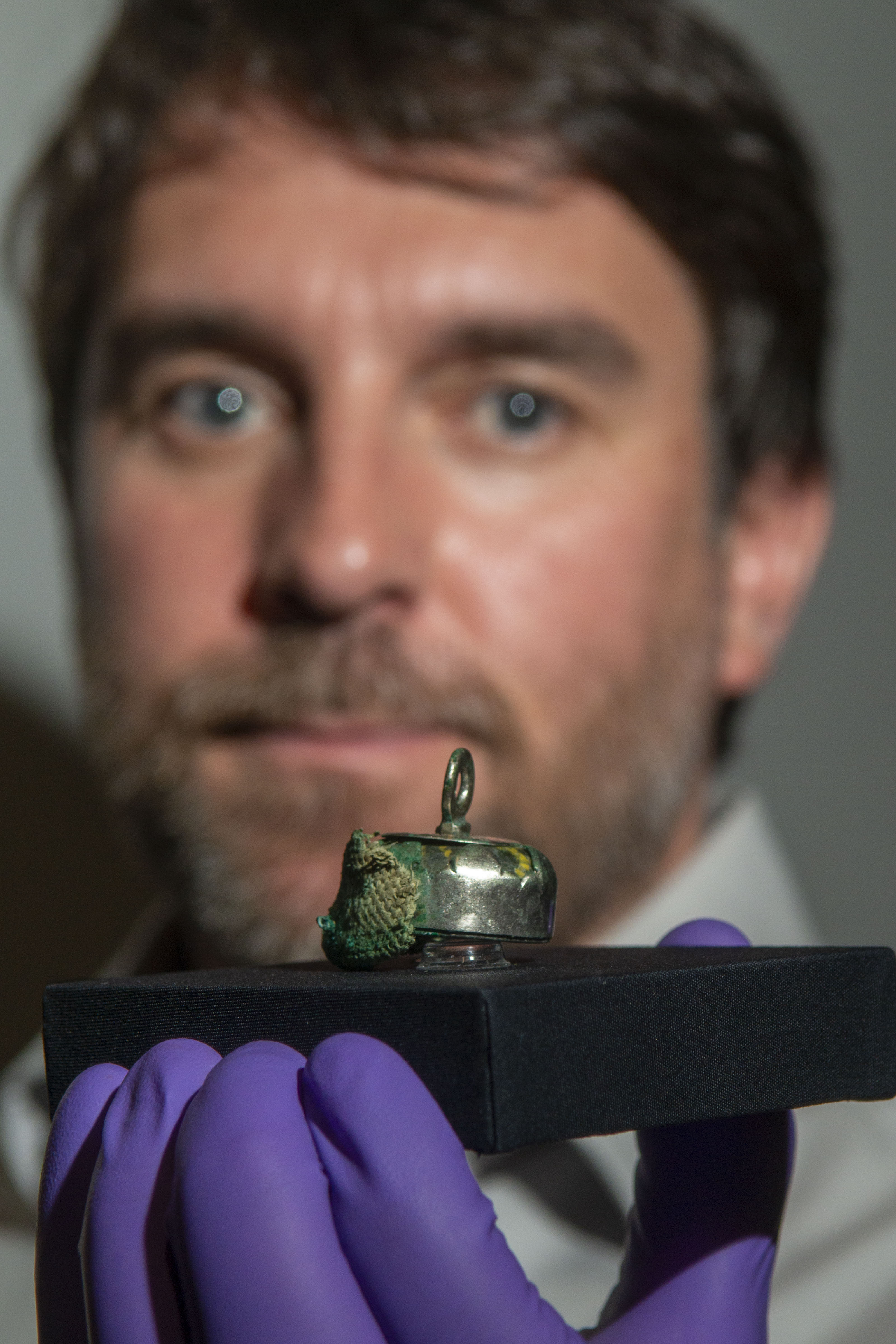 The exhibition, Galloway Hoard: Viking-age Treasure, offers the first chance to see details hidden for over a thousand years, revealed by expert conservation, painstaking cleaning and cutting-edge research. The exhibition is touring thanks to support from the Scottish Government.

Secrets of the hoard

The exhibition shows how the Hoard was buried in four distinct parcels. The top layer was a parcel of silver bullion and a rare Anglo-Saxon cross, separated from a lower layer of three parts: firstly another parcel of silver bullion wrapped in leather and twice as big as the one above; secondly a cluster of four elaborately-decorated silver ‘ribbon’ arm-rings bound together and concealing in their midst a small wooden box containing three items of gold; and thirdly a lidded, silver gilt vessel wrapped in layers of textile and packed full of carefully wrapped objects that appear to be have been curated like relics or heirlooms. They include beads, pendants, brooches, bracelets and other curios, often strung or wrapped with silk. 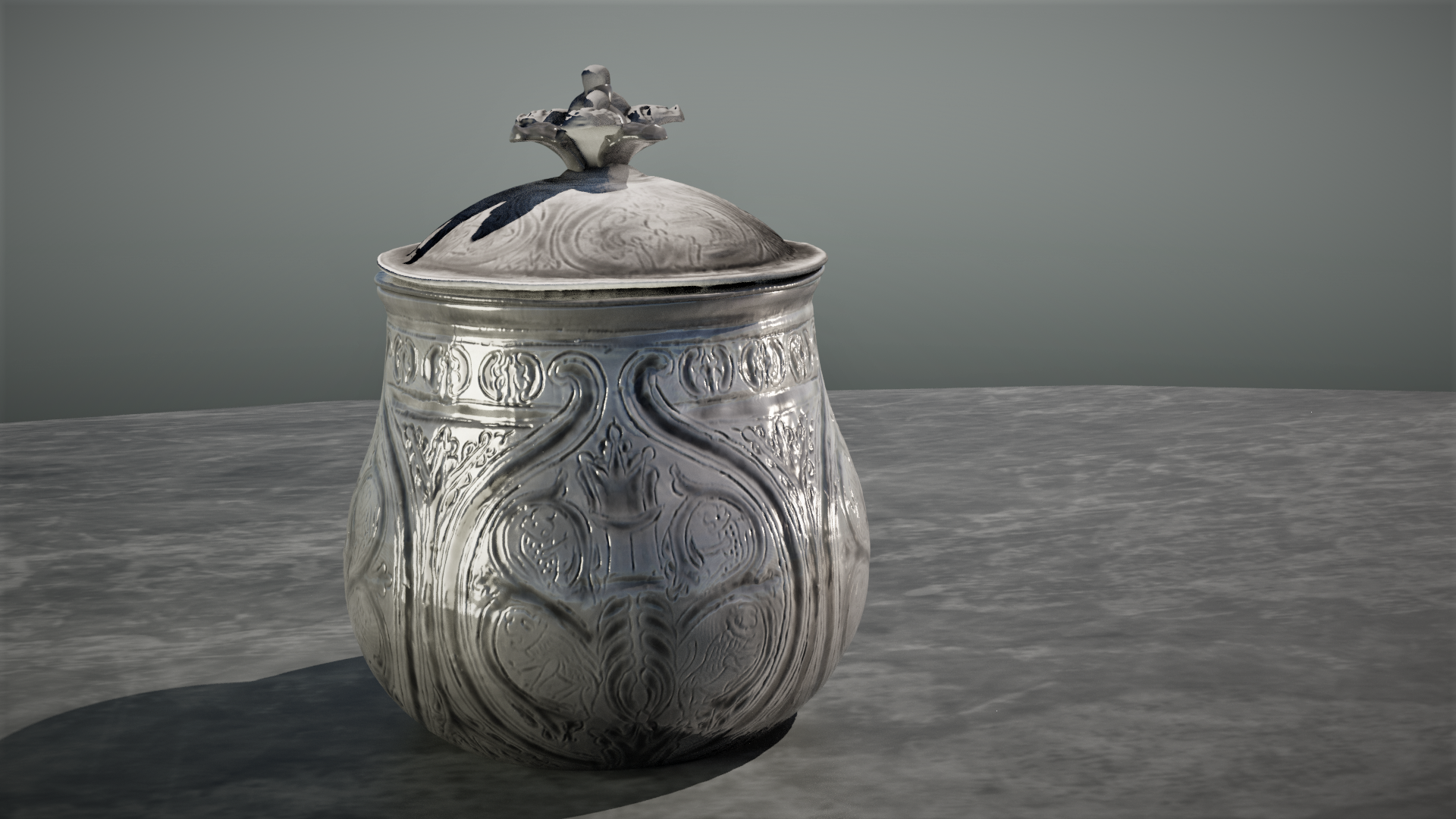 Discovering and decoding the secrets of The Galloway Hoard is a multi-layered process. Conservation of the metal objects has revealed decorations, inscriptions and other details that were not previously visible. Research into many aspects of the Hoard continues and will take many years. Some items are too fragile to be displayed, particularly those with rare textile survivals. The exhibition will use AV and 3D reconstructions to enable visitors to understand these objects and the work that is being done with them.

The Galloway Hoard will eventually go on long-term display at the National Museum of Scotland in Edinburgh with a 'significant and representative portion' of it also displayed long-term at Kirkcudbright Galleries. 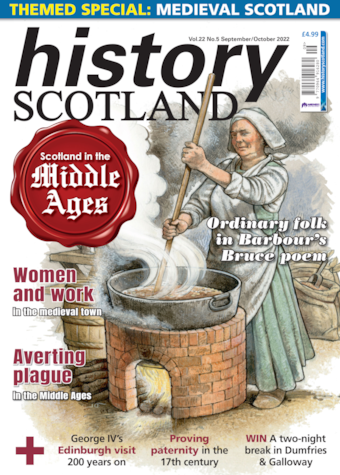 Check out our best deals here