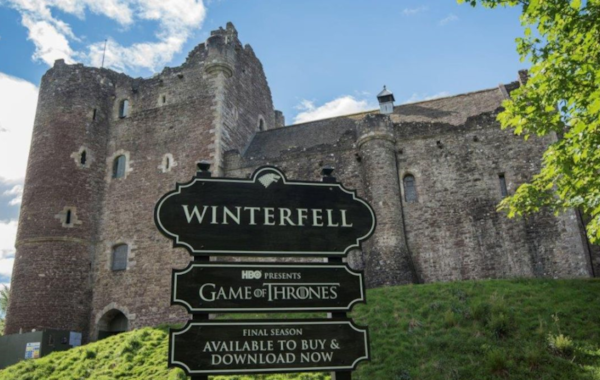 Doune Castle in Stirlingshire is one of four UK locations chosen to be temporarily renamed to mark the final season of the TV drama Game of Thrones.

Doune Castle in Stirlingshire is one of four UK locations chosen to be temporarily renamed to mark the final season of the TV drama Game of Thrones. For more on Doune Castle, see our guide here.

The 14th-century castle joins Essex, Blackpool and London's Convent Garden with a week-long rename in honour of Game of Thrones. Doune Castle will be named Winterfell after being used as the filming location for the Stark family home in the pilot episode.

The other sites will be:

Gillian Macdonald of Historic Environment Scotland, who care for Doune Castle, said: “We are delighted to be involved with the Game of Thrones takeover. Doune Castle was featured as the location for Winterfell in the pilot episode so it’s fantastic to be chosen as the much-loved Westeros location now that the TV series is coming to an end."

"We hope fans of Games of Thrones across the country will visit Doune Castle and enjoy following in the footsteps of Jon Snow and the Starks!"

The signs will be available to visit for a limited time to mark the Digital Download release of Season Eight.