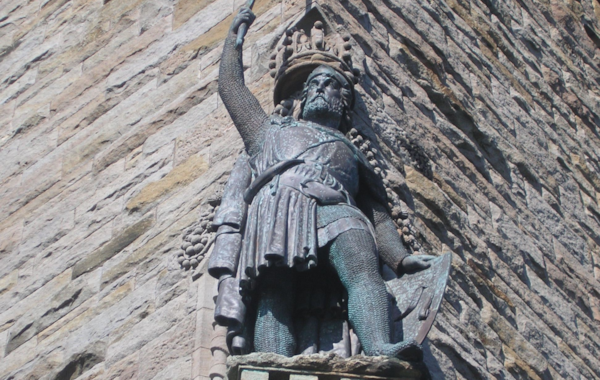 A giant bronze statue of Sir William Wallace that adorns the Wallace Monument is to be moved for the first time in its history, to allow conservation work to be carried out.

A giant bronze statue of Sir William Wallace that adorns the south-west corner of the Wallace Monument in Stirling is to be moved for the first time in its history, to allow conservation work to be carried out.

The work is part of a wider project that will see the visitor attraction close to visitors on 11 February 2019, before reopening this spring with a new-look interior. The National Wallace Monument has this week released new visuals that show how its exhibition galleries will be transformed as part of a £1m+ investment scheme now underway in the monument's 150th year.

The new-look interior will feature interactive activities, an immersive film, and enhanced foreign language content set across its three galleries. The  refurbishments, managed by Edinburgh-based design consultants Studioarc, have been designed to tell the story of Scotland’s national hero 'better than it has ever been told before', and to appeal to the diverse visitors that the Monument attracts from across the world.

A new insight into Stirling's history

The new displays will give focus to the story of the Battle of Stirling Bridge, where Wallace’s army famously defeated English forces in 1297. A detailed reconstruction has been created with expert guidance to show visitors how Stirling would have looked at the time of the historic battle. Wallace’s pivotal role in the Wars of Independence will also be told through a new animation created by Glasgow-based ISO.

The Hall of Heroes will be updated with the addition of two new busts depicting Scottish heroines Mary Slessor and Maggie Keswick Jencks. Other elements will be introduced specifically to engage children in history, including a superheroes quiz and a ‘making arms’ interactive shield design activity.

There will be an opportunity to find out more about the conservation work and interior refurbishments underway at a ‘Building a National Icon’ evening lecture on Thursday 21 March, where Dr David Mitchell, Director of Conservation at Historic Environment Scotland and Trustee of Stirling District Tourism, and Lyndsey Bowditch, Director at Studioarc Design Consultants, will discuss the work in greater detail.

For more on the National Wallace Monument, visit their website.