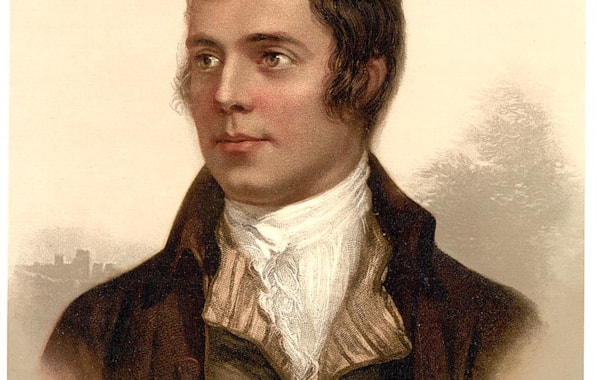 Novelist, playwright and performer Alan Bissett delves into the complex reality of Scotland’s national Bard in a new documentary, Inside the Mind of Robert Burns.

Burns fan Bissett explores the complex brain of Robert Burns and his many contradictions, from his love of women to his exploitation of them, from the republican fire-brand, who was also a social-climbing excise man, to the advocate of freedom who almost became a Caribbean slave master.

The documentary investigates, as Alan says: 'Robert Burns as a human being rather than as a symbol of Scottishness or masculinity or radicalism... So we’re going to illustrate different sides of Robert Burns – the good and the bad!'

The hour-long documentary, produced by Caledonia TV, takes a look at perceptions of Burns’ mental health through early attempts to interpret his genius through the new ‘science’ of phrenology from bumps on his skull, taken when his tomb was re-opened for the burial of his widow Jean Armour.

Phrenology may be nonsense – but what went on in Burns’ head still fascinates literary scholars and scientists. Alan will meet leading academics to reveal the results of the latest research in Burns scholarship.

That research diagnoses Burns as potentially having suffered from depression and prone to extreme mood swings, with bipolar disorder a possible diagnosis. One of Burns’ most famous poems Tam O’Shanter is now being interpreted as a journey through his abnormally high and low moods – literally facing his demons.

Along the way Alan also visits the Robert Burns Birthplace Museum in Alloway, Robert Burns Mausoleum in Dumfries and the Bard’s home at Ellisland Farm near Dumfries.

Inside The Mind of Robert Burns will go out on BBC Scotland on 21 January at 10pm, and will also be shown on Burns night at 9.40pm. It will be available on BBC iPlayer after its first transmission.