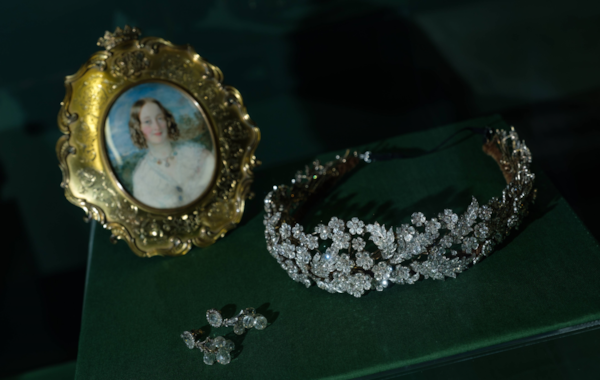 The 5th Duchess of Buccleuch in ITV's Victoria

Staff at Bowhill House in Selkirk are predicting a surge in visitors at the historic house’s Victorian age exhibition thanks to the ITV television series Victoria.

Staff at Bowhill House in Selkirk are predicting a surge in visitors at the historic house’s Victorian age exhibition thanks to the ITV television series Victoria.

Series two of Victoria has a new main character – Charlotte-Anne Montagu Douglas Scott, 5th Duchess of Buccleuch – played by the star Diana Rigg, famed for her roles in The Avengers and Game of Thrones.

Since the new character was introduced, a number of curious visitors have dropped by Bowhill’s ‘Love and Respect in the Victorian Age’ exhibition to find out more about the Duchess. And it’s likely they got a big surprise, as there are considerable differences between the small-screen character and the real-life Charlotte-Anne.

The real history of the 5th Duchess of Buccleuch

Helen Currie, House and Events Manager at Bowhill, said: “It’s wonderful that people want to find out more about Charlotte-Anne since the new series began, however it’s safe to say there has been a bit of creative license.

“The real-life Charlotte-Anne couldn’t be more different, as she’d have been in her thirties at that time, rather than her seventies!  However, the fact she is played by a big star like Diana Rigg will certainly pique people’s interest in learning more which is no bad thing.

“We have already had a number of visitors making reference to the TV series and we expect interest to grow as the series continues. The exhibition will be open until the end of September so we would urge fans of the series to stop by."

The exhibition provides a fantastic insight into the lives of both Charlotte-Anne and the 5th Duke, exploring how they lived, what they did to contribute to society and their own personal love story. It showcases a collection of rare and fascinating items that illustrate the story of Charlotte-Anne and the 5th Duke of Buccleuch. Exhibits include silver, porcelain, jewellery, books and manuscripts, paintings and miniatures.

The family’s links with Queen Victoria are highlighted, with a Visitors Book with her and Prince Albert’s signatures in 1842 and letters from the Queen on display. There is also an enchanting gold bracelet containing Victoria’s portrait and engraved with an affectionate message reaffirming the closeness of the ties.

The exhibition is open at Bowhill House, Selkirk, Friday to Monday, 11am-4pm, until the end of September 2017. Entry costs £6 or £4 if purchased with a House ticket. Entry to Estate and exhibition only costs £6 (£5 concession).