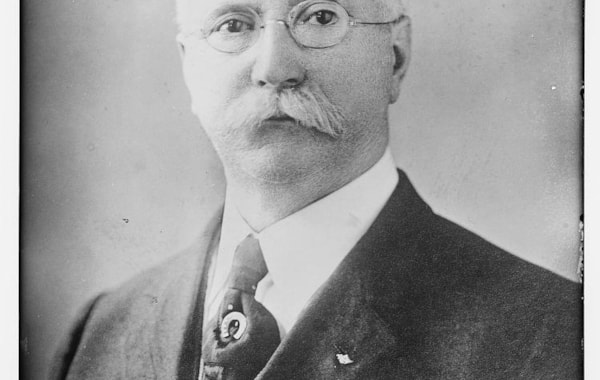 There are many reasons why Portlethen, Aberdeenshire, can be proud of James Duncan (pictured), who was born in nearby Hillside in 1857. After serving an apprenticeship as a granite cutter, Duncan escaped from a slump in the Scottish industry by emigrating to America. There he was to become President of the Granite Cutters National Union, from which position he promoted the eight hour day and old age pensions. He was appointed by President Woodrow Wilson to serve in an American delegation to Russia in a response to the communist revolution.

After the First World War, he participated in the talks in Paris which, in addition to trying to secure peace, also established the International Labour Organisation to promote workers’ rights. However within his Granite Cutters National Union, workers’ rights were not promoted for all American workers. James Duncan focused on securing contracts and favourable employment terms and conditions for white workers only.

The Aberdeen historian, Neil McLennan, has written an article in the July/August 2019 edition of History Scotland about James Duncan, in which he refers to the decision of the Aberdeen Trades Union Council not to fund a memorial to James Duncan, and states: “A Labour local elected member and union leaders, it appears, got cold feet when they discovered that Duncan’s own union, the granite cutters, did not accept black workers.”

The Aberdeen Trades Union Council and Portlethen’s Labour Councillor Alison Evison strongly refute this statement. The decision they took was the principled one that they could not fund a memorial to James Duncan from Trades Union Council funds, when presented with a request to do so by a local historian.

Tommy Campbell (ATUC) said: “Trades Union Council funds are there to support the aims and objectives of the ATUC. These include providing services to affiliated branches on a wide range of industrial, social and community issues, improving the economic and social conditions of all working people and promoting social, cultural, educational and sports facilities for all working people. Underpinning all of this work, are clear principles of equality and diversity and anti-racism. It would not be appropriate for ATUC funds to be used to commemorate someone who did not promote these principles, especially someone who worked so successfully for change in other areas.”

Labour Councillor Alison Evison said: “Any suggestion from Neil McLennan that the decision made by the ATUC not to fund a memorial to Duncan was due to “cold feet” is a total misrepresentation. The positive contributions made by James Duncan were in fact recorded in the ATUC’s own annual publication last year. However, the funds of the organisation must be used in a focused way to promote its own aims and objectives. We are living in increasingly challenging times, and must stand fast against all signs of racism and inequality. We see much in-work poverty and child poverty in our own communities and we need to work to address this. The priority of the ATUC must be the experience of current workers and their families, rather than a memorial to someone who did not practice equality or rights for all.”

The Aberdeen Trades Union Council is inviting people to find out more about its work by visiting on Doors Open Day in September. In addition, it would welcome approaches from local schools for use of the STUC’s “Unions into Schools” project.