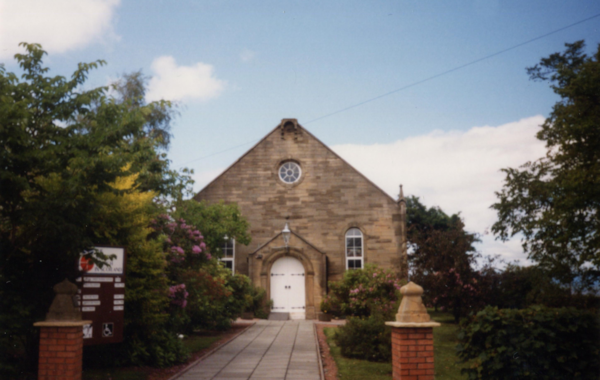 More than 10,000 historic photographs of Methodist buildings around Britain form the core of the launch of a new project from the Oxford Centre for Methodism and Church Building.

More than 10,000 historic photographs of Methodist buildings around Britain form the core of the launch of a new project from the Oxford Centre for Methodism and Church Building.

The new online resources provides access to tens of thousands photographs of Methodist buildings across Britain. British Methodist Buildings is available free and searchable, enabling users to find Methodist buildings from across the country and forms a useful resource for everyone interested in architecture, genealogy, heritage, local history and religion. Although at the moment there are only a small number of Scottish photographs on the database, plans are underway to expand the project to take submissions from new users.

Each photo on the website has a comment box and it's hoped that over time, people with knowledge of the buildings, recollections of events that happened in them, and those with family stories or anecdotes related to them will contribute their memories. Then, over time, the site will become a record of the buildings’ impact on people.

The photographs were taken from the 1970s onwards by Keith Guyler and Bill Smith, both amateur photographers who, independently of each other, toured Britain and made a record of every Methodist building they found, including those no longer in church use. This project illustrates the position of chapels as the vibrant hearts of communities, commemorated in British streetscapes by architecture which is sometimes exuberant, at other times plain and functional.

The story of each chapel is the story of community, and whereas some retain an active membership, others are no longer chapels or have been sold. Examples from the project show buildings repurposed as homes, garages, shops, storehouses, cowsheds, and myriad other uses.