Let's build a broch! Campaign aims to raise funds to build a replica broch in Caithness. 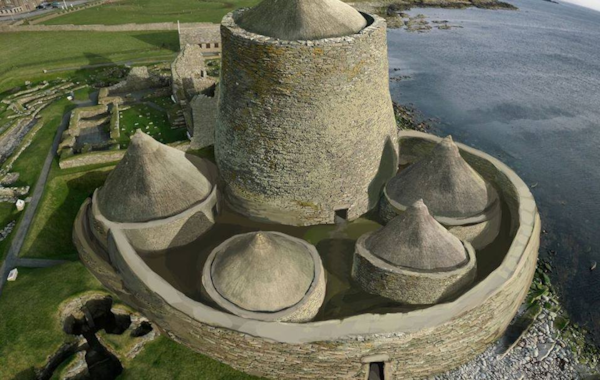 Visualisation of the replica Caithness broch

Archaeological charity Caithness Broch Project are calling on the public to help them as they look to take their ambitious plan to build a replica broch in Caithness to the next stage.

Archaeological charity Caithness Broch Project (CBP) are calling on the public to help them as they look to take their ambitious plan to build a replica broch in Caithness to the next stage.

The charity, who have been previously been active in promoting the archaeology of Caithness through a number of projects such as the ‘Caithness Broch Festival’ as well as the construction of a Lego Broch, hope to construct a replica ‘broch’ - an Iron-Age tower found across the Highlands and Islands - as part of a drive to promote the area’s heritage tourism.

Building the first broch in Scotland in 2,000 years

The group are now seeking donations from the public in a Crowdfunding campaign towards the development of a ‘project design brief’, which will enable them to progress their plans.

Kenneth McElroy, director with Caithness Broch Project, said: “The project design brief a document which will help to inform and refine a number of points concerning the project – from architectural design to sustainability. It is a vital component in the development of our plan to build the first broch in Scotland in over 2,000 years.

We think this is a really exciting opportunity not only for Caithness, but for Scotland, and we really hope the public will be able to help us on our way.”

How will the project progress?

CBP have recently selected consultants to help them develop the first stage in the architectural brief for the broch, which will help to determine the size and scope of the project, as well as answer crucial questions on certain architectural issues.

The architects will be Hoskins Architects, a leading architectural practice with studios in Glasgow and Berlin, working across Europe and across sectors, but with particular strengths in the areas of arts and heritage. They are joined by Jura Consultants, one of the UK leading management consultancies specialising in the heritage sector.

In addition to the Crowdfunding campaign and their own funds, CBP intend to apply to other funders to contribute towards the costs of the project design brief, which is valued at around £20,000.

The group have so far raised 25% towards their goal, (£1250), with the crowdfund campaign ending on the 31st January. You can donate to their appeal at the campaign website.