A major exhibition showcasing some of the finest paintings in the Royal Collection will be staged at The Queen’s Gallery, Palace of Holyroodhouse from March to September 2022.

Masterpieces from Buckingham Palace will bring together more than 30 spectacular works by artists such as Rembrandt, Rubens, Claude, Artemisia Gentileschi and Van Dyck to be enjoyed close-up by audiences in Edinburgh.

The paintings will be arranged by school, beginning with a group of pictures created in Italy between 1530 and 1660, including both figurative subjects and landscapes. Several Italian works feature idealised female figures derived from the study of antique sculpture. These include Guido Reni’s Cleopatra with the Asp, 1628, whose once-rosy skin seems to turn to cold marble before our eyes, and Parmigianino’s Pallas Athene, 1535, whose finely spun hair is as bright as the gold of her breastplate. In Judith with the Head of Holofernes by Cristofano Allori, 1613, Judith’s faultless complexion contrasts with the grotesquerie of her victim’s severed head.

Two atmospheric landscapes painted in Italy will be on display in Scotland for the first time. The diffuse golden light and harmonious composition of Claude Lorrain’s A View of the Campagna from Tivoli, 1645, feels a world away from the ominous skies and crashing waves of Gaspard Dughet’s Seascape with Jonah and the Whale, 1653–4, yet both demonstrate the expressive potential of landscape painting.

The exhibition will also contain a series of works created in the Low Countries between 1630 and 1680, the heyday of the so-called Dutch Golden Age. Scenes of everyday life, such as the leisurely card game depicted in Pieter de Hooch’s Cardplayers in a Sunlit Room, 1658, are imbued with an arresting realism through the artists’ command of perspective, colour and detail. 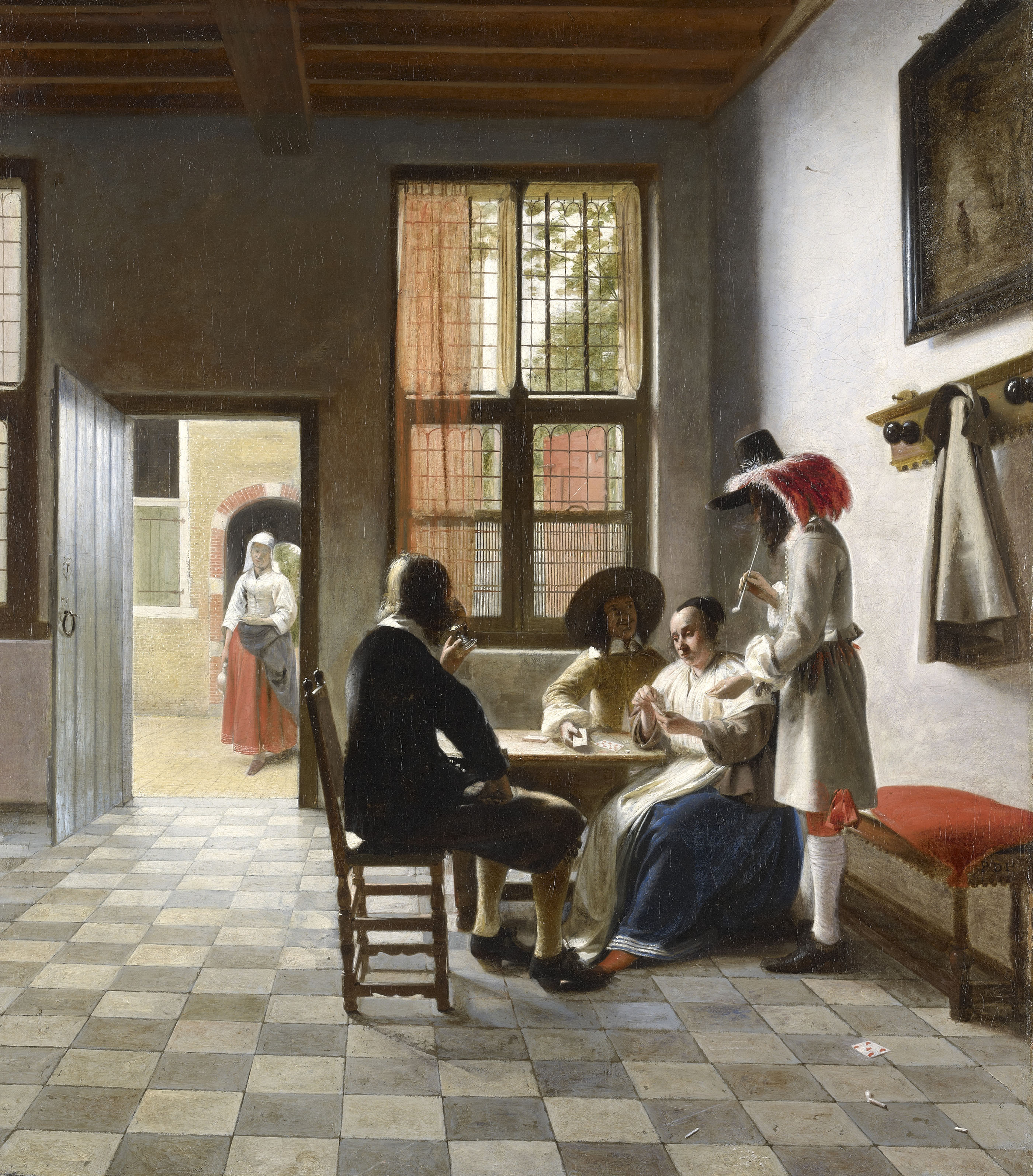 Compositional devices such as the false window ledges in Rembrandt’s Agatha Bas [pictured top], 1641, Gerrit Dou’s The Grocer’s Shop, 1672, and Jan Steen’s A Woman at her Toilet, 1663, project people and objects into the viewer’s space, heightening the illusion of three-dimensionality.

Artists from the Low Countries also produced works belonging to the more traditionally prestigious branches of art, such as narrative paintings and ambitious landscapes, often larger in scale. In The Farm at Laken, c.1617–18, Sir Peter Paul Rubens delights in showing us the natural beauty and fecundity of his Flemish homeland. While working in Rubens’ studio in 1618–19, a young Sir Anthony van Dyck produced Christ Healing the Paralytic, populating the canvas with dynamic figures in order to maximise the drama of the scene.

More than two thirds of the paintings in the exhibition were acquired by George IV, one of history’s most extravagant monarchs and a prolific collector of art. 2022 will mark the bicentenary of George IV’s visit to the Palace of Holyroodhouse in 1822. This was the first visit of a reigning monarch to Scotland for nearly two centuries and involved elaborate pageants organised by Sir Walter Scott.

Masterpieces from Buckingham Palace is at The Queen’s Gallery, Palace of Holyroodhouse, 25 March – 25 September 2022.

Visitor information and tickets for The Queen's Gallery, Palace of Holyroodhouse from the Royal Collection Trust website, T. +44 (0)30 3123 7301. From 25 March 2022 the Gallery will be open Thursday – Monday, remaining closed on Tuesdays and Wednesdays. Advance booking is advised.