Modern view of Flora MacDonald as mother, migrant and survivor 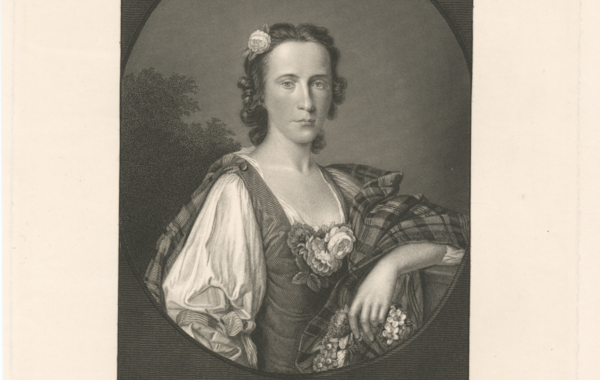 A new installation by playwright, theatre-maker and poet Belle Jones is set to open at Perth Museum and Art Gallery this summer, taking a look at the adventures Flora Macdonald experienced over her whole life: before, during and after her encounter with Prince Charles Edward Stuart (Bonnie Prince Charlie).

A new installation by playwright, theatre-maker and poet Belle Jones is set to open at Perth Museum and Art Gallery this summer, taking a look at the adventures Flora Macdonald experienced over her whole life: before, during and after her encounter with Prince Charles Edward Stuart (Bonnie Prince Charlie).

Though best remembered as the young woman who helped the Jacobite Prince “over the sea to Skye” following the Battle of Culloden in 1746 (for more on Culloden click here), the life of Flora Macdonald has been largely recorded through the words of men.

Engaging with women local to Perth, Belle has incorporated discussion and creative sessions during which Flora’s complex story has been explored from a female perspective, considering how she might have expressed herself in her own words. ICONS will present Flora Macdonald from a fresh standpoint, highlighting issues from her lifetime which are still relevant today.

Belle Jones said: “I’m always drawn to the stories of women, particularly those which are unheard or underrepresented. Growing up in Inverness, where the only statue in town was one of Flora Macdonald outside the castle, I was aware of her as the romantic heroine who helped Bonnie Prince Charlie escape after the Battle of Culloden. It was only in more recent years that I researched her story in depth and discovered there was so much more to her life than this.

"I’m interested in the way women in history are represented and what makes a legendary heroine. Working with text in a number of different ways and engaging with other women during the process, I hope to present Flora’s story in an accessible and interesting way, highlighting themes from her life which are still relevant to today’s women such as family, migration and why we choose the sides we choose during conflict.”

National Galleries Scotland (NGS) will be loaning Flora Macdonald and Prince Charles Edward Stuart as part of Jacobite Clans. It is also the first time these two portraits have been on public display outside Edinburgh.

‘Jacobite Clans ’ will highlight the role the Jacobites in the local area played in Scottish history.  The exhibition has been developed by working with external partners, such as Blair Castle and Archive, the Library of Innerpeffray, and National Galleries Scotland. A number of private collections have also allowed Culture Perth and Kinross to secure new loans for objects, some of which have never been on public display.

QUICK LINK: Women of Glasgow and the fight for the female vote