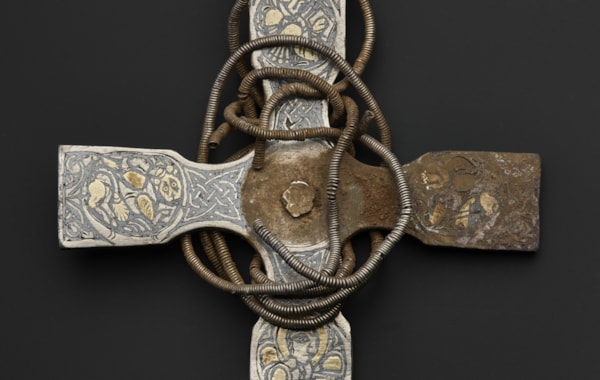 Viking-age treasure, iconic fashion and the most comprehensive exhibition ever mounted on tyrannosaurs are some of the highlights of the National Museums Scotland 2020 programme.

Announcing the programme, Dr Gordon Rintoul, Director of National Museums Scotland, said: “National Museums Scotland’s collection is almost unique in its breadth and variety. Our innovative programme of exhibitions and events for the year ahead celebrates the diversity of our collection and curatorial expertise. In 2020 visitors will have the chance to explore the world of cutting-edge high fashion, discover fascinating insights into British military history and get up close to the most feared and revered dinosaur of them all.”

The most comprehensive exhibition ever mounted on tyrannosaurs will make its only European appearance when it opens at the National Museum of Scotland in Edinburgh in January. The exhibition will explore the most feared and revered of all dinosaurs, bringing the latest discoveries in paleontology to life and challenging preconceptions about these ferocious predators. The exhibition will feature rare fossil specimens, cast skeletons including one of ‘Scotty’, one of the largest and most complete T. rexskeletons in the world, and incredible models of feathered dinosaurs.

The Galloway Hoard: Viking-age Treasure (29 May to 18 October)

The Galloway Hoard brings together the richest collection of rare and unique Viking-age objects ever found in Britain or Ireland. It is of international significance and will transform our understanding of this period of Scottish history. Buried at the beginning of the tenth century, it comprises in excess of 100 gold, silver and other items, some of which are unique.

The exhibition will display the key elements of the hoard, place it in a wider historical context and showcase the conservation and research work which is being undertaken to understand the hoard and its secrets. Following on from its display in Edinburgh, it will tour to Kirkcudbright Galleries, The McManus: Dundee’s Art Gallery and Museum and Aberdeen Art Gallery. This tour is being funded with support from the Scottish Government.

In 1926 Coco Chanel designed a simple, short black dress described by US Vogue as “the frock that all the world will wear.” Nearly a century later, the ‘little black dress’ has become a wardrobe staple, a symbol of femininity and a byword for chic. The exhibition tells the story of this iconic garment in high fashion, consider the role it has played in society and look at how technology is enabling designers to challenge entrenched notions of classical dress and upgrade the little black dress for the future. On display will be 60 iconic looks, including significant historic pieces by fashion houses such as Chanel and Dior alongside recent work by contemporary designers like Gareth Pugh, Christopher Kane, and Comme des Garçons.

The Declaration of Arbroath will be displayed at the National Museum of Scotland from 27 March to 26 April 2020, marking its 700th anniversary. The document has not been on public display for 15 years. The Declaration of Arbroath is one of Scotland’s most important historical documents, capturing a powerful call for the recognition of the Kingdom of Scotland’s sovereign independence.
Legacies of Empire (3 April 2020 to April 2021) will feature at the National War Museum. It will examine the varied motivations and circumstances around the acquisition of objects during colonial conflict by individuals in British military service.  Showcasing the findings of a major Arts and Humanities Research Council Project, Baggage and Belonging: Military Collections and the British Empire 1750-1900. It will highlight collections arising from British military campaigns in Africa and India which are held by national and military museums in the UK. The appropriation of objects has been a common feature of the history of human conflict within and beyond Europe. The collecting of relics, mementos and memorials, as well as diplomatic gifts and the role of connoisseur collecting and purchasing of artefacts by officers stationed overseas will be explored.
For more information, visit the National Museum Scotland website.
EXPLORE YOUR SCOTTISH ROOTS WITH THE HISTORY SCOTLAND 'TRACE YOUR SCOTTISH ANCESTORS GUIDE - DOWNLOAD NOW