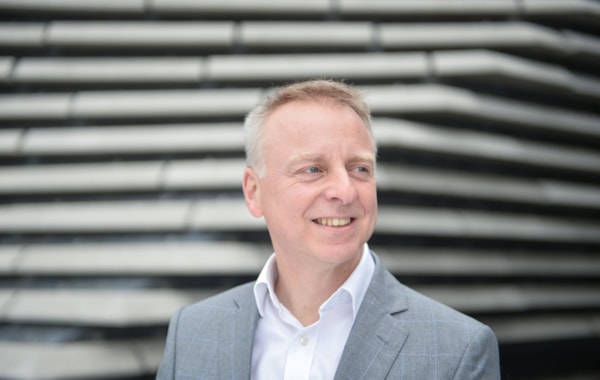 National Trust for Scotland has announced that it is to appoint Philip Long OBE, currently Director of V&A Dundee, as Chief Executive once Simon Skinner retires in July.

Philip Long is V&A Dundee’s founding director, appointed in 2011 to lead the development of all aspects of the museum from its early planning to its opening in September 2018.

Prior to his leadership of V&A Dundee, Philip was Senior Curator at the National Galleries of Scotland. His academic specialisation was developed during this time, in historic and contemporary Scottish and wider British art and design, on which he has curated many exhibitions and written widely.

He is an Honorary Professor of the University of Dundee, an Honorary Research Fellow of St Andrews University, a member of the British Council’s Arts and Creative Economy Committee, and a Board member of Creative Scotland. He is a Fellow of the Royal Society of Edinburgh and in 2019 was the recipient of a unique award for Transforming Scotland from the Institute of Directors.

He received an OBE in the New Year’s Honours List in 2020 for services to Culture and Heritage.

Sir Mark Jones, Chairman of the National Trust for Scotland said: “I can speak for the Board of Trustees in saying we are delighted that Philip Long has agreed to become the charity’s Chief Executive.

“His background in Scottish art and design is impeccable and his proven leadership skills, with which he led the V&A Dundee project to an acclaimed conclusion, will be a considerable asset to us as we face the challenges of the future.

“He has formidable knowledge of collections and exhibitions, which I am sure will be put to good use as we seek to make our properties more engaging and accessible to more people.

“I also want to offer my profound thanks to Simon Skinner.  He has selflessly agreed to stay on longer as Chief Executive to ensure continuity of leadership pending Philip’s arrival in July.

“Simon’s contribution to the reform and modernisation of the Trust over the last five years has been immense and his leadership skills have shone through yet again during the current public health emergency.”

Philip Long said: “It is a great honour to be appointed as the new Chief Executive of the National Trust for Scotland, an organisation which I greatly admire, and whose properties I’ve enjoyed for many years. The Trust is invaluable to our nation. The buildings and landscape in its care, which it makes accessible to millions of visitors every year, are truly world-class, defining our country’s heritage, culture and identity at its most outstanding. I am looking forward immensely to joining the Trust’s team and am fortunate to be succeeding Simon Skinner, who I would like to thank for his outstanding work.

“Leading the team which opened V&A Dundee has been a real privilege.  Scotland’s design museum has a remarkable, passionate team driving it forward and I wish them all the very best for V&A Dundee’s continued success and for the vital role it is playing in that city and nationally.”

V&A Dundee will begin recruitment for its Director immediately, led by Chair of the Board Tim Allan.