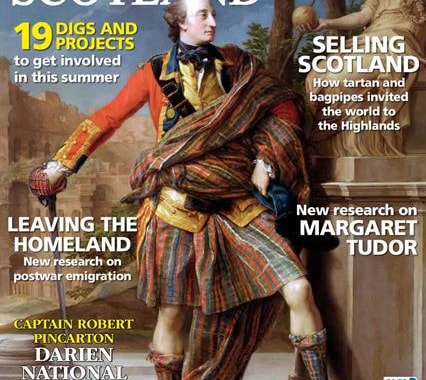 Most of us view Scotland’s foray into colonisation via the Darien scheme as something of a national disaster, not least because of the human suffering incurred and the many lives lost. Few of us would be able to nominate a hero or heroine who emerged from the experiment with their reputation intact, but that is precisely what Dr Julie Orr does in our article on Captain Robert Pincarton. Her new research identifies a man who showed skill and fortitude in negotiating the empire-building experiment and its descent into chaos, securing his release from the Spanish justice system and the threat of execution after he and his men were arrested.

The theme of strong characters continues in these pages with an article on Irish radical Michael Davitt’s tour of the highlands, and the conclusion of our pioneering Stewart queens series, exploring the life of the ‘English queen’ Margaret Tudor. The full series is now available to download as an ebook here.

Elsewhere in these pages we bring you news of the best things to see and do over the coming months, including an exclusive piece on National Museum Scotland’s major Wild and Majestic summer exhibition and a round-up of archaeology digs and projects you can take part in this summer.