Photo: The Countess of Rosslyn with the new stained glass window (Rob McDougall)

A new stained-glass window has been unveiled in Rosslyn Chapel to mark the 25th anniversary of Rosslyn Chapel Trust, the charity founded in 1995 to oversee its conservation.

The window - the first to be installed in 50 years - is the work of renowned artist Joe Tilson, RA.

The new window continues a tradition of stained-glass commissions at the Chapel, begun in the 1860s by the fourth Earl of Rosslyn. He engaged acclaimed designers Clayton & Bell to produce the windows in the Lady Chapel in memory of his parents. From 1950 to 1971, three were commissioned by the sixth Earl of Rosslyn, designed by Patrick Pollen, Carrick Whalen and William Wilson. The new window has been created by the Scottish Glass Studios in Glasgow, working to Tilson’s design.

The Earl and Countess of Rosslyn, who established Rosslyn Chapel Trust, said: ‘We have long admired Joe’s work. His recent series The Stones of Venice and his award-winning stained-glass at the 2019 Royal Academy Summer Exhibition convinced us that he was the perfect artist for this project. We approached him through Marlborough Gallery and his huge enthusiasm has been a delight. He has worked closely with our long-term glass conservator Mark Bambrough, to produce a window which is a joyous celebration of this chapter in the Chapel’s rich history.’

Mark Bambrough, Director of Scottish Glass Studios, said: ‘Scottish Glass Studios have been involved with the conservation and protection of Rosslyn Chapel's stained-glass since 2009. The Chapel has a collection of windows that has been appreciated and interpreted by the congregation and visitors alike for the last 150 years and so to make a new window, to complement the old, was a delight.  Being both a practising artist glass-painter and stained-glass conservator, I have always enjoyed overcoming new design challenges within a traditional craft form. However, realising another artist's vision brings further challenges, like keeping the sense of the 'artist's hand' and the 'tension' of the drawn line.

'As a functioning place of worship, Rosslyn Chapel uses imagery as a means of liturgical storytelling in the traditional medieval way. Joe's window design continues this tradition by presenting new ideas and symbolism of relevance for a contemporary religious audience, which will delight and intrigue the congregation and visitors.’

The new window marks the 25th anniversary of Rosslyn Chapel Trust, a charity founded in December 1995 to oversee the conservation and public opening of the Chapel. It is now also responsible for the care and conservation of nearby Rosslyn Castle, Collegehill House and a stretch of Roslin Glen. 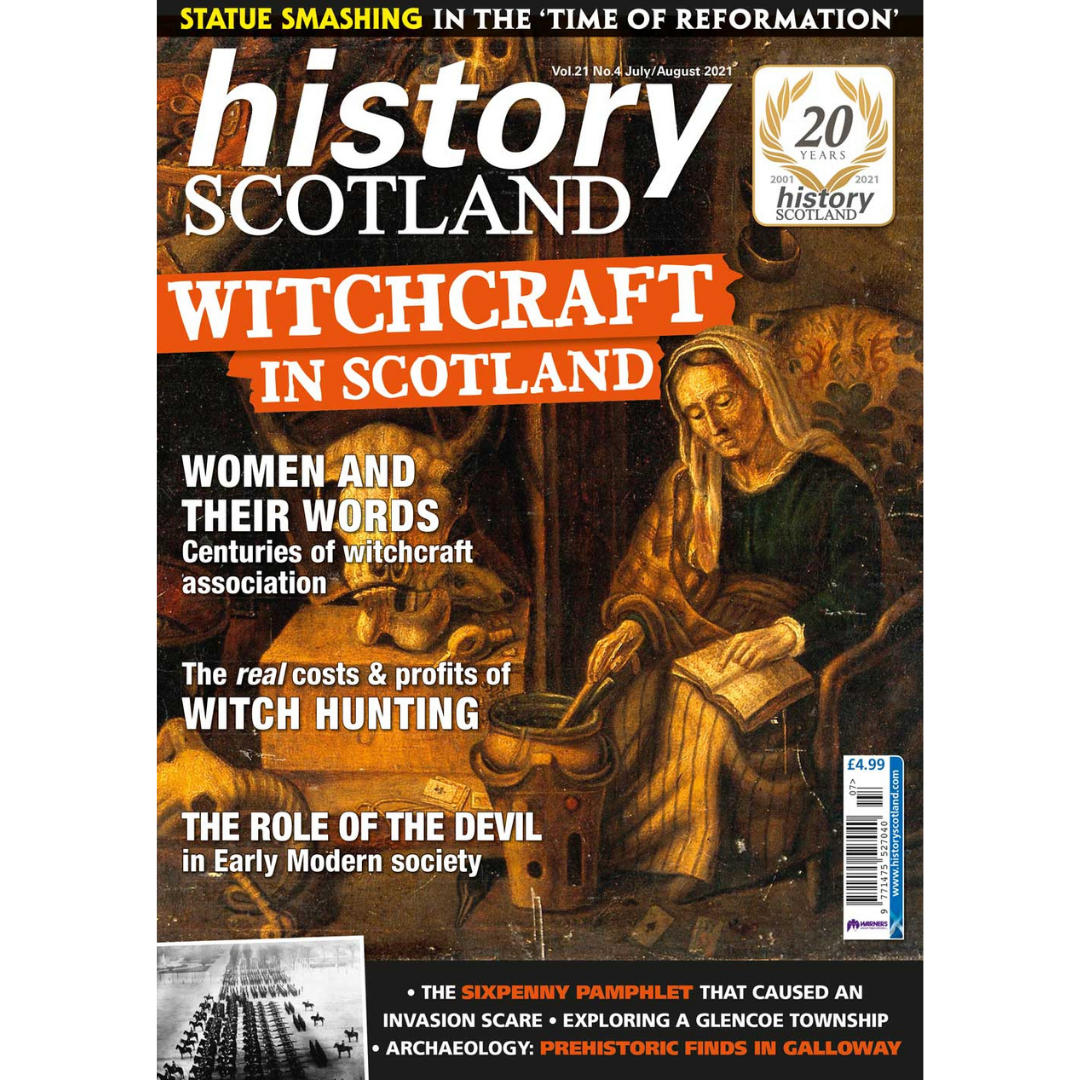 Enjoy a year of History Scotland magazine for just £20 with our 20th anniversary special offer!