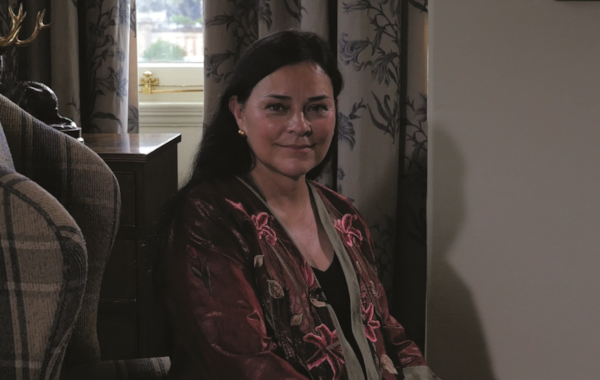 Outlander author Diana Gabaldon will be honoured at the Scottish Thistle Awards tonight (14 March), as a new VisitScotland research paper reveals the extent of the effect her creation has had on Scottish tourism.

Outlander author Diana Gabaldon will be honoured at the Scottish Thistle Awards tonight (14 March), as a new VisitScotland research paper reveals the extent of the effect her creation has had on Scottish tourism.

The US writer will receive a special “International Contribution to Scottish Tourism” award from VisitScotland at the Scottish Thistle Awards, the industry’s premier awards ceremony, to mark the 50th anniversary of the national tourism organisation.

The Outlander Effect & Tourism paper, published today by the tourism body’s Insight team, reveals that attractions used in the popular television adaptation of her famous novels have seen visitor numbers grow by 67% since 2013, from 887,000 to 1.5 million.

Screen tourism, or set-jetting, whereby viewers visit their favourite on-screen location, is a growing trend in Scotland and nowhere is it better seen than in the effect on Outlander filming locations.

Doune Castle which doubles as Castle Leoch in the popular TV series (read more here) has seen the largest surge in visitor numbers – 226.5% in the last five years to 2017, from 38,081 to 124,341 – followed by Blackness Castle (181.7%), which features as Black Jack Randall’s headquarters, and Glasgow Cathedral (66.8%), which played a French hospital.

As part of the Insight paper, all Scottish visitor attractions were surveyed to discover how screen tourism and Outlander has impacted on their business. Almost all respondents considered screen tourism as positive for the industry and a fifth of attractions located adjacent to filming locations said they saw an increase in visitors.

The findings also reveal that the dedicated Outlander page on visitscotland.com was the fifth most popular VisitScotland webpage in the time between the broadcast of Season Three and Season Four of the TV series – with Scotland’s standing stones, castles and ancestry among the most popular link clicks.

Diana Gabaldon, author of the Outlander series, said of the award: “I'm deeply honoured, and so pleased, at being given the Thistle Award. To be quite honest, I chose Scotland as the setting for my first novel because of a man in a kilt, but upon looking into things more deeply, was enchanted to discover a country and a people like no other, whose traditions and history are as strikingly beautiful as its landscapes.”

Malcolm Roughead, Chief Executive of VisitScotland, said: “The impact of Outlander on Scotland has been truly extraordinary. It has been amazing to see the global reaction to Diana Gabaldon’s stories of adventure, romance and Scottish history – and the subsequent television adaptation – and seeing it translate into visitor growth for Scotland.

“Screen tourism continues to be a growing trend, however it is Outlander which has been the story in recent times, inspiring millions of visitors, from the USA to Europe and even China, to embark on their own Scottish adventure.

“Over 200 years ago Sir Walter Scott published his first historical novel, Waverley, which inspired visitors and helped create the modern tourism industry. It seems only fitting that during our golden anniversary, when we celebrate the major milestones of Scottish tourism over the last 50 years, we recognise another Jacobean tale and its author for inspiring many more.”