A series of events at the Palace of Holyroodhouse in Edinburgh will mark the 200th anniversary of George IV’s first visit to Scotland – the first time a reigning monarch had visited Scotland in almost two centuries.

George IV came to the throne in 1820, and two years later was encouraged by government ministers to visit Scotland. The visit was masterminded and stage-managed by the author Sir Walter Scott.

Scott planned a series of spectacular ceremonies, processions and receptions, all accompanied by splendid pageantry. The King landed at Leith on 15 August 1822 and processed through Edinburgh in an open carriage, cheered by thousands of people who lined the streets hoping to catch a glimpse of the new monarch.

On arrival at the Palace of Holyroodhouse, the king took part in the Ceremony of the Keys – a scene famously captured by the Scottish artist Sir David Wilkie. The painting, which can be seen during a visit to the Palace, shows Scott overseeing the ceremony and a chorus of enthusiastic spectators clambering over every part of the Palace to get a view of the king.

Scott encouraged both the king and members of the Scottish nobility to wear tartan during the festivities, with the king wearing full Highland dress to his first levee at the Palace on 17 August.

Highland dress had been prohibited as everyday wear in Scotland after the Jacobite uprising of 1745, but Scott’s instructions encouraged the public to see the wearing of kilts as not just legal again, but also fashionable, and the occasion was pivotal in establishing the kilt as the national dress of Scotland.

On Monday, 15 August, visitors to the Palace can enjoy free short talks exploring the role the royal residence played in this historic visit.

A study morning with Royal Collection Trust curators on Wednesday, 17 August will include a tour of the spaces used by the King and will delve into George’s love of ceremony and spectacle, his extravagant collecting tastes (including many of the masterpieces currently on display next door at The Queen’s Gallery), and the legacy of his visit for the city of Edinburgh.

On Thursday, 18 August, an hour-long talk will explore the friendship between George IV and Sir Walter Scott, and describe how pivotal Scott was in shaping the King’s visit. 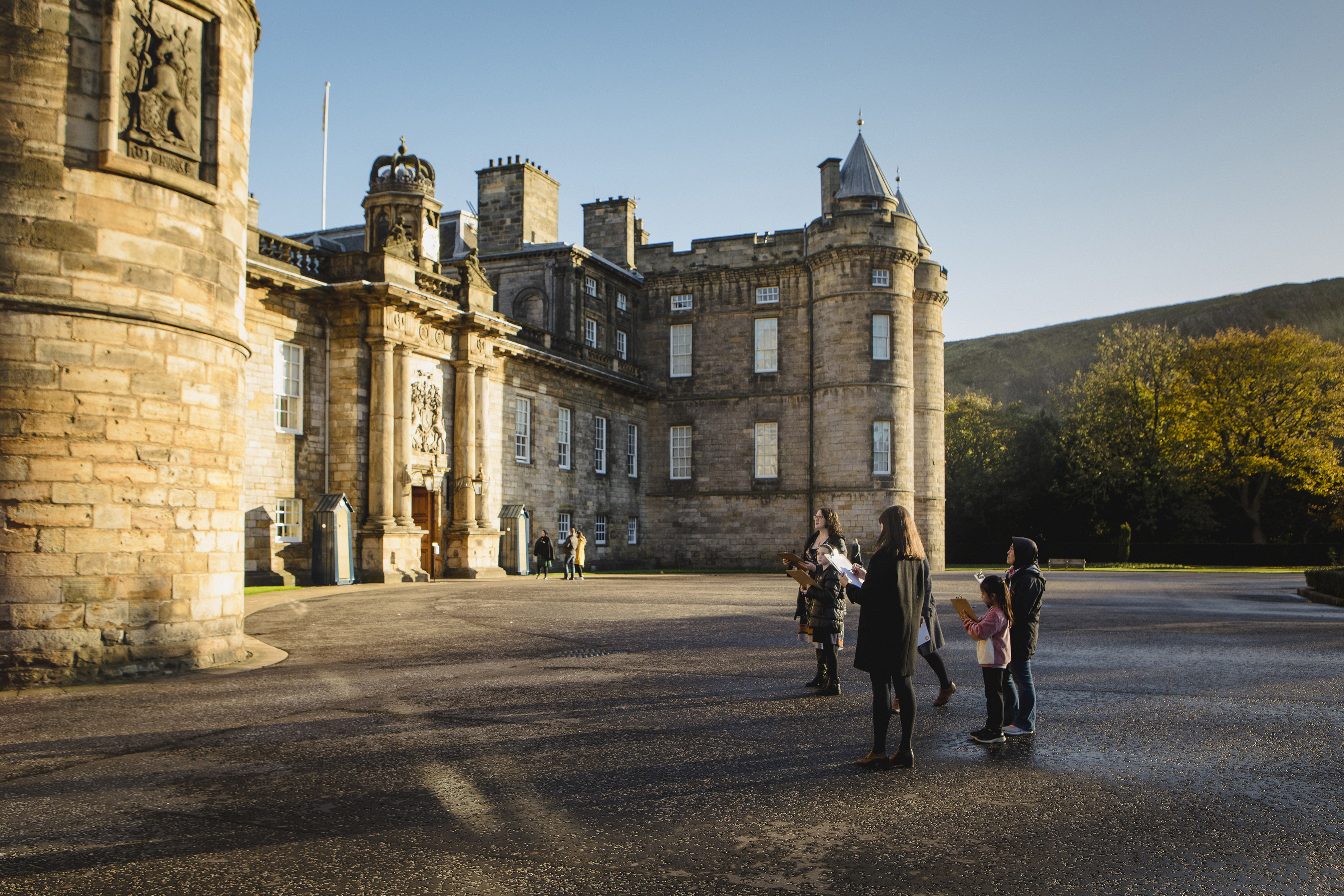 The Edinburgh Sketcher returns to the Palace of Holyroodhouse on Friday, 19 August, with workshops that invite participants to take inspiration from the rooms, paintings and objects connected with the King’s stay at the Palace in order to create their own sketches to take home.

On Saturday, 20 August, families visiting the Palace of Holyroodhouse can enjoy fun, free activities and short talks that bring to life the story of the King’s visit and can even make a special commemorative medal to take home, just like the ones made for the King’s visit 200 years ago.