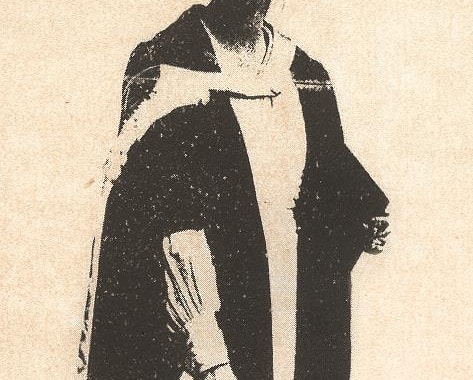 Pioneering alumni who battled to improve the workplace for women are being honoured to mark the University of Edinburgh Business School’s 100 anniversary.

Pioneering alumni who battled to improve the workplace for women are being honoured to mark the University of Edinburgh Business School’s 100 anniversary.

As part of the celebrations, University of Edinburgh Chancellor, HRH The Princess Royal, will meet students and researchers to hear about pioneering new initiatives and the School’s remarkable alumni.

Margaret Stevenson Miller (pictured) was the first student to graduate from the School, with a degree in Commerce in 1920. An esteemed writer and academic, she was fired from her job as lecturer after marrying in the 1930s as, for women, marriage was generally considered incompatible with a career.

The Edinburgh graduate went on to campaign for the rights of married women to earn, informing debates in Parliament, influencing newspapers and taking part in protests.

Birna Einarsdóttir, who graduated with an MBA in 1993, will also be celebrated. The CEO of Íslandsbanki rallied her staff and created a new strategy for the bank when Iceland’s banking system collapsed in 1998.

As well as closing the gender pay gap at Íslandsbanki, Birna was an active voice in the nationwide campaign that saw Iceland become the first country in the world to legally enforce equal pay for men and women.

As part of the centenary celebrations, the Business School will launch new scholarships for MBA and MSc programmes, which aim to promote inclusivity and diversity. They will support students who face financial barriers to study and those who have contributed to LGBT+ communities.

Professor Wendy Loretto, Head of University of Edinburgh Business School, said: “Like our early founders, our students, staff and alumni have continued to break boundaries and pave the way with entrepreneurial initiatives and thinking. We hope our new scholarships will encourage more people to consider a career in business. As the world becomes more complex, it is important that institutions such as ours positively contribute to organisations, management practice and – ultimately – to a better future.”

When the Business School was founded in 1919, the UK was suffering the debilitating social and economic effects of the First World War. To counter this, local business leaders – including the Edinburgh Chamber of Commerce, the Society of Accountants and Institute of Bankers – joined together to raise £30,000 for the University to create its first degree in Accounting and Business. Today, the School is home to more than 1,800 students from more than 60 different countries.