Prince on the Run: exhibition tells the story of Bonnie Prince Charlie's escape 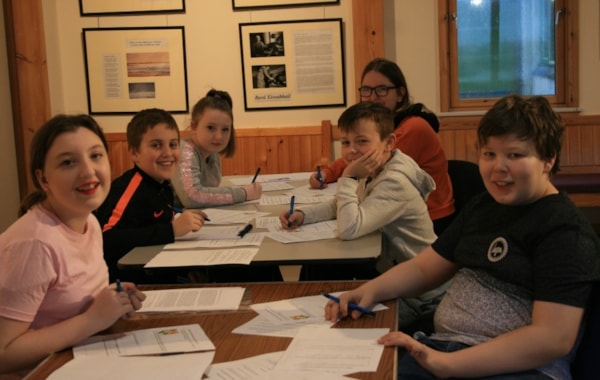 Members of the Future Curators Group at Kildonan Museum

A display featuring gifts exchanged between Bonnie Prince Charlie and Flora MacDonald are included as part of Prince on the Run, an exhibition at Kildonan Museum (Taigh-tasgaidh Chill Donnain), South Uist.

The Future Curators Group of Kildonan Museum have launched the exhibition with material on-loan from National Museums of Scotland and Armadale Castle in Skye.

A Prince on the Run tells the story of how Bonnie Prince Charlie’s escape was aided by Flora MacDonald and reveals the ancestral ties between South Uist and Napoleonic France.

The display features gifts exchanged between Bonnie Prince Charlie and Flora MacDonald as well as personal items of Jacques MacDonald, military leader during the French Revolutionary and Napoleonic Wars. The Future Curators group have researched these items and have reflected upon their stories and meaning.

This is the first exhibition of the Future Curators Group and they hope there will be many more in the future. Find out more about the exhibition and Kildonan Museum by visiting the museum website.