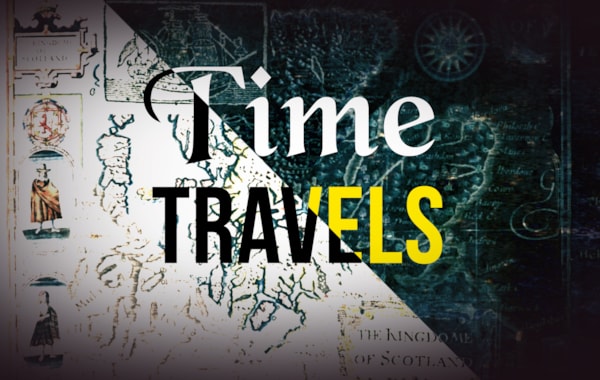 After three years of history broadcasting, Radio Scotland's Time Travel will now have its own podcast, starting on 1 October.

The weekly show will be available to download on BBC Sounds, with the episodes forming a history library over time.

Time Travels combines Scots historical research with comedian and broadcaster Susan Morrrison's enthusiasm and flair for uncovering the personal angle. The podcasts will feature historians from across the Scots diaspora - Americans, Australians, Canadians as well as home grown talent.

Tales from the past

Susan’s producer and side-kick Dr Louise Yeoman, who co-presented the podcast Witch Hunt is on hand too for more witch stories and to help with detective work. She said: 'In this series we take a case of 19th-century rape and probable murder, blown open by an anonymous letter and reveal the likely sender. We look into domestic violence and double standards in the courtroom.

'We discover the husband who dobbed in his wife as a witch, and how Glasgow dealt with its feisty women. And pirates - not of the Caribbean but of the wild South West from Kirkcudbright and Kintyre, and finding out the truth about Highland bandits - that far from being romantic they’re more like Begbie in a kilt.

'We’ll have top tips on how to stop a plague by repenting of your sins, and we’ll increase your Scots vocabulary with insults like lukenbrowit witch and mensworn dog.'