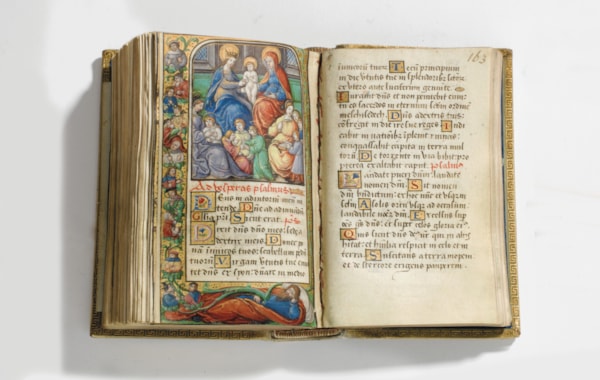 The prayer book is illuminated and decorated with a cycle of forty miniatures painted by the Master of François de Rohan, one of the most sought-after artists of the court of King Francis I (r. 1515-1547). Christie's explain, 'This sale presents a rare opportunity for collectors to acquire a significant addition in terms of the very limited number of illuminated manuscripts that can be directly connected to Mary Stuart.'

When was the manuscript created?

The manuscript was conceived, written, and lavishly illuminated for Louise de Bourbon-Vendôme, abbess and head of the Royal Abbey of Fontevraud (1534-1575). Louise entered Fontevraud as a baby and took the robe at the age of fifteen. In 1521, she became its great prioress and on 23 October 1534, Louise’s aunt, Renée de Bourbon, lying on her deathbed, designated her to succeed as abbess. 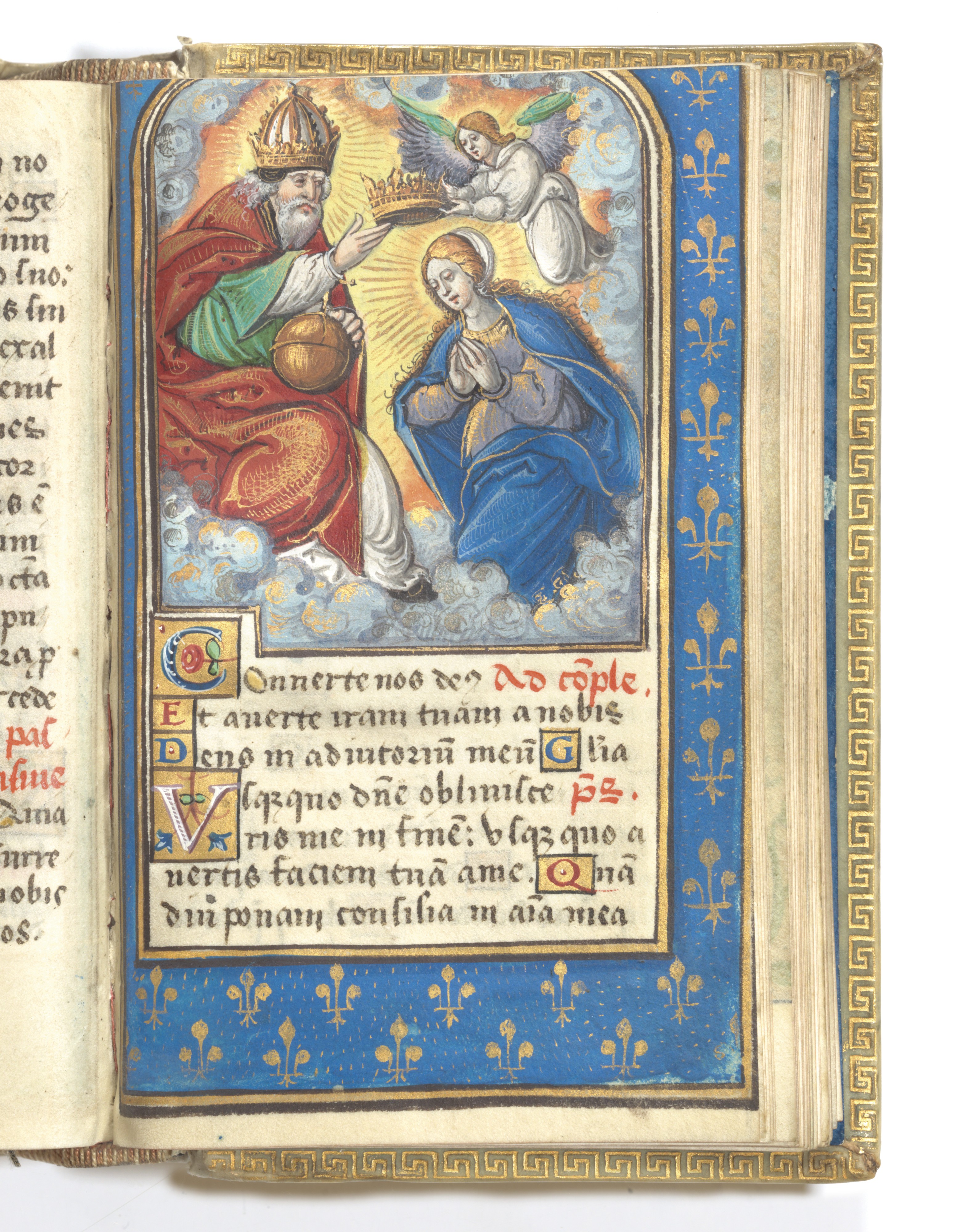 Between 1558 and 1561, the manuscript was given by Louise de Bourbon to her grand-niece Mary Stuart, who left a signed token of their mutual affection on one of the endleaves, along with her monogram, and her motto, at a time when the Queen of Scots had already become Queen of France and was soon to meet her tragic fate. 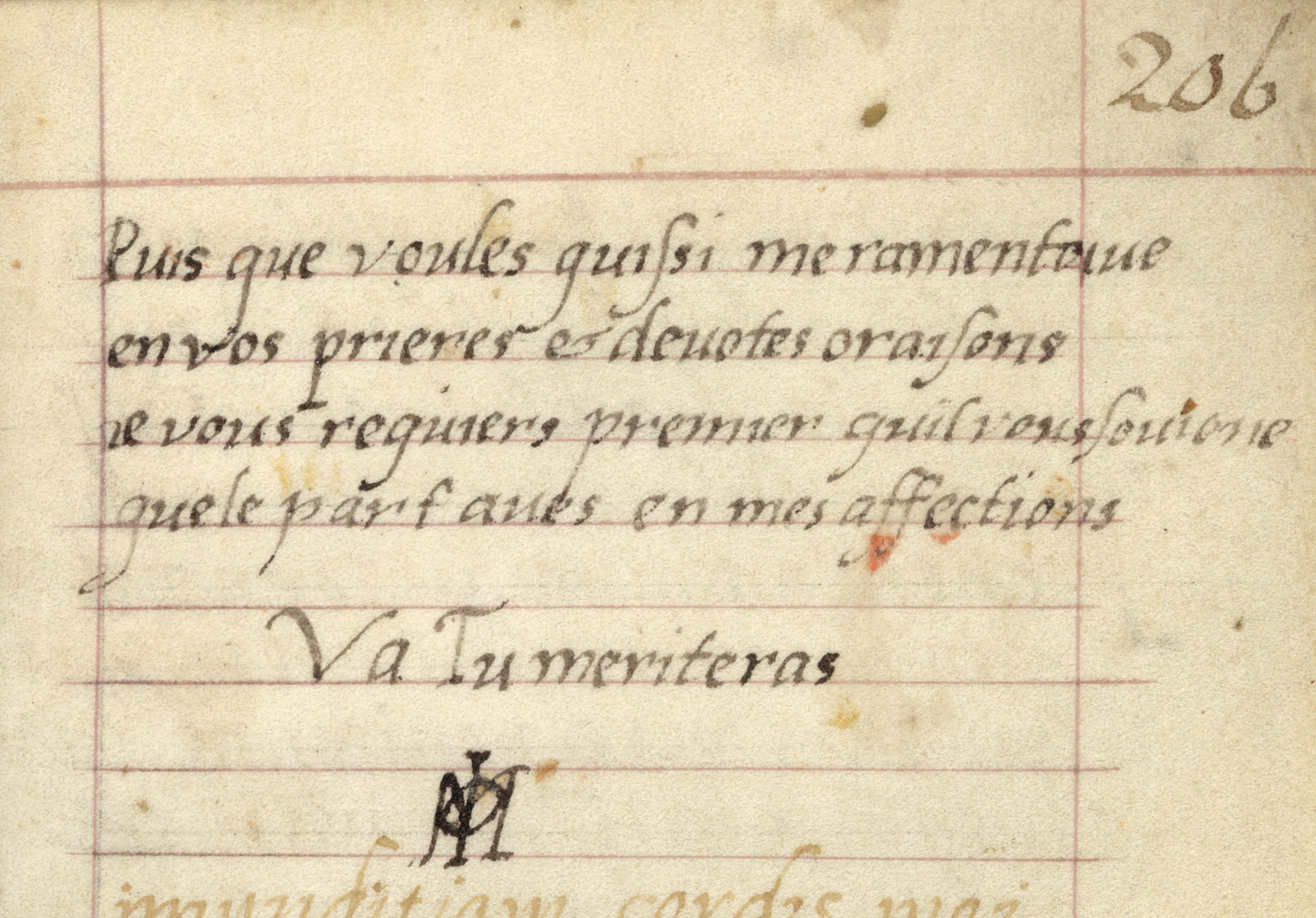 It is likely that the manuscript returned to Scotland with Mary in 1561. It was in England in the late 18th or early 19th century, when it was rebound by the Edwards family of Halifax, active in Pall Mall (London) and Halifax (Yorkshire). The narrative scenes painted in grisaille under translucent vellum are characteristic of the method patented by James Edwards in 1775. It then passed to the Hale family of Alderley, Gloucestershire.

Their bookplate in the present manuscript represents the Upper House of Alderley, rebuilt in the 18th-century at the country seat that was purchased by their ancestor, Sir Matthew Hale (1609-1676), Chief Justice of the King’s Bench in 1671.

Eugenio Donadoni, Christie’s Specialist in Medieval and Renaissance Manuscripts, London, comments, “This is a fleetingly rare opportunity to acquire a lavishly illustrated royal prayerbook that was owned and affectionately inscribed by one of the most intriguing figures in Scottish and European history: Mary Stuart, at a time when the Queen of Scots had already become Queen of France and was soon to meet her tragic fate.”

THE PRAYER BOOK OF MARY QUEEN OF SCOTS