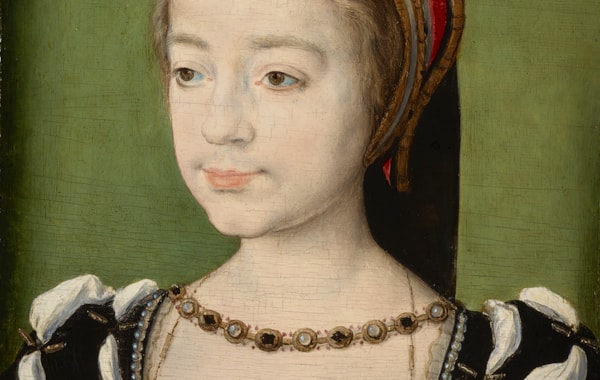 A newly discovered and unpublished portrait by Corneille de La Haye, depicting Madeleine of France, who married James V of Scots, is to be offered for sale at London Art Week (2-16 July).

The 'beautifully preserved portrait' by the Valois court artist Corneille de Lyon depicts Madeleine of France (1520-1537), daughter of François I (1494-1547).

The work is to be offered for sale at London Art Week this July.

Madeleine of France, the 'Summer Queen'

At the time this portrait was painted, the sixteen-year-old princess was being courted by James V  (1512-1542), with the couple marrying in January 1537. James V travelled to France in September 1536 to marry a French princess to cement the 'auld alliance' between France and Scotland.

Although he was initially contracted to marry Marie de Bourbon (1515-1538), James instead became infatuated with the French king's favourite, but sickly daughter, Princess Madeleine. The feeling was apparently mutual, and the young couple persuaded François I to break the contract with Marie de Bourbon and give consent to their marriage. This he did reluctantly due to Madeleine's particularly delicate health, for she was already suffering from tuberculosis.

The couple were married at Notre Dame in Paris on 1 January 1537, after which they waited until the milder spring weather for their departure for Scotland. On the young royals' arrival in Leith on 19 May 1537, Madeleine's health was fast deteriorating, and tragically on 7 July 1537 she died at their palace, Holyroodhouse, before she'd had an official coronation.

Madeleine's reign was so short - not even two months - that she became known as the 'Summer Queen'. James subsequently married Marie de Guise, their daughter becoming Mary Queen of Scots.

Corneille de La Haye, called Corneille de Lyon, was a Protestant Dutch émigré artist and one of the finest portrait painters of the French Renaissance. His art was strongly influenced by the tradition of the portrait miniature, following the lead of Jean Perréal (b.after 1450 – d.after 1530), and in this respect his work also shared an affinity with his near-exact contemporary in the French royal court, François Clouet (c.1516–1572).

All his works are bust- or half-length, lit dramatically from the side and usually set against a green background, as here. 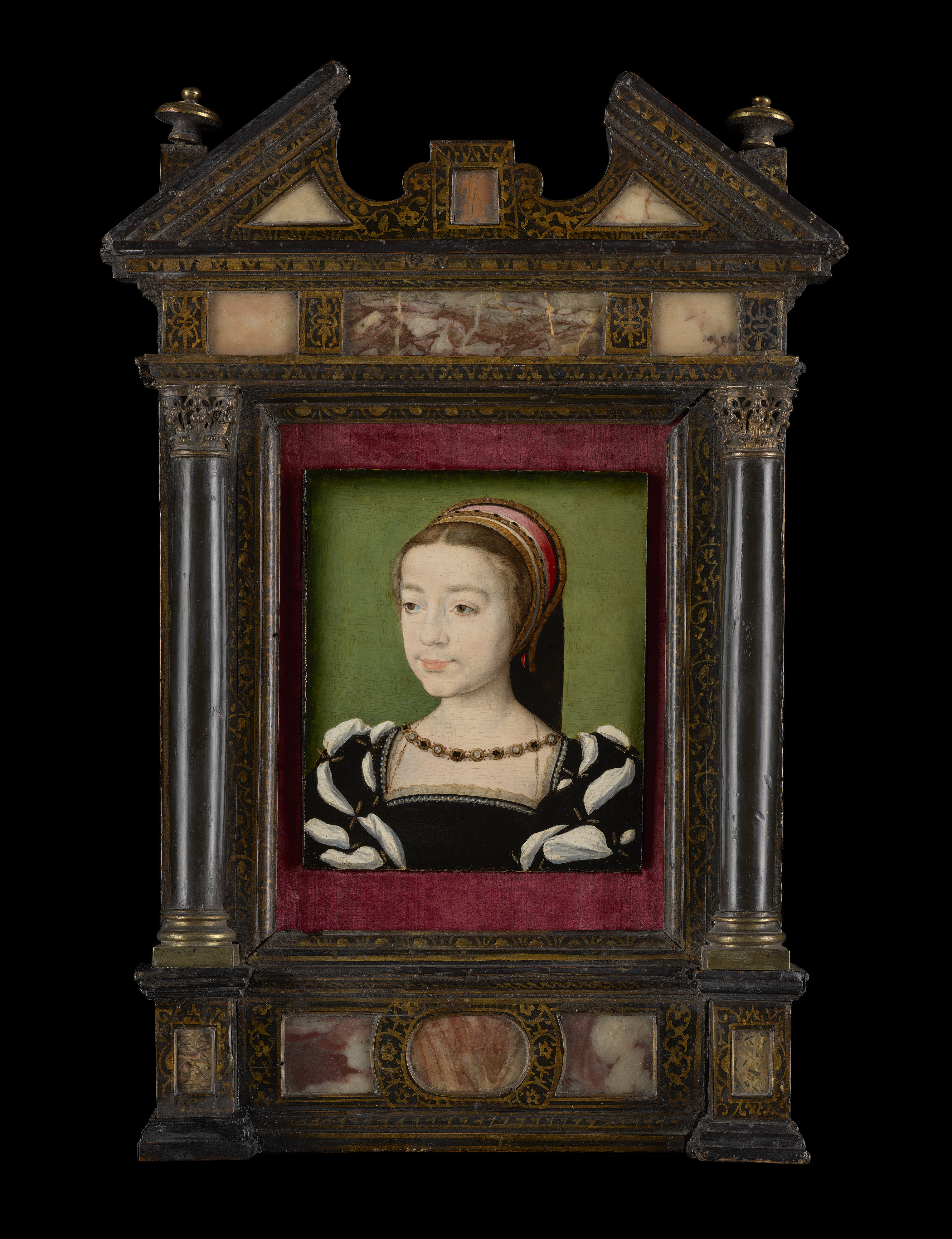 This hitherto unrecorded portrayal of the ill-fated princess is almost certainly Corneille’s ad vivum original.  Recent infra-red reflectography has revealed ‘the presence of a freely applied underdrawing’, corroborating the spontaneity of a painting drawn from life.

Although Madeleine’s iconography based on this portrait type was already known through several versions – some from the Corneille studio and others of a much later date – all are of varying and lesser quality than the present work. The closest is a tondo replica at the Fogg Art Museum, in which she wears an identical dress with Italianate sleeves of white silk emerging from slashed black velvet.

In all of Madeleine’s iconography, the facial similarity to the current portrait is clear, with its delicate oval shape and her petite nose. Likewise, in all of her portraits, she is depicted in the exact same head-dress and jewelled necklace, with distinct, lozenge-shaped diamonds interspersed with pearls and rubies. Madeleine is even depicted wearing the same necklace in the later miniature group portrait with her mother, Claude of France, and other kinswomen, forming part of Catherine de’ Medici’s Livre d’Heures (Bibliothèque Nationale de Paris), of the 1570s.

For more on paintings featured in London Art Week, visit the website.

Private collection, France, from at least the mid-19th century, and very likely substantially longer, until 2019