Seignelay Colbert of Castlehill - plans announced for conference in 2020 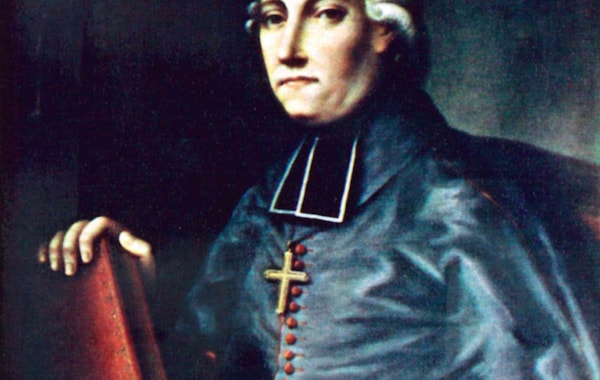 The life of Inverness-born Seignelay Colbert of Castlehill will be explored in a conference to be held in September 2020.

The life of Inverness-born Seignelay Colbert of Castlehill will be explored in a conference to be held in September 2020.

Born into the Colbert family of Castlehill in Inverness in 1735, Colbert was very much a man of the 18th century. He was originally known as Seignelay Cuthbert until he emigrated to France and wished to benefit from the support of his alleged cousins the Jean Baptiste Colbert family.

Once in France, Colbert played an important role as a bishop and administrator in the years preceding the French Revolution, presiding over the provincial assembly of Haute-Guienne from 1781 to 1789 as Bishop of Rodez, and later being elected as deputy to the Etats Généraux, and a member of the constituent assembly. Colbert was the author of two books: one on the laws of nature and the other on a project for a universal peace treaty. As one of the great minds of his day he enjoyed corresponding with fellow authors, including Adam Smith, who wrote to Colbert that he was so bored in Toulouse that he had decided to write a book (which would be Wealth of Nations).

He died in London in 1811 after refusing the concordat between Napoleon and the Pope in 1801 and taking over as head of the dissident 'Petite Eglise' (Little church: dissidents from the Roman Catholic Church).

The website is a work in progress and has lots of information about Colbert and his times, including a timeline, image gallery, Colbert family history and the ongoing progress of the planned symposium.