Sheffield Manor Lodge, where Mary Queen of Scots was imprisoned, reopens to visitors 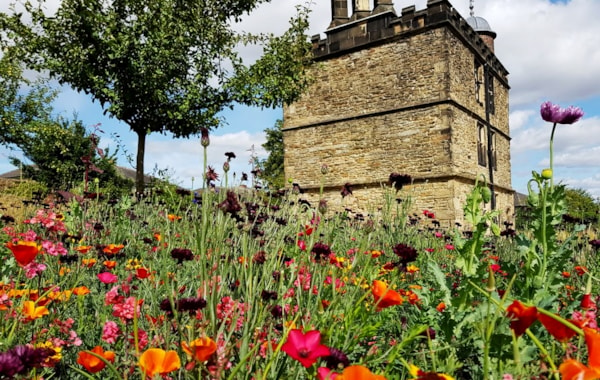 Sheffield Manor Lodge in Yorkshire is reopening its Tudor Turret House for visitors to explore the story of Mary, Queen of Scots’ time in captivity.

Visitors to the historic attraction will have the chance to meet Bess of Hardwick and see a banquet fit for royalty, as well as discovering how Mary passed her time in Sheffield.

Sheffield Manor Lodge was originally a 12th-century hunting lodge on a deer park and was extended extensively at the start of the 16th century by the 4th Earl of Shrewsbury.

One of its most famous guests was Mary Queen of Scots, who was held in the custody of George Talbot for 15 years from 1569; 14 of them in Sheffield, and often at Manor Lodge. Though a prisoner, Mary was treated as a queen, at great expense to Bess and her husband George Talbot, 6th Earl of Shrewsbury.

In the ensuing centuries, the once important building fell into disrepair, with part of the structure demolished and other sections damaged or used for local building projects. The Turret House remained in good condition because it was used as a farm building.

Amongst the ruins there is an apothecary’s garden, lavender labyrinth, and the rooms that Mary and Bess would have wandered to discover. The grounds are now a meadow haven, beginning to showcase their colour throughout May and on until September.

Sheffield Manor Lodge is open every Sunday with self-led tours. Guided tours will resume from 28 June 2021. Tickets can be booked in advance on the Manor Lodge website.