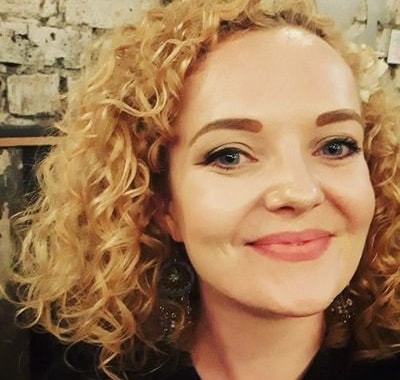 The winner of the inaugural Alasdair Ross Prize, established by The Scottish History Society in memory of the late Dr Alasdair Ross, former editor of History Scotland, has been announced.

The prize reflects Dr Ross's ground-breaking scholarship and his exceptional contribution to Scottish History generally both within and beyond the academic sphere, and his pioneering work in environmental history.

The winner of the 2019 award is Rebecca Mason, a PhD student in the University of Glasgow, researching married women’s access to law across the seventeenth century in Glasgow. Her PhD is funded by the UK-AHRC wide network ‘Women Negotiating the Boundaries of Justice: Britain and Ireland, 1100-1750’.

Rebecca said: 'The Alasdair Ross Prize will allow me to gather further archival research into married women’s interaction with the judicial process when asserting their property rights across Scotland between 1600 and 1707. My PhD thesis shows how married women featured prominently in Glasgow’s burgh (town) and commissary (reformed church) courts across the seventeenth century, uncovering how Scottish wives thought about, argued over, and actively protected their land and goods.

Rebecca continued: 'The Alasdair Ross Prize will allow me to fund postdoctoral research into married women’s participation in property litigation in the Highlands (Inverness burgh court) and the east coast (St Andrews burgh court). Inverness was the epicentre of the Scottish Highlands, with the burgh court held in the Tollbooth (courthouse and prison). St Andrews, situated on the east coast of Scotland, was an important archbishopric and a university town, with the burgh court also held in the Tollbooth.

'Burgh court records contain important information on the lives of its inhabitants, and their involvement in economic contracts and disputes. Burgh court records demonstrates the varying agency – from utter subservience to husbands to independent initiators of law suits –  of married women in legal contracts and actions that reflected their concerns over property.

'Social historians have assumed that married women were considerably constrained when appearing before the law or asserting property rights. Yet economic and legal historians have shown that while married women’s property rights were limited in legal handbooks, in practice they played important roles in estate management and the administration of goods, and approached the courts to assert their rights. Despite the limits described in Scottish legal handbooks, married women’s access to law and their ability to defend their property rights varied in accordance to jurisdictional boundaries, language, confessional identity, and social status.

'Paying attention to regional, social, and chronological specifics, my new research project, with the support and assistance of the Alasdair Ross Prize, will question whether married women’s property rights were affected by local traditions, differences within cultural and confessional identities, and changes in the political demography preceding the 1707 Act of Union.'

How to enter the 2020 Alasdair Ross Prize