The Last Hepburns of Smeaton: the end of an era 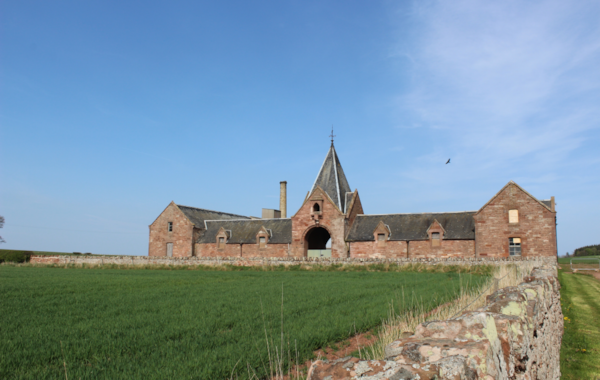 Papple Farm Steading. This farm was managed by Gilbert Burns, brother to Robert in the early 1800s

An article by David Affleck in September/October 2018 History Scotland told the story of an exhibition looking at the Hepburns of Smeaton, a family at the heart of East Lothian history, whose achievements included the creation of the Logan Botanic Garden.

The Last Hepburns of Smeaton: the end of an era Images

An article by David Affleck in September/October 2018 History Scotland told the story of an exhibition looking at the Hepburns of Smeaton, a family at the heart of East Lothian history, whose achievements included the creation of the Logan Botanic Garden (pictured).

The Last Hepburns of Smeaton: the end of an era details the history of the Hepburn family of Smeaton over a 400 year period from when the land was first gifted to Adam Hepburn, the third son of Sir Patrick Hepburn of Waughton in 1538 and ending with the sale of the house and the auction of its contents in 1934.

Here, David provides an update on the exhibition and accompanying projects: ‘While the number of articles on display has been limited because most were sold by auction, it has still been possible to provide eight talks to date which have been well supported by a cross section of local interest. The development of agriculture in East Lothian in the 18thcentury was recently given a fresh perspective particularly in the improvement of crops.

'The County report written by Sir George Buchan Hepburn in 1794 took on a new significance when it became clear he had learnt his farming skills through his grandfather, a George Buchan who had leased land at Pencaitland from the York Building Company after 1715. That history which attracted the interest of Sir John Sinclair of Ulbster and is featured in the exhibition was taken forward into the 20thcentury at a well-attended meeting to find out more about Patrick Sheriff (1791-1876).  His descendent Nolan Scott Shirreff had discovered his ancestor’s work in the spirit of another ancestor, John Shirreff, “Colleague of Sinclair” which had earned him the title “The Father of Cereals and the Modern Grain Industry.” The audience learnt that Patrick’s work was cited by Charles Darwin in his book Variation of Animals & Plants under Domestication.’

'The never-ending saga of James 4th Earl of Bothwell and Mary Stuart is also being revisited in June. There are likely to be more revelations. Lost charters and 18th-century records have been uncovered in records found in Logan House in Wigtownshire in the 1990s but unfortunately the collection has since been mislaid in St Andrews.

'The link with Logan Botanic Garden and the Buchan Hepburns of Smeaton will feature in a photographic exhibition at the Royal Botanic Garden Edinburgh in July and will be the subject of a talk by Richard Baines, Curator of Logan Garden at East Linton on 3 July. Local gardeners may be encouraged to experiment with growing some of the rare plants at Logan at East Linton if the climate change predictions evolve.

While the present exhibition started as a local history project, some themes have now been seen as having a wider national and international dimension. The exhibition is due to run until December 2019 with one special story programmed for a talk in Duns on 30 October.

Visitors to the exhibition in May will have the additional chance to see an exhibition by the Museums of Scotland to mark the 100th anniversary of the finding of the Traprain Law Treasure.

The Last Hepburns of Smeaton: The end of an era is at the John Gray Centre in Haddington.

For more things to see and do in Scotland this year, download our Celebrate Scotland guide.