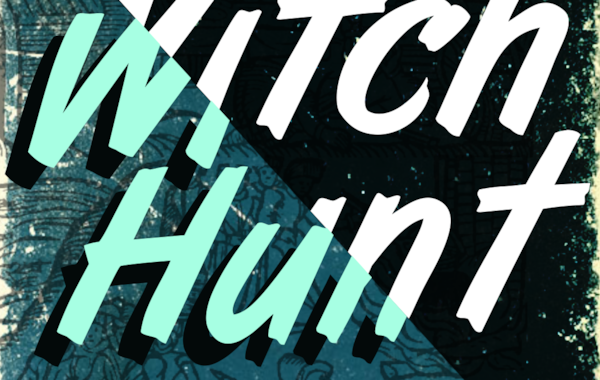 A new podcast featuring the latest academic research on the Scottish witch-hunt has been launched by BBC Radio Scotland.

The six-part series, which will air from 31 October to 5 December, will be released in weekly episodes here and then be available to download freely as a ‘box set’

Listeners can immerse themselves into this dark period in the country’s history, through topics including the North Berwick witch trials, demonic possession and the execution of those accused of witchcraft.

Episode 1: The King and the Witches' Sabbath  (31 October)

The witchcraft trials were one of the biggest injustices in Scotland’s history, a massive miscarriage of justice, but how did people come to believe in such a thing?

In this episode we explore the North Berwick witch trials. The witches' sabbath came to Scotland sometime in the 16th century, but it was royal approval that made it fashionable to believe. King James VI believed that witches met at a sabbath in North Berwick Kirk gaining powers from the Devil to sink his and his new wife’s ships and to assassinate him. We look at the dreadful consequences of these beliefs with historians Dr Mikki Brock, Professor Julian Goodare, Dr Lizanne Henderson and others.

In 1597, matters became worse for innocent Scots accused of witchcraft. A woman called Margaret Aitken was arrested, but kept herself alive by falsely identifying others as witches. Dubbed 'The Great Witch of Balwearie’ she was carried about witch-hunting, pointing out suspects across Scotland. When Margaret’s fraudulent witch-detecting was exposed in Glasgow, there was the most enormous scandal and cover-up that reached up to the King himself.

Episode 3: Friends of the Fairies (14 November)

This time we find out about beliefs in fairies, spirit guides, charms and ritual objects. While the elite believed in the witches’ sabbath and the demonic pact, it wasn’t necessarily the case that ordinary people did. Efforts to make ordinary people confess to witchcraft led to them telling all kinds of interesting stories.

This time - why were witches accused? Why were witches usually women? We begin with the power of the witch's curse and how people genuinely feared it. Curses came from quarrels, and women were seen to be the main users of words rather than physical violence to settle their scores.

How do we get to peak witch-hunt? The civil wars and political upsets of the mid-17th century tied into a swell of Scottish pride in being one of the Godliest societies on earth, they also saw the two biggest witch-hunts in Scottish history. We'll also be finding out about the logistics of executing witches from Laura Moffat of Strathclyde University.

Episode 6: Satan's Last Hurrah! Demonic possession and the end of the hunt. (5 December)

After the huge witch-hunt of 1661-1662, the Scottish legal establishment became a lot less keen on hunting witches - they didn’t see how you could get reliable evidence, but in 1696-7 something new appeared: Demonic possession. What would the Scottish authorities do now, and how did they finally give up on witch-hunting?