The Scottish members of a consortium set up to save a 'remarkable collection of literature' for the nation have said that time is running out to raise the funds needed.

An appeal was launched earlier this year when it was announced that a collection of original manuscripts held in the Honresfield Library, which has been unseen by the public for almost a century, were being put up for auction.

The library, collected and curated by a Rochdale businessman in the 1800s, comprises priceless manuscripts, rare first editions and irreplaceable letters. These include works by:

With the real possibility that these culturally priceless artefacts could be lost to the nation forever and dispersed overseas, a consortium consisting of leading heritage organisations and museums, including the British Library, Oxford’s Bodleian Library, Abbotsford, the National Library of Scotland and the National Trust for Scotland, was convened by The Friends of the National Libraries.

As a result, the collection’s current owners agreed to delay the auction until 30 October 2021 in order to give the consortium time to raise the £15 million needed to purchase it. So far, £7.5 million has been secured.

The Scottish members of the consortium - Abbotsford, the National Library of Scotland and the National Trust for Scotland – have worked together to support the UK-wide appeal and have drawn up plans to bring collection items linked to Burns and Scott back to Scotland. 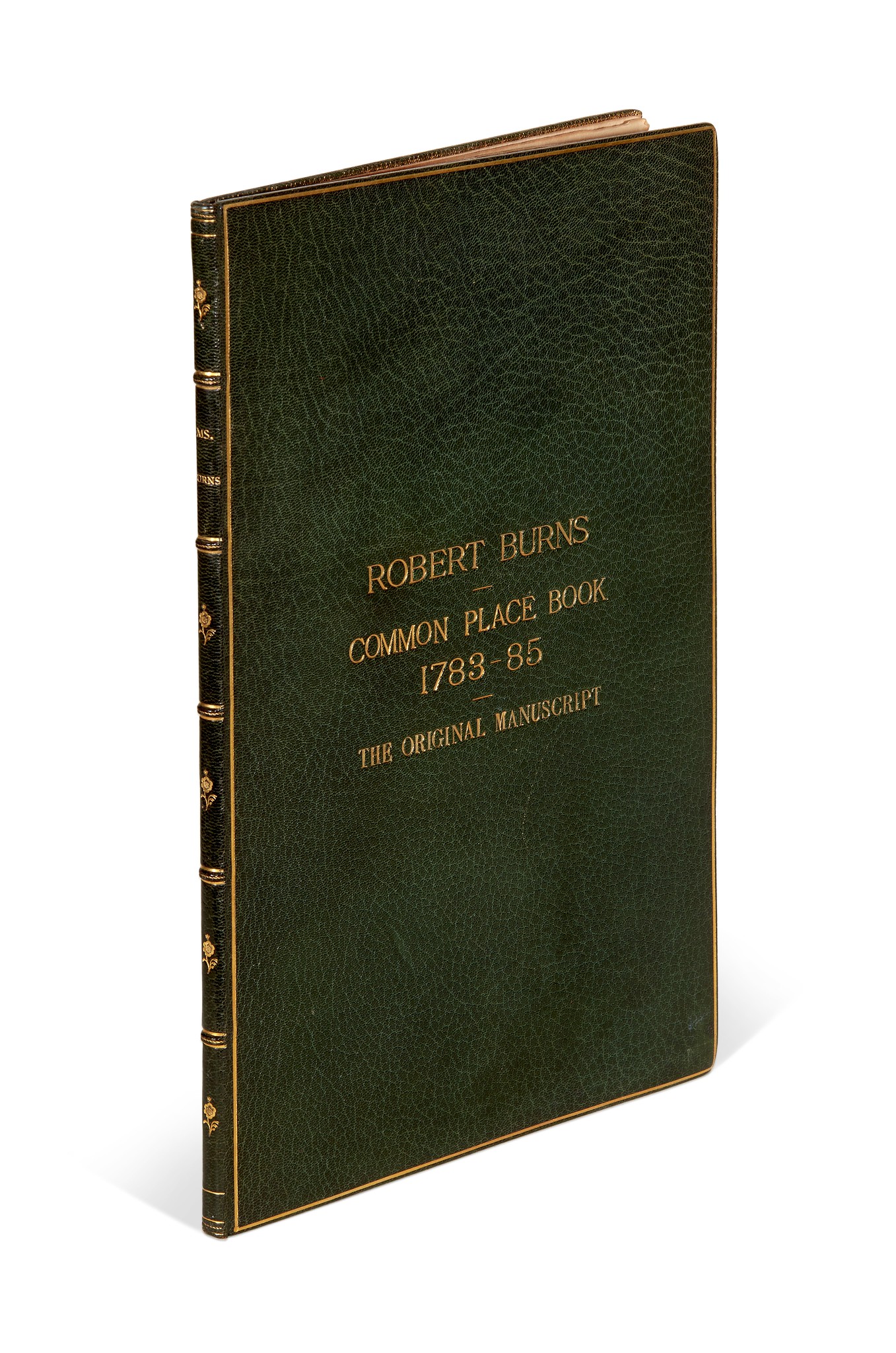 These works are of deep significance to Scotland’s literary history and culture. One is a volume of poems by Robert Burns in his own hand, known as the First Commonplace Book. Written at the age of 24 before he found fame, it is known as one of his earliest literary works. Some of his earliest correspondence is also in the collection, including the only extant letter to his father.

The collection also includes items related to Sir Walter Scott, including an exceptional group of Scott first editions in their original condition, and many of his manuscripts, including the complete working manuscript of his novel Rob Roy.

If the money can be raised in time, the Scottish group will take joint care of the 40 ‘Scottish items’ in the collection, which have a combined value of £2.75 million, and subject them to expert curation and conservation before putting them on public display and making them available for research.  These arrangements will include in-person and digital events, as well as loans to local venues in addition to regular and permanent exhibitions at the partners’ main locations.

Amina Shah, National Librarian and Chief Executive of the National Library of Scotland said: “It’s difficult to put a value on these priceless works, written by the hand of both Burns and Scott. But a value has been placed, and time is running out.

“To help us secure these treasures for the national collections, please consider donating to our appeal. It’s time to bring the bards home.”

Giles Ingram, Chief Executive of Abbotsford added: “Future generations will thank us if together we can return such immensely important manuscripts to their homeland. The Honresfield collection includes remarkable papers, many thought lost forever, illustrative of the defining creative works of Scotland’s, indeed the world’s, greatest literary geniuses.

“To be able to view and read these in the settings in which they were written, the places of which they speak, would add immensely to the pleasure of many, many people for years to come.

“Should we fail to achieve this goal with only weeks to go, it is highly likely they will disappear into private locked vaults for another generation at least. Please support our campaign to save this remarkable collection for the nation.”

You can find more information and make a donation at the National Trust for Scotland website.