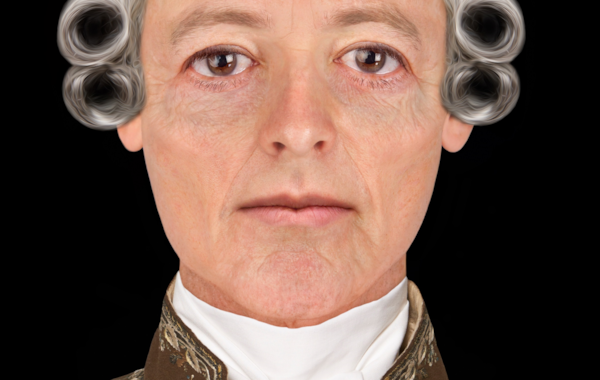 The portrait is an outcome of a larger project called Symbolism, Secrecy and Scottish Identity: Discovering the Highland Decorative Arts and Jacobite Collections at Inverness Museum & Art Gallery. Funded by the Esmee Fairbairn Collections Fund, the projects aims to research, conserve, catalogue and photograph these collections and engage the public with them through activities and new interpretation.

Prince Charles Edward Stuart’s image has appeared on everything from oil painting to shortbread tins but there are only a handful of portraits for which he is known to have sat. Artists of the time often sought to flatter and produced portraits that conformed to ideals of contemporary beauty, a precursor to today’s photo filters, and the use of imagery as a propaganda tool to promote the Stuart claim to the throne sees a myriad of symbolism and hidden meaning conveyed in every aspect of portraiture, a portrait may not simply reflect a physical likeness of a person but also their politics, allegiances, wealth or even the image of what a King should look like. With this in mind, can we really be sure that these portraits are a true likeness of the Prince?

The image of a prince

Hew Morrison has worked on many high profile forensic reconstructions for museums across the country. More familiar with using human skulls to recreate faces, Hew has used the death mask of the Prince held in the museum collection and the latest techniques in forensic art to create the new portrait of the Prince. Believed to be the first time a museum object such as the death mask has been used to create a facial reconstruction the project team believe this new portrait is the only opportunity we have of coming face to face with a true likeness of Bonnie Prince Charlie.

Hew Morrison said: “Working on this project has been a great opportunity to recreate the face of a highly significant individual from Scottish history. As the work progressed, what was revealed was the face of a curious, strong, but heavily burdened character.”

The portrait will be on permanent display from 10 April 2019 in the Jacobite Gallery of Inverness Museum & Art Gallery, where visitors can also see Bonnie Prince Charlie's deathmask, and a temporary display of the prince's coat and waistcoat. Website.