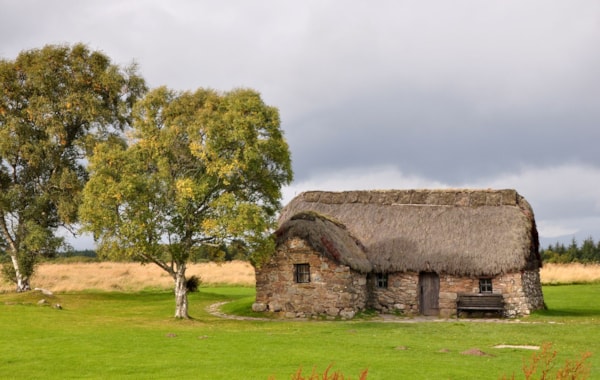 The 1745 Association has released a special recording of John Roy's poem Culloden, following the sad news that this year's Culloden commemoration has been cancelled.

Report from the 1745 Association:

Great are the depths of my sorrow

As I mourn for the wounds of my land.

So opens the last and greatest poem composed by John Roy Stuart, Colonel of the Edinburgh Regiment, as he reflected on the disaster of Culloden.

Culloden, the last battle fought on British soil, continues to strike a powerful emotional chord for many people and for many reasons. The views that they hold about the battle vary, from those who believe that it should never have been fought, or, since it was, that it was as well that the British Army won it;  to those who regret the destruction of the Jacobite Cause and the progressive destruction of the Gaelic culture which followed it.

Culloden in the time of Coronavirus

Whatever one's views, the anniversary of Culloden has a particular resonance during the time of the Covid-19 Coronavirus. The crisis has led to the cancellation of the annual commemoration of the battle, following advice from both the Scottish and UK Governments to minimise all non-essential social contact.

So in remembrance of the battle’s anniversary on April 16th, we have uploaded a translation of John Roy’s poem and a rendition of extracts from it in Gaelic and English on the 1745 Association website. Its full title is “Latha Chuilodair” in Gaelic, which translates as “The Day of Culloden” in English.

The poem, composed by an officer wounded at the battle who saw many of his men fall around him and the cause to which he dedicated his life destroyed within a single hour, serves as a reminder that there was a time very much worse than today, and that, no matter how dark the outlook may seem, life goes on and better times will come.

A century and a half after John Roy saw his dreams crumble on Culloden Moor, the poet and author Andrew Lang visited the battlefield and recorded his experience in his poem Culloden, a rendition of which you can enjoy here.