A digital narrative game which will bring people face-to-face with life in Scotland during the Middle Ages has been launched.

Based on and inspired by the events, descriptions and characters recorded in Aberdeen’s UNESCO-recognised Burgh Records held by Aberdeen City & Aberdeenshire Archives, the game stems from research by University of Aberdeen historians.

They have spent the past nine years painstakingly transcribing the records and investigating what the earliest eight record volumes, which run to some 5,239 pages and are the best preserved of any in Scotland, can tell us about life from the end of the 14th century to the early 16th century.

The records have plenty to say about how the town of Aberdeen dealt with the threat of the plague and the researchers used this as the basis for the game of interactive fiction, which they have named Strange Sickness.

Players begin their journey in Aberdeen in 1498 as Robert Collison, a young member of Aberdeen's Town Council. He faces a terrifying challenge when a deadly plague threatens his community.

Strange Sickness was funded by a Kickstarter campaign which attracted global backing, and development of the game was headed by historian Dr William Hepburn, who created the concept for the game and wrote the story. The game’s mechanics were designed by game developer Katharine Neil while the game’s visuals were created by artist Alana Bell.

Dr Jackson Armstrong led the Burgh records research on which the game is based and was also directly involved in the making of the game. He says it has been amazing to see scenes from the pages of the manuscripts brought to life in an interactive format: “Video games are an amazing tool to help people imagine the past and the Burgh Records are an outstanding resource to help us understand life in the Middle Ages,” he added.

“We’ve uncovered so much not just about the history of Aberdeen but about how the city interacted with other parts of Scotland and Europe. 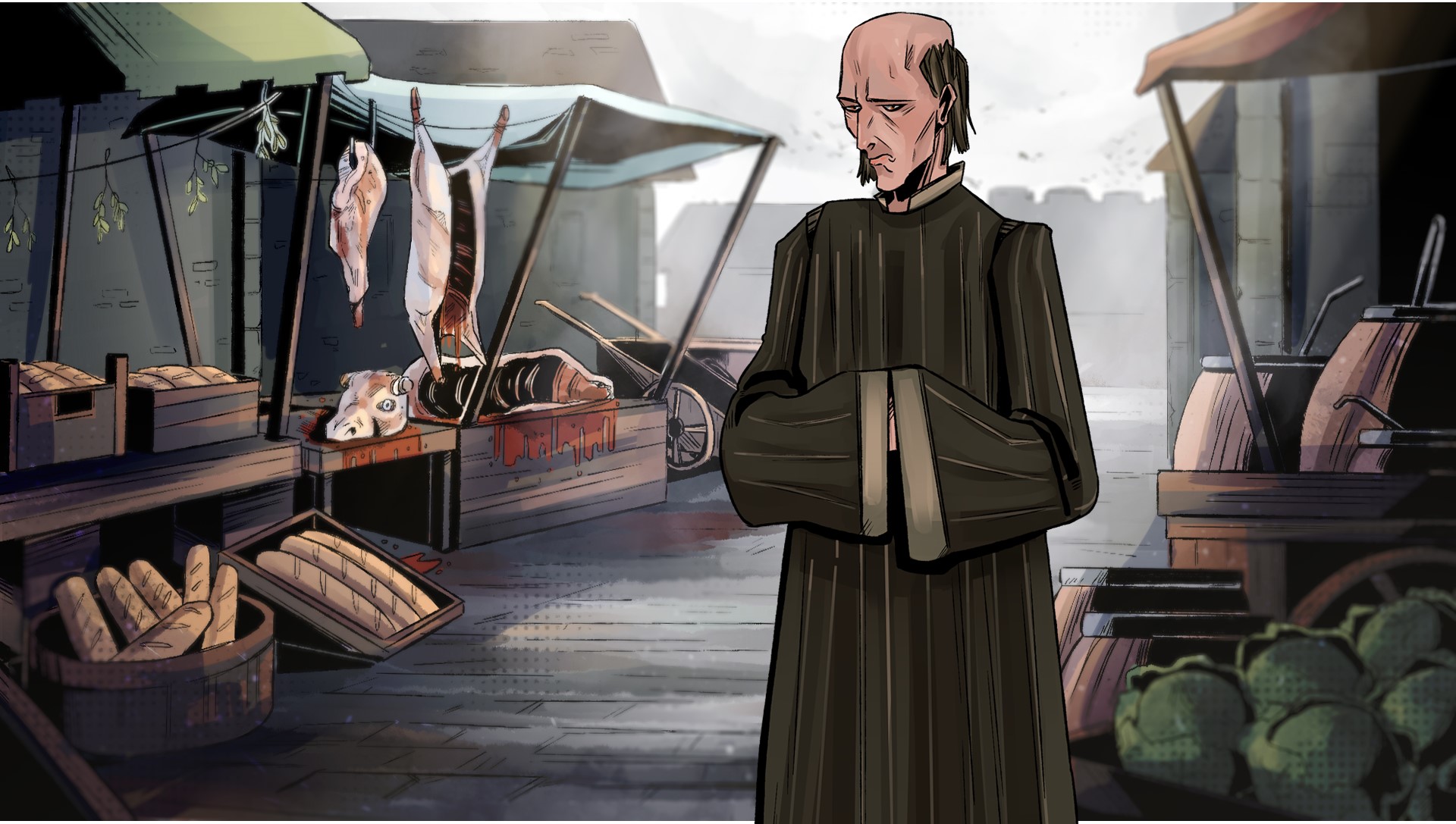 “This period of history has a rich tradition in influencing creative writing and media from The Lord of the Rings to A Game of Thrones. The Burgh Records provide us with real people, events and places upon which to build a fictional story.

“We were overwhelmed by the enthusiasm for the game with our Kickstarter fundraising campaign backed by supporters around the world and we are delighted to have brought the game to fruition just a year later.”

A website strangesickness.com launches in conjunction with the game providing a ‘historians’ commentary’ on the choices made in making the story, game world, and characters.

Dr Armstrong said: “In much the same way as films are enhanced by a director’s commentary, we wanted to provide additional information without inhibiting the game play experience.

“As historians, showing how archives and records shaped the game, and the choices we made in using those sources is important to us and we want those who download it to be able to engage further with the characters and events that unfold.

“Much of this is drawn from what is actually contained within the Burgh Records but it is important to understand the intersection between what can be known with certainty and what is imagined based on available information. 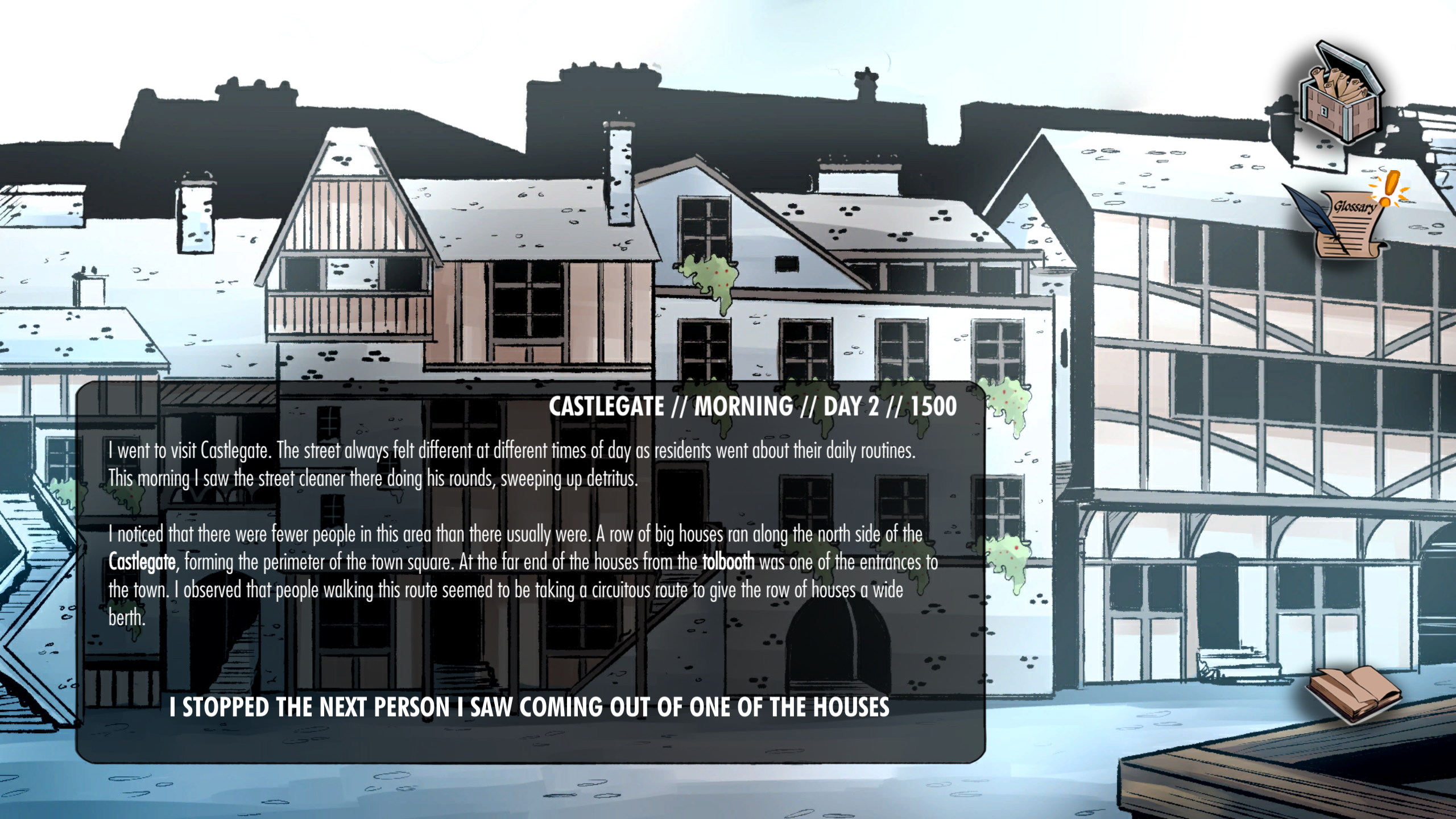 “The Burgh Records offer so much in terms of our understanding of gender roles and other social issues during this period and William, Katharine and Alana have used this to build immersive visuals and a great narrative.

“We hope people will enjoy the video game experience and that it can showcase not only life in the Middle Ages but the creative potential still alive in the Burgh Records more than 600 years after they were first created.”

Profits raised from the first year of sales of Strange Sickness will be split equally between the Lord Provost’s Charitable Trust and vaccinaid.org, a UNICEF initiative to deliver Covid-19 vaccinations to the most at-risk people around the world.

Phil Astley, City Archivist, said: “The amazing work that has been undertaken on the city’s records over the past decade means that we now have a much deeper understanding of what life in medieval Aberdeen was like. Strange Sickness will help bring this world to an even wider audience – I am really looking forward to playing the game which will be a great way to engage with, and learn more about, this fascinating period."

Strange Sickness can be purchased here.