Video: Save the Robert the Bruce letter - crowdfunder launched 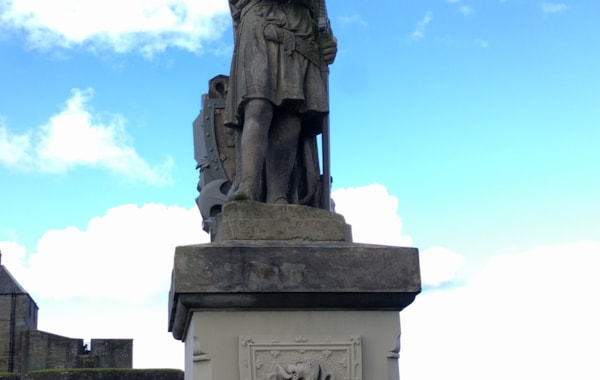 A rare letter written by Robert the Bruce and cared for at Brodie Castle in Moray is the subject of a crowdfunding campaign launched by National Trust for Scotland.

Written in 1312 to Malcolm, Thane of Brodie, the letter from Robert the Bruce concerns the maintenance of of Malcolm's property and predates the oldest parts of the castle as it stands today by about 200 years.

Writing on its appeal page, a spokesperson for National Trust for Scotland (NTS) explains: 'Robert the Bruce's letter to the Thane of Brodie is demanding that he takes proper care of his mill pond as his neglect of it has annoyed the local monks of Pluscarden Abbey and if he doesn't then there will be serious consequences.

'The letter gives us real insight into medieval kingship and the way of life for land owners. Furthermore, it shows us the authority that Robert the Bruce was trying to exert across the country as he reaffirms his position as King.

'It also provides the story of life in the 1300s and how an unkempt mill pond would have an effect on the local community. A full pond would keep the wheels turning at the local mill, ensuring that bread was being produced for the monks and being shared with the poor.

'The letter is from a tumultuous period of Scottish history - the Battle of Bannockburn occurring only two years later and the rarity and importance of the letter makes it a gem from our extensive archives. The letter is a true moment in history and we want to share its importance with everyone who visits Brodie Castle, providing a palpable way of experiencing our heritage and the stories the document has to share.'

Why has the campaign been launched?

The letter went on display when Brodie Castle opened to the public in 1981. Despite being well looked after, the letter has faded and the case that provided it a home was no longer protecting it from environmental factors such as light and humidity.

The letter has survived for almost 700 years, and earlier this year NTS made the difficult decision to temporarily remove it from display at Brodie Castle, giving the conservation charity time to conserve it and find a protective display case that will help it survive for many more years.

Over the summer, thanks to generous donations NTS have been able to complete conservation work on the letter, including removing all damaging traces of adhesive, delicate surface cleaning and the addition of a new mount to prevent any further deterioration. However, they now need to raise the money required to put the letter back on show at the castle.

NTS is looking to purchase a ColliderCase which uses state-of-the-art technology to display content about the object displayed, bringing history to life. They will be able to programme text, illustrations, photographs, film and audio that the public can watch and interact with, making the letter much more accessible. The ColliderCase can also translate the letter into multiple languages, highlighting key parts of the text and explaining the historical context of the letter.

It also provides the highest standard of protection. The case remains sealed, ensuring optimum temperature and relative humidity is maintained, protecting the delicate vellum. While it appears that the digital content is within the case, it's actually projected on the outside - dispersing the small amount of heat generated away from the letter.

Illumination and lighting is controlled automatically, and sensors make sure that lighting is only switched on when a visitor approaches the case so the letter is exposed to minimal UV light.

To make a donation or find out more, visit the campaign page.