Viking treasures revealed for the first time in 1,000 years 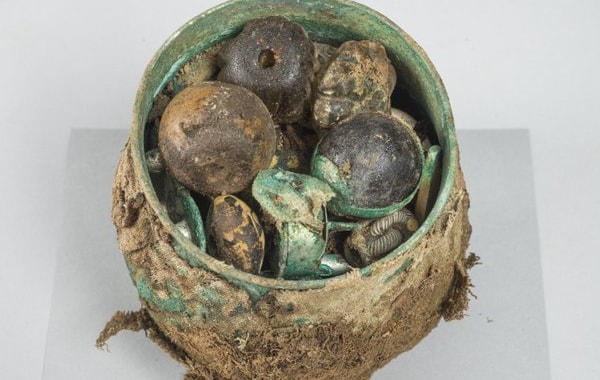 More than ten centuries after being buried in a field in Galloway, conservators are releasing images that reveal the contents of a pot of Viking treasure for the first time.

More than ten centuries after being buried in a field in Galloway, conservators are releasing images that reveal the contents of a pot of Viking treasure for the first time. For all the latest archaeology, history and heritage news and features, sign up for our free e-newsletter.

Although the objects are not currently on display, a series of images will give the public a chance to see the Viking treasure for the first time, following a painstaking conservation project to remove and conserve the rare items, which date from 9th to 10th centuries AD.

The project is being funded by Historic Environment Scotland, working in partnership with the Treasure Trove Unit, and the Queen’s and Lord Treasurer’s Remembrancer (QLTR). 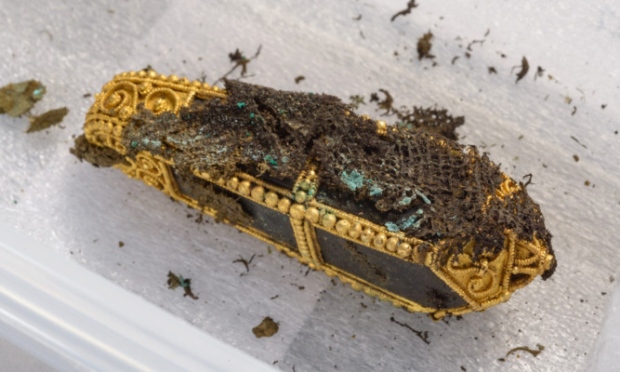 The  cache of objects were, until recently, contained in a ‘Carolingian’ (West European) vessel, or pot, which was part of a wider hoard, amounting to around a hundred items, which includes a large number of silver ingots and armrings, a beautifully-preserved cross, and an ornate gold pin in the likeness of a bird. 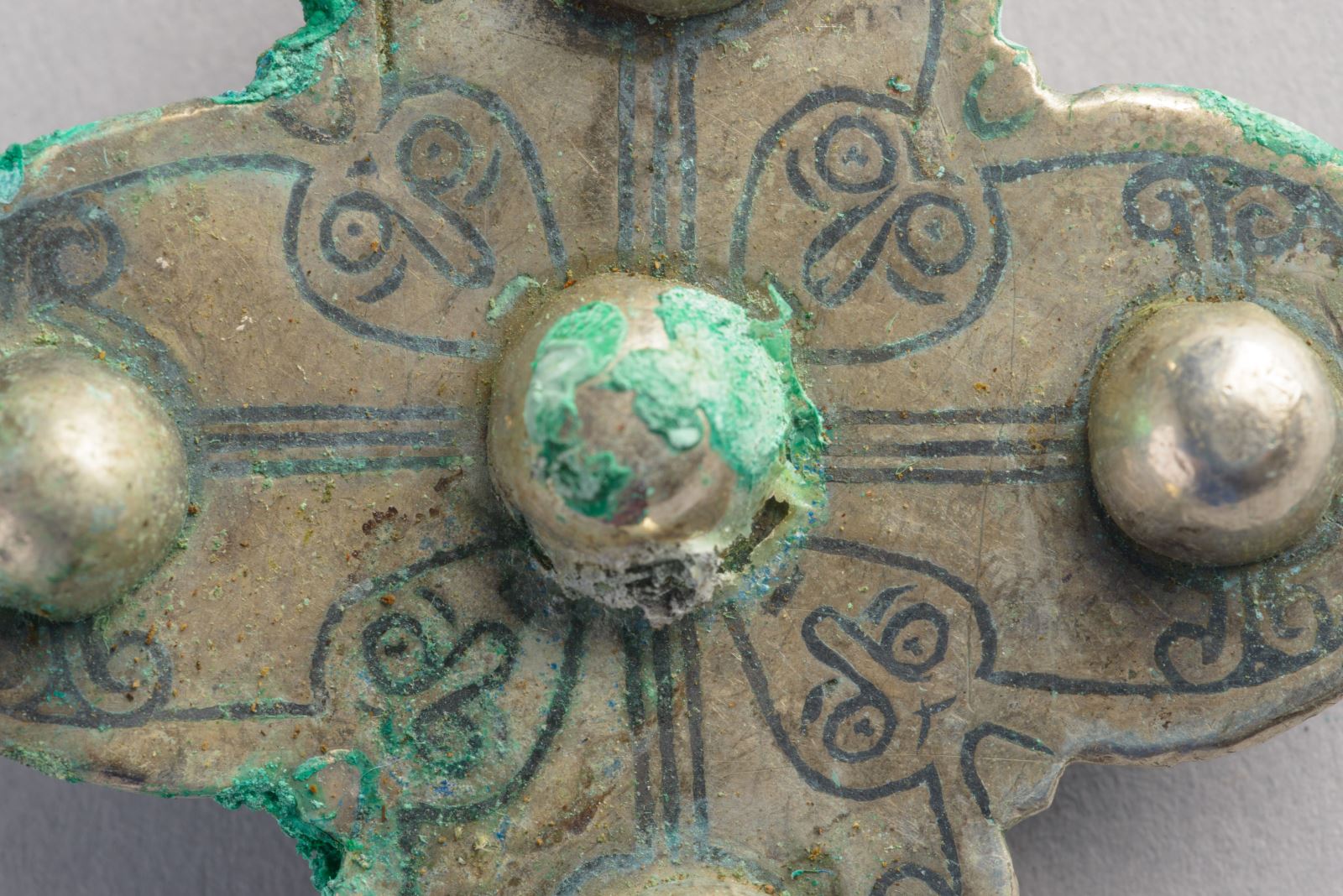 Richard Welander, of Historic Environment Scotland, said: 'Before removing the objects we took the rather unusual measure of having the pot CT scanned, in order that we could get a rough idea of what was in there and best plan the delicate extraction process. That exercise offered us a tantalising glimpse but didn’t prepare me for what was to come.

'These stunning objects provide us with an unparalleled insight to what was going on in the minds of the Vikings in Galloway all those years ago. They tell us about the sensibilities of the time, reveal displays of regal rivalries, and some of the objects even betray an underlying sense of humour, which the Vikings aren’t always renowned for!' 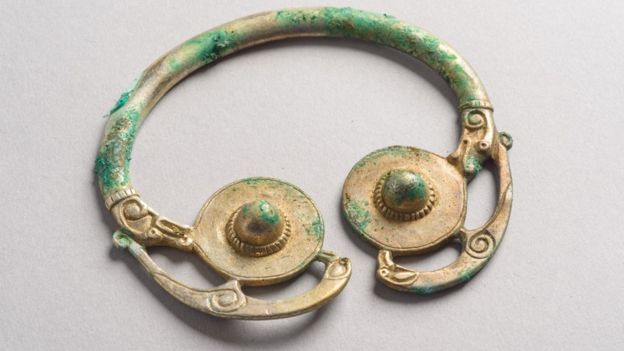 Stuart Campbell of the Treasure Trove Unit, said: “The complexity of the material in the hoard raises more questions than it answers, and like all the best archaeology, this find doesn’t give any easy answers. Questions about the motivations and cultural identity of the individuals who buried it will occupy scholars and researchers for years to come.'

The hoard is the most important Viking discovery in Scotland for over 100 years. The items from within the vessel, which may have been accumulated over a number of generations, reveal objects from across Europe and from other cultures with non-Viking origins. The hoard includes six silver Anglo-Saxon disc brooches of early 9th century date, equal in itself to the largest such hoard of brooches from England, the Pentney hoard in the British Museum.

Other material includes a silver penannular brooch from Ireland, Byzantium silk from around modern-day Istanbul, a gold ingot and some gold and crystal objects that have been carefully wrapped in cloth bundles. At the moment, their purpose remains a mystery. 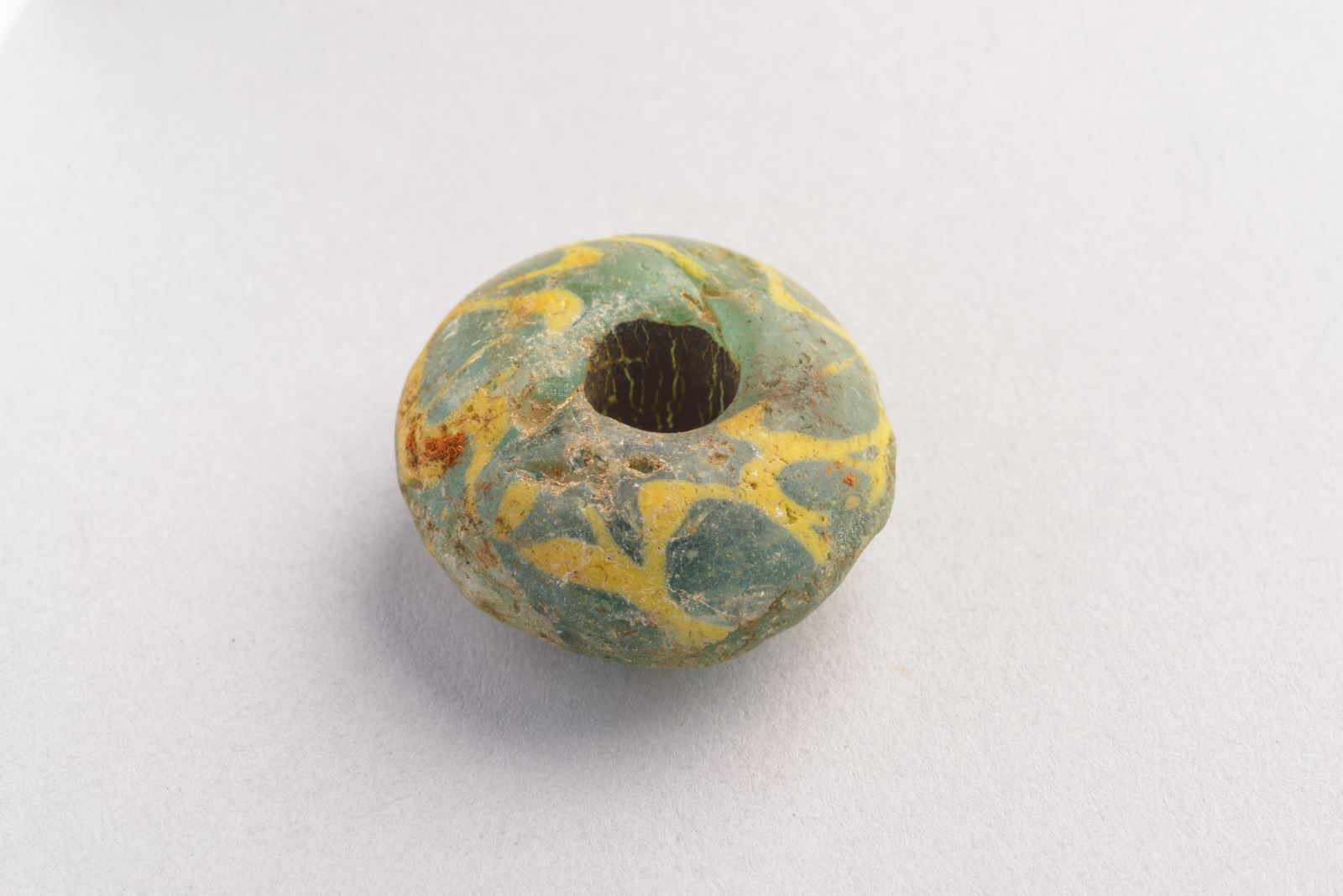 While it’s clear many of the objects collected have a value as precious metal, the nature of the hoard remains a mystery, and includes objects in base metals and glass beads which have no obvious value. The decision about which material to include in the vessel appears to have been based on complex and highly personal notions of how an individual valued an object as much as the bullion value the objects represented.

The vessel contents are now with the Treasure Trove Unit, who are responsible for assessing the value of the hoard on behalf of the Office of Queen's and Lord Treasurer's Remembrancer. The hoard will then be offered for allocation to Scottish museums, with the finder eligible for the market value of the find – a cost that will be met by the successful museum.

The objects were found by metal detectorist Derek McClennan in a field in Galloway in September 2014.

The Viking hoard features on the latest episode of BBC Four’s Digging for Britain, which is broadcast at 9pm on 24 March 2016.