A wartime Christmas in Scotland 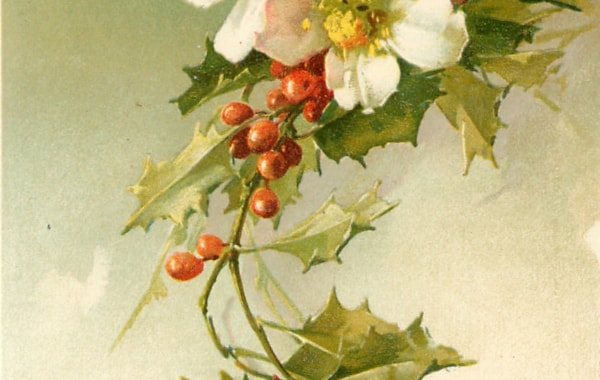 Memories of a wartime Christmas

Patricia Brady remembers the magic of Christmas during the year of World War Two.

Patricia Brady remembers the magic of Christmas during the year of World War Two.

Christmas is a magical time for small children. It’s wonderful to see their happiness, with treats, parties and most of all, Santa’s arrival. Christmas time in the austerity years of the war and beyond was no different, just more effort had to be put in.

During the war toys were a luxury so that’s when older children’s toys were recycled and second-hand toys were in demand. I remember pedalling home from a relative’s house on an old tricycle. I was indignant when my gran took it for me and told me Santa’s elves needed it. What would they need an old trike for? They could make their own. That year Santa brought me a tricycle, painted bright red with the chrome wheels gleaming. The elves did great refurbishing work in the war years.

As Christmas drew nearer it was time to decorate the house. Out came the old magazines and crepe paper and a pot of paste. Grandad cut the paper into strips and I pasted them into circles and joined them up to make paper chains which were pinned up on the wall in loops. They never stayed put. There was always a bit of chain drooping forlornly.

Living in a big city we didn’t have any access to holly bushes, but our local fruit merchant supplied lovely branches of glossy green holly with loads of scarlet berries. These were placed above pictures and mirrors for a festive touch. I had a cardboard nativity scene which was dusted off and placed on the table with lots of cotton wool snow around it. The cotton wool was more grey than it was white as it was packed away each year.

Ration coupons were saved and begged from family members to buy sweets and the ingredients for the clootie dumpling that was essential at Christmas. Granny would let me stir up her secret recipe (I think every granny had one). The mix would be tied up in a pillowcase kept for the purpose and boiled for the requisite time. The final touch would be to let the lovely fruity dumpling dry out in front of the fire. On Christmas Day one lucky person would have a silver sixpence in their mouthful of dumpling. No health and safety issues in those days…

In the years after the war, during November, the windows of the big department stores in Glasgow were shrouded in curtains for days. ‘They’re doing the Christmas display,’ my granny would explain on our shopping trips into town. Then while waiting in one of the queues at our local shops we’d hear ‘Lewis’s toy window is brilliant this year’ and so off we’d go on a tramcar into town to inspect the famous window. Christmas time had officially begun.

There were many big department stores in Glasgow, all competing to have the best dressed toy window, and granny and I viewed them all. Lewis’s always won. You had to wait patiently in the crowd till you could get to the front to see the magnificent display but it was worth the wait. The brightly-lit toy display was amazing.

Electronically or mechanically, the toys and Christmas figures moved through a snow-covered wonderland. Fairies flew over Santa’s workshop and elves worked at toy-covered conveyer belts. Every surface was covered in glitter, and lights twinkled among falling snowflakes. Foremost was a jolly animatronic Santa in a toy-loaded sleigh, his fat red cheeks grinning out at the equally cheery crowds. Christmas was coming soon.

QUICK LINK: A Christmas Day journey in the 1940s

FOR THAT PERFECT CHRISTMAS GIFT (OR TREAT FOR YOURSELF!) SUBSCRIBE TO HISTORY SCOTLAND MAGAZINE