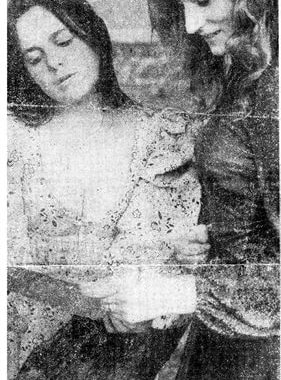 Some friends and I went to Queens Park in the South side of Glasgow all in bare feet and wearing long floral smocks, singing with guitars and giving out flowers – mainly daisies. We loved the music too and for my sixteenth Christmas I got a brand new Dansette record player and six 45 rpm records. I remember they were a mixture of Cliff Richard, The Beatles, Shirley Bassey and Frank Ifield. The vacancy was for an apprentice mechanic, but for a year until I was sixteen when the apprenticeship would start, I was a general gofer and tea boy. On Monday I was a working man/boy and the wage was a massive thirty bob a week (£1.50 in today’s money). Most of the time I helped Bill – he was a welder, plumber, electrician and did most of the outside repair and maintenance work at the sites owned by J Brown who ran the garage. It was rumoured that Bill was making £40 a week, a fortune in those days.