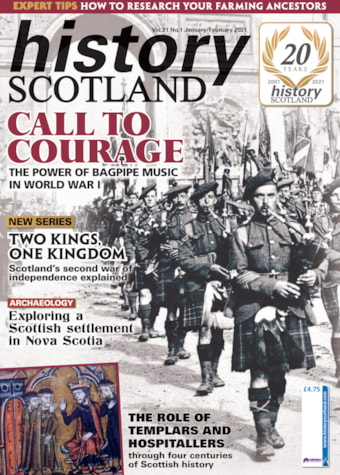 January/February HistoryScotland sees the launch of a new ‘Jacobite files’ column, exploring the lives of 'ordinary people' involved with the Jacobite cause.

Also in this issue:

·      The meaning of bagpipe music in World War I

·      How to research agricultural ancestors