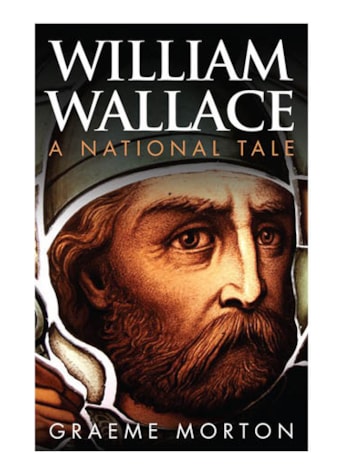 A deconstruction of the national biography and mythology of William Wallace, William Wallace: A National Tale examines the elision of Wallace’s after-life into narrative ascendency, dominating the ideology and politics of nationalism in Scotland. FREE UK POSTAGE!

What's in this Book?

A deconstruction of the national biography and mythology of William Wallace

Freed from the historian’s bedrock of empiricism by a lack of corroborative sources, the biography of this short-lived late-medieval patriot has long been incorporated into the ideology of nationalism. It is to explain this assimilation, and to deconstruct the myriad ways that Wallace’s biography has been endlessly refreshed as a national narrative, over many generations, that forms this investigation.

William Wallace: A National Tale examines the elision of Wallace’s after-life into narrative ascendency, dominating the ideology and politics of nationalism in Scotland.

This narrative is conceptualised as the national tale, a term taken out of its literary moorings to scrutinise how the personal biography of a medieval patriot has been evoked and presented as the nation’s biography over seven centuries of time. Through the verse of Blind Hary, the romance of Jane Porter, to the historical imaginations of Braveheart and Brave, Scotland’s national tale has been forged.

This is a fresh, engaging and timely exploration into Wallace’s hold over Scotland’s national mythology.