By habit and repute: a guide to marriage in Scotland, 1 March Professional researcher Fergus Smith explores marriage law and customs in Scotland, from the Reformation to the present day.

SPACES ARE LIMITED SO BOOK YOUR PLACE FOR JUST £10

From banns to per verba de praesenti, Scotland has long had a distinctive marriage culture. Some traditions – like runaway marriages at Gretna – are well known, others less so.

In this talk, professional researcher Fergus Smith explores marriage law and customs in Scotland, from the Reformation to the present day. He discusses some of the pitfalls for family historians, and explains how to find some of the less well-known records relating to marriage in Scotland.

He also describes some of the differences compared to the situation in other countries, and discusses what happens when marriages go wrong.

The 45-minute talk will be followed by a 30-minute Q&A, chaired by Chris Paton.  The ticket price includes access to the recording until 30 March.

This talk is part of Scottish Family History Month, in association with National Records Scotland.

Join Fergus Smith for a live c.45-minute illustrated online talk on 1 March, followed by approximately 30 minutes of questions from the audience. The webinar will be recorded and made available to ticket-holders until 30 March broadcast.

Registration fee: £10 - includes access to the event recording until 30 March. Starts 6.30pm UK time. To find the start time in your time zone, visit TimeAndDate. Got a question about booking? E-mail Rachel Bellerby. 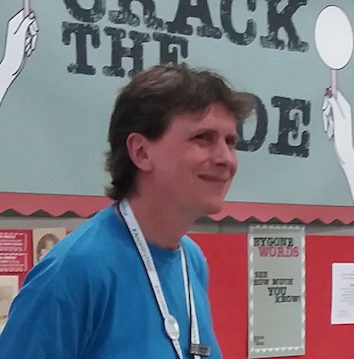 Fergus Smith is a historian and genealogist, specialising in Scottish research, particularly church and legal records. After working as a translator and antiquarian bookdealer, he co-founded www.oldscottish.com, with the aim of making Scottish records more readily accessible. He builds historical data systems, has researched for the BBC and many academic historians, and is a regular speaker at conferences and events organised by among others the Universities of Edinburgh, Glasgow and St Andrews. He also gave three talks at RootsTech last year.