Discover the fascinating story of Mary Queen of Scots' years in captivity in English prisons following her flight from Scotland.

Join David Templeman on 5 July for a 50-minute talk, followed by a 30-minute Q&A with questions from the audience.

A captive queen; a fight for survival...

Rather than the benign period portrayed by some of Mary's biographers, the talk will convey intrigue, passion, plots and escape attempts during the Stewart queen's years of imprisonment.

Join David Templeman for a 50-minute talk followed by a 30-minute Q&A. The webinar will be recorded and the recording made available to ticket holders for 7 days after broadcast.

The event will be chaired by Dr Martha McGill, British Academy Postdoctoral Fellow at the University of Warwick. 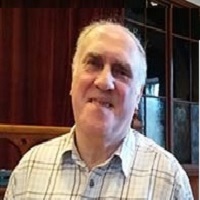 David Templeman is a national historian/speaker and author of the book Mary Queen of Scots: the captive queen in England, 1568-84. During the last few years, David has delivered sell out talks to audiences for both the Sheffield Literary festival Off the Shelf and the prestigious Buxton Literary festival. He has also spoken at Derby Literary festival and a delivered a Scottish book tour.