'England expects that every man will do his duty'. This stern signal flew on the masts of HMS Victory just before the Battle of Trafalgar, in 1805. What did Scotland have to say on the matter? Join Dr Sara Caputo to find out...

'England expects that every man will do his duty'. This stern signal flew on the masts of HMS Victory just before the Battle of Trafalgar, in 1805. What did Scotland have to say on the matter?

By the time of the French Wars (1793-1815), Great Britain ruled the waves, with the largest and most powerful navy in the world. But very often the glory of British seafaring was ascribed to England alone. What was the role of Scots in the eighteenth- and early nineteenth-century British Royal Navy? How many of them served, as officers and as 'common' sailors? And, what were their experiences in such an Anglo-centric institution? Was the Navy really as Anglo-centric as it looked? This talk will answer these questions, and more, introducing the audience to a broad range of original primary sources.

Join Dr Sara Caputo for a live c.45-minute illustrated online talk on 23 November, followed by approximately 30 minutes of questions from the audience. The webinar will be recorded and made available to ticket-holders for 7 days after the broadcast.

The event will be chaired by Dr Louise Heren, reviews editor of History Scotland magazine. 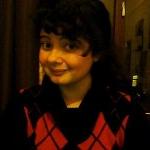 Dr Sara Caputo is Affiliated Lecturer at the University of Cambridge and Research Fellow at Magdalene College, as well as a British Academy Postdoctoral Fellow (from October 2022). She works on eighteenth- and nineteenth-century transnational maritime history, British and European imperial history, and the history of maritime mapping. She has won multiple international awards and held visiting fellowships at several institutions across Britain, Germany, and the US.

She is the author of various journal articles and, most recently, of a monograph entitled Foreign Jack Tars: The British Navy and Transnational Seafarers during the Revolutionary and Napoleonic Wars (out autumn 2022, Cambridge University Press): this is the first study ever completed on the employment of immigrant labour in the Royal Navy of the period. Her second book, Tracks on the Ocean, is forthcoming with Profile Books, and she is currently preparing an edition of Scottish seamen's letters for the Scottish History Society.