Dr Kristin Kay looks at the impact and aftermath of the 'sexual revolution' of the Swinging Sixties - did anything really change in Scotland?

Between 1961 and 1962, the first oral contraceptive pill, Enovid, became available on the NHS. By 1964, around 480 000 women were taking one of the 15 brands of oral contraceptives which became available. Coinciding with broader ‘permissive’ changes - such as the introduction of family planning services by the NHS, the decriminalisation of homosexuality and the relaxing of divorce laws, - the 1960s has been seen as a ‘Sexual Revolution’ in Britain, where traditional attitudes towards sex, sexuality, marriage and chastity were forever eroded.

Alongside the Beatles and the miniskirt, the cultural memory of the ‘Swinging Sixties’ is defined by the invention of the oral contraceptive pill and its significant impact on British society and culture.

However, in Scotland these purportedly permissive legislative developments did not necessarily lead to a cultural change in attitudes towards sex, sexuality and family planning. Indeed, in the context of mainland Britain, Scotland was considered to be ‘the other end of the moral scale’ in comparison to London – ‘the centre of permissive society.’ Access to family planning remained limited, and its use by unmarried men and women in particular inspired a series of conservative moral panics throughout the 1970s which would continue to affect individual behaviours and choices.

Through oral history testimony, coupled with archival evidence, this talk will look at Scotland’s sexual liberation through the lens of gender, relationships and family planning. This talk will explore the impact and aftermath of the so-called ‘Sexual Revolution’ and assess the extent to which Scottish society changed following the “swinging” Sixties.

Join Dr Kristin Hay for a c.45-minute online talk on 27 July, followed by approximately 30 minutes of questions from the audience. The webinar will be recorded and made available to ticket-holders for 7 days after the broadcast. 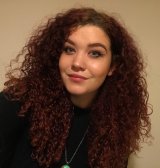 Dr Kristin Hay is a doctoral resarcher and oral historian at the University of Strathclyde. Her research interests lie in the history of gender, health and medicine, with a particular focus on women’s reproductive health and rights. Her Wellcome-funded PhD project focuses on birth control practices in Scotland between 1960 and 1990 – from the emergence of the oral contraceptive pill to the AIDS crisis. Using oral history testimony, coupled with archival research, this project seeks to understand how everyday men and women learned about, accessed and accepted birth control following the so-called “Sexual Revolution” and the subsequent impact it had on their lives.