A view of women's football Newcastle upon Tyne taken in 1938. The photograph shows a member of the Scottish team being massaged by fellow players before the match against the North of England.

Join Dr Fiona Skillen for an exclusive illustrated talk on the history of women's football in Scotland.

By the outbreak of the First World War the women’s game had become established in England, particularly in the north. Much has been written about these developments. Best known amongst the teams of the north were the Dick Kerr’s Ladies whose skill and popularity saw them become internationally recognized during the period. The game was also growing in popularity in Scotland, with the emergence of teams such as Rutherglen Ladies F.C, strongest amongst a range of other teams across Scotland.

However little has been written about these pioneering women. This is partly because there were very few records left by these teams and newspaper coverage of women’s sport generally, and football specifically, is sparse for this time.

Join Dr Fiona Skillen for a for a 45-minute talk followed by a 30-minute Q&A. The webinar will be recorded and the recording made available to ticket holders for 7 days after broadcast. 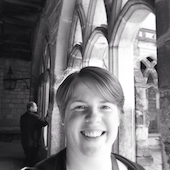 Dr Fiona Skillen is a senior lecturer in History in the Department of Social Sciences, in the School for Business and Society at Glasgow Caledonian University.

Her research interests concern modern history, in particular aspects of sport, gender and popular culture. She is particularly interested in women’s sport during the late 19th and 20th centuries and has published extensively in this area.

She regularly contributes to radio and television programmes on the history of sport, including the award-winning Radio 4 series Sport and the British and as a regular guest on STV’s People’s History Show series. She is a former Chair of British Society of Sport History, a Fellow of the Royal Historical Society and an editor of the International Journal of the History of Sport.

BOOK NOW FOR JUST £10 AND GUARANTEE YOUR PLACE!