The Inverness Outlanders, a group of Outlander fans, present their pick of historic sites in the Inverness area which have Outlander connections.

Visit Inverness Museum & Art Gallery to learn all about the history of Inverness and step back into the time of Claire and Jamie by looking at artefacts from the 18th century, the Jacobite Risings and Bonnie Prince Charlie. In 1968 the Library was situated where the museum is now and this is where Claire would have come to drop off Frank's books.

‘I had brought several of Frank’s books with me, intending to donate them to the Inverness Library…’ (Dragonfly in Amber: Mustering the roll pg 17). 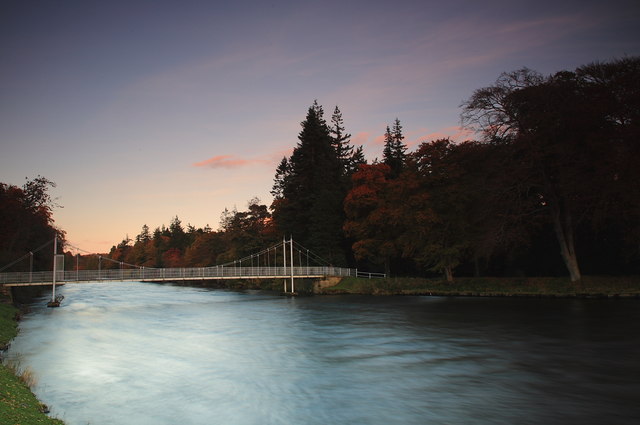 In Dragonfly In Amber Part Seven ‘Witch -Hunt’, both Brianna and Roger ‘stroll down the narrow walk by the River Ness ‘

This is a lovely walk to do. Start from the bridge in the centre of Inverness (Bridge Street) and you can follow the path right up to and around Ness Islands (it’s a circuit walk and will take you back to where you started from). There are a few bridges that connect the islands so you can always do a shorter walk or you could also keep going and do the start of the Great Glen Way. Allow a couple of hours, as there are so many places along the way to stop and just take in the scenery. 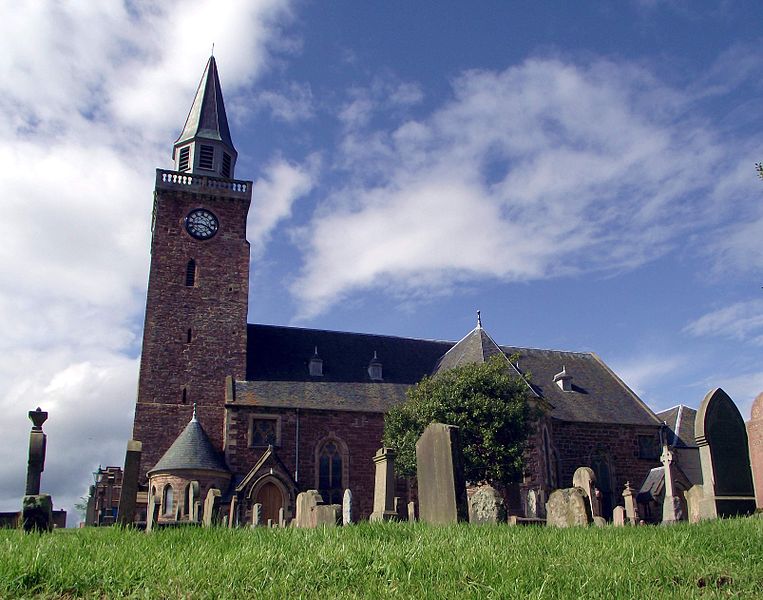 The hill upon which the Old High Church stands has had religious connections since St Columba preached to the Pictish people of Inverness there, back in 565AD. There have been a few religious structures on this site. The present church was built between 1770 and 1772 but the lowest part of the west tower dates back to the 14th century, which makes it the oldest building structure in Inverness.

The tower was also the tallest structure in Inverness for centuries. There is no direct access from the church to the tower, but there may have been before the present church was built.

In 1703 a curfew in Inverness was introduced and the bell in the High Church tower was rang at 5pm to signal the start of the curfew as it was seen dangerous to walk the streets of Inverness without a lantern and uncovered lights were prohibited as they were seen as a fire hazard in a town which most building were wooden.

In 1722, the Kirk Session and the Council combined to provide 35 badges to those identified as naive poor of the place. In Outlander Hugh Munro had a wallet adorned with four gaberlunzie tokens, which gave him the license to beg in four parishes on the one day of the week that begging was allowed in each parish, in recognition of the trials he endured at the hands of the Turks.

Although the tower is the oldest structure in Inverness, the public can sadly can no longer go into it and see the fantastic view from the top as the spiral staircase is dangerous and needs repair work, which is why Friends of the Old High Church was set up. 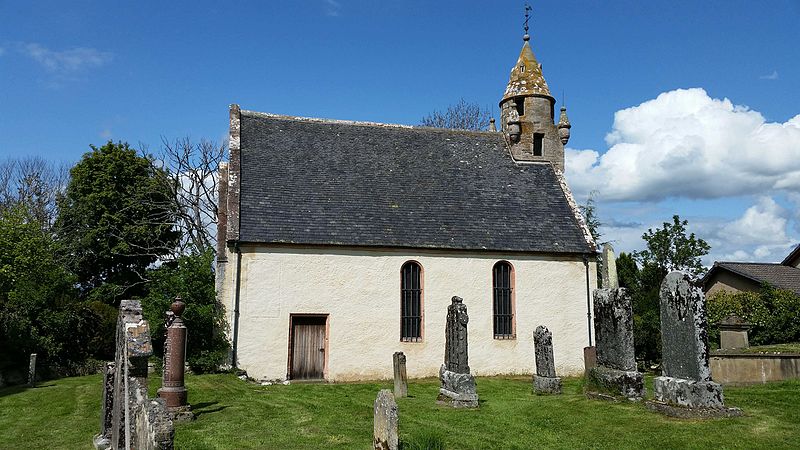 The Wardlaw Mausoleum is a must see for any Outlander fan. Thought to be the last resting place of Jamie Fraser's Grandfather Simon Fraser, the Old Fox, it is well worth the visit to see the lead coffins in the Fraser crypt.

As soon as you lift the heavy, wooden door in the floor of the mausoleum you start to get a glimpse of the Fraser's troubled past. If you look close enough and take a sneeky peek in the gaps of the coffins you might just see the bones!

Make sure you contact the Mausoleum first to make an appointment for a tour. Give yourself at least an hour here as Eric gives a wonderful in-depth account of the Mausoleum and the Fraser History in the area. This is an experience not to be missed. Although this is free, please bring a donation to put in the box. 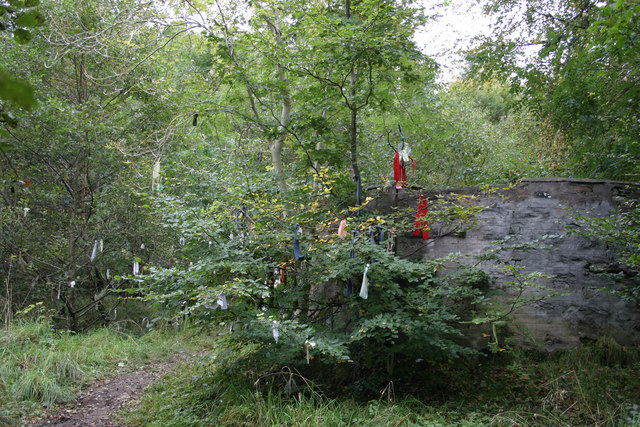 While most Outlander fans visit the wonderful Visitor Centre at Culloden Battlefield and walk the Battlefield itself, not so many of people walk the Culloden Trail through Culloden Woods. This is a walking trail which encompasses a few sites mentioned in the books.

Duncan Forbes of Culloden was an implacable opponent of Bonnie Prince Charlie but who pleaded for humane treatment of the Jacobites after the battle. A stone on the trail was a favourite spot of his.

Seventeen Jacobites were taken, wounded, at the close of the Battle of Culloden and confined in the dungeon of Culloden House; kept there for three days, and then put into two carts and conveyed to this stone; against which they were placed and shot.

One account by Alexander Bain Sage, a son of one of the men who carted the prisoners to the stone said one man, named Fraser survived and managed to crawl away and escape.

The Duke of Cumberland's Stone

The story goes that Duke of Cumberland had breakfast or his lunch on the table-flat top of the boulder on the day of the battle. It has also been said that he stood on the stone to better survey the course of the fight.

This walk also leads you to Culloden Battlefield and Clava Cairns is also nearby, both places are connected to the Outlander book series.

The Inverness Outlanders is a group of Outlander fans who met through the love of the Outlander book series written by Diana Gabaldon. We all live in or around the Inverness area and we love having Outlander adventures. We set up a blog to share some of our Outlander fun with other fans and also to show fans visiting Inverness all the Outlandish things to do here. You can also follow our adventures on twitter @InverOutlanders.