With a wingspan of 2m and some and talons as deadly as any kitchen cutlery set, the white-tailed eagle is Great Britain’s top terrestrial predator. Sightings in the UK can often be little more than a speck in a pair of binoculars or telescope, and consequently rather disappointing, but there’s one place where you are almost guaranteed to see them close up – Loch Na Keal on the Isle of Mull. The secret to the success here is the dead mackerel thrown off the back of their boat – all you have to do is watch open-mouthed as a bird the height of a small child descends from the skies to scoop up their dinner.

Take a boat trip to Noss National Nature Reserve, just off the main Shetland town of Lerwick, to watch hundreds of these spectacular glossy-white birds diving like feathered meteors in search of a meal. The gannets – the largest seabirds found in the British Isles – patrol the skies 20 or 30 metres above the water, then, spotting their prey just below the surface, fall into a stoop as steep as any peregrine’s, reaching speeds of nearly 60mph. Some 12,000 pairs use Noss’s brooding sandstone cliffs to raise their chicks. The gannet colony at Bass Rock in the Firth of Forth, with 75,000 pairs, is equally impressive. 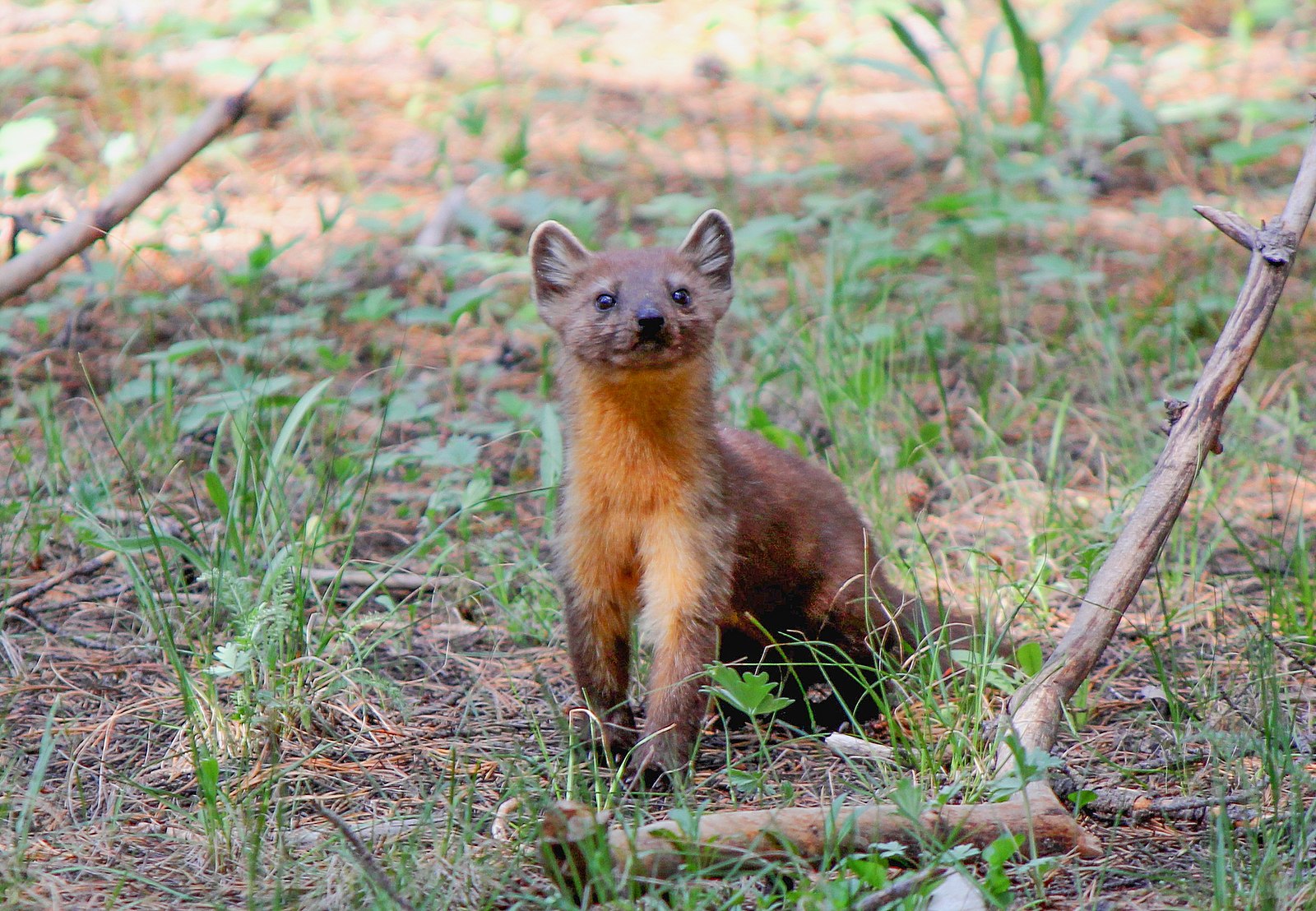 After the Scottish wildcat, the pine marten is the hardest to see of Great Britain’s carnivores, but there are a few places in Scotland where you can be nearly guaranteed of an encounter. One is the small but comfortable hide on the Rothiemurchus Estate in the north of Cairngorms National Park. Here, a menu of peanuts and a single raw egg is the bait that brings in these rare relatives of better-known species like otters and stoats.

You need to be patient, but apart from keeping your voice low, you don’t have to worry about scaring off the visitors. Badgers and woodmice make up the guest list – be sure to book yourself a table.

Storm petrels are tiny seabirds the size of sparrows. On the island of Mousa, just off Shetland’s Mainland, they come ashore in the spring time after many months spent out at sea – and as far away as South Africa – to nest in the crevices of boulder rubble and a 2,300-year-old Iron Age broch. The males and females take it in turns to tend to the eggs or chicks while their partner goes out on fishing trips, but they can only return under the cover of darkness or they are easy prey for skuas and black-backed gulls. Boat trips leave from Sandwick, often as late as 10.30 at night.

Though Shetland is said to be the best place to watch otters in Great Britain, having recently returned from a family holiday to the Inner Hebridean islands of Mull and Tiree, I would equally recommend both these places for otter-watching. The Ross of Mull provides some excellent viewing spots to watch them in Loch Scridain – try anywhere close to Pennyghael. They are said to prefer to hunt at low tide because fishing in shallower water saves energy. On Tiree, the freshwater lochs are said to provide excellent otter-spotting opportunities, though we saw ours at the north-east end of the island in Gunna Sound, the narrow stretch of water separating Tiree from Coll.

100 Great Wildlife Experiences: What to see and where, by James Fair is published by White Owl

James Fair writes about wildlife and the environment