A 16th-century chapel with vibrant Renaissance-style renderings, and a World War II prisoner of war camp are just two of the history gems on the Heart 200 trail shared by Tom and Julie Christie.

The Heart 200 route is a unique road trip around some of the most beautiful locations in Central Scotland. With 200 miles running through Stirlingshire and Perthshire, Heart 200 takes its visitors on an epic adventure to suit every taste amongst some of the most stunning natural surroundings in the world.

Over the millennia, this amazing land has made its mark on world history thanks to famous figures ranging from Robert the Bruce and Mary Queen of Scots to Robert Burns and Sir Walter Scott. However, the route’s destinations contain more than a few quirky historical secrets – some of which may come as a surprise to visitors…

Among the star attractions at Stirling’s venerable Smith Art Gallery and Museum is a football which is thought to be the oldest in the world. Dating back to c.1540, it was discovered in the rafters of one of the royal residences at Stirling Castle during renovation work and has since been shown at various venues around the world. It is now on permanent display at the Smith as part of ‘The Stirling Story’ exhibition. The museum is also home to the world’s oldest dated curling stone, which originates from 1511. Rescued from the basin of a drained pond in Dunblane, this unique treasure of sporting history is now available for visitors to see and has become known locally as ‘The Stirling Stone’. 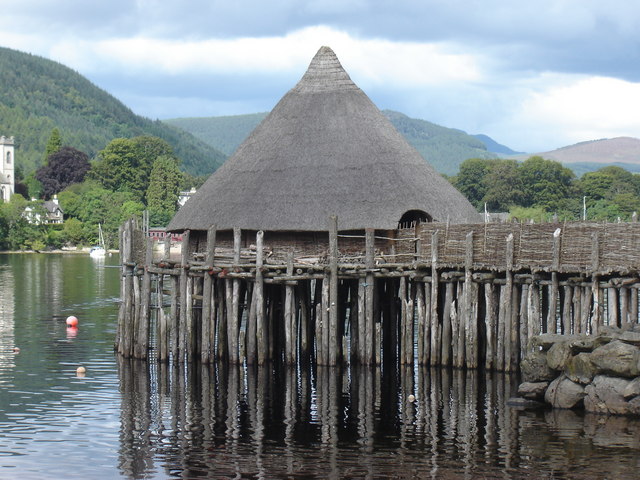 Although the reconstructed Iron Age loch-dwelling was destroyed by fire in June 2021, the Scottish Crannog Centre is still open to the public at the time of writing.

The centre is dedicated to bringing history alive, and among the many experiences that visitors can encounter there are Iron Age recipes made with the very same ingredients that crannog-dwellers would have used, an example of 2500-year-old butter, and accurate aromas from the outdoor areas – including that of an ancient wood fire, setting the scene perfectly. 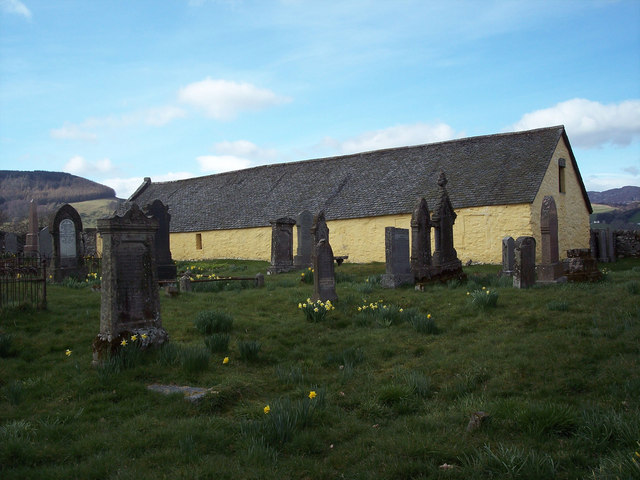 The historical gem of St Mary’s Chapel, built by Alexander Stewart of Grandtully Castle in c.1533, is situated in Nether Pitcairn near the village of Grandtully. A remarkably-preserved 16th century church, its modest exterior and remote location outwith the village’s confines give next to no hint of the amazing sight which lies within its unassumingly austere confines: bright tempera paintings that adorn its wooden tunnel vault ceiling, dating all the way back to the 17th century. 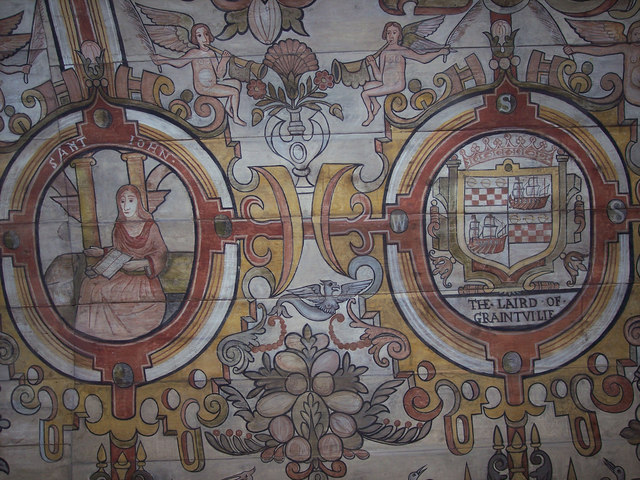 The array of vibrant Renaissance-style renderings, which depict Biblical characters and scenes along with coats of arms and other details, were painstakingly restored in the 1950s, and are essential viewing for any admirer of Scottish history who happens to be visiting the area. 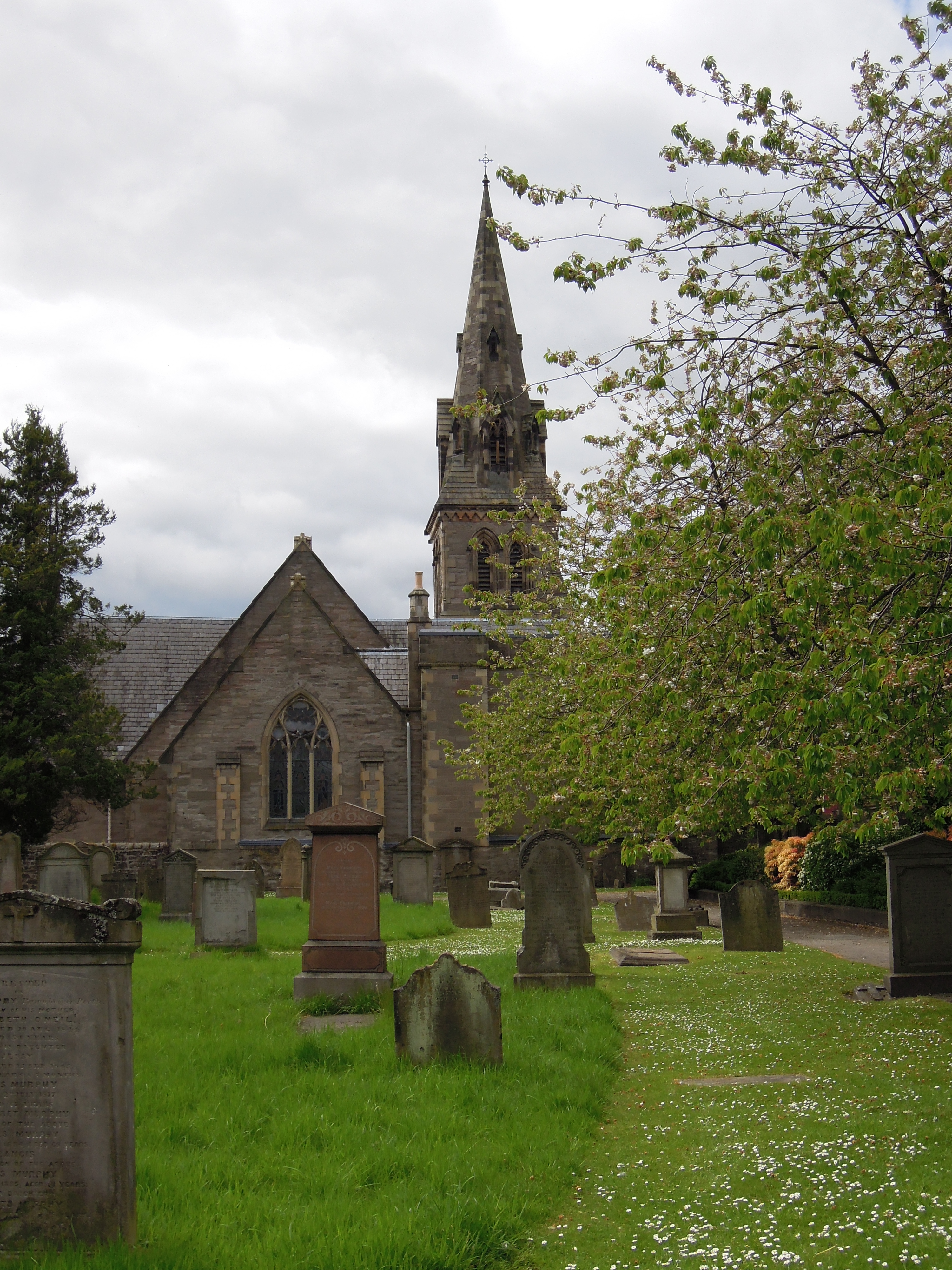 The peaceful site of Greyfriars Burial Ground in Perth’s Tay Street contains the final resting place of many honoured people from the city’s long and illustrious history. A cemetery since 1580, the site has a long connection with religion; its location had previously been the site of a Franciscan friary, established in 1496 and demolished in 1559 during the Reformation. The burial grounds were extended in the 18th and 19th centuries, and interments continued there until 1978.

The calm surroundings are now also a biodiversity bank with wildflowers, butterflies and other insects making their home on the premises. Follow the footpaths (positioned in 1835) to discover the sights of the weeping lady of the Kennedy Monument and the remarkable 1782 Adam and Eve Stone. Of arguably even greater interest to history enthusiasts is a collection of early gravestones – now under a shelter to aid their preservation – which date back to the 16th and 17th centuries, including the famous Buchan Stone from 1580, the year the cemetery was founded. 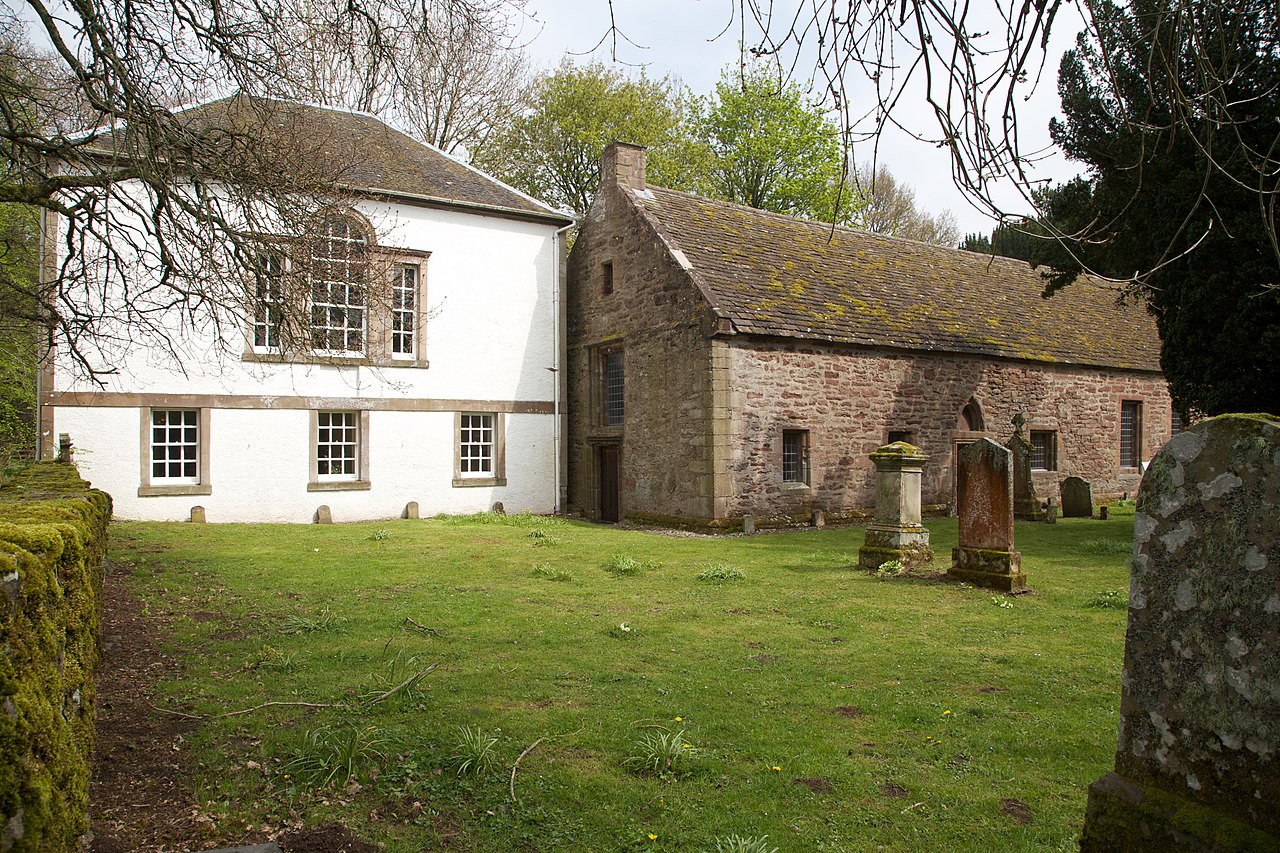 Based in the village of Innerpeffray (approximately four miles south-east of Crieff), the historic Library of Innerpeffray is considered to be the oldest lending library in Scotland. It was founded in 1680 by Lord David Drummond (1610-92) in the attic of the village’s St Mary’s Chapel, though the growing collection of books soon necessitated that the collection expanded to a building constructed nearby in the kirkyard.

The Reverend Robert Hay Drummond (1711-76), later Archbishop of York, inherited the estate in 1739 and commissioned the construction of a custom-built library and reading room, designed by architect Charles Freebairn. The collection of books was moved to the new structure in 1762, which is now a Category A listed building.

Though the lending of the library’s books to the public was a practice which ended in 1968, the building is still open to visitors between spring and autumn, and it remains a book-lover’s paradise. The library contains a treasure trove of rare texts, among them a Bible belonging to the Marquis of Montrose (1633), a first edition copy of John Knox’s Historie of the Reformation(1644), early editions of Robert Burns’ legendary Poems, Chiefly in the Scottish Dialect(1787-88), and innumerable other publications – some of them dating back as far as the 16th century. 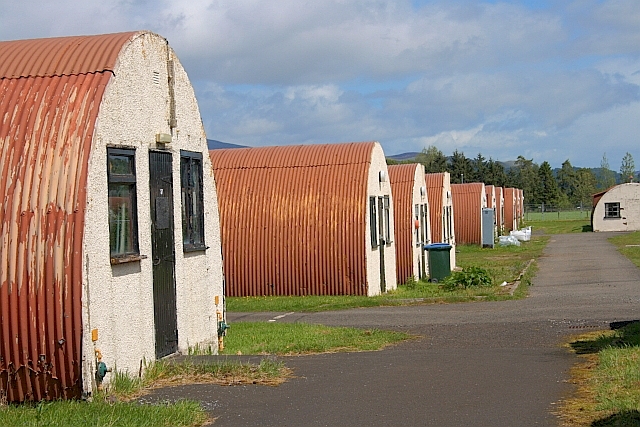 Nobody with an interest in history will want to pass up the chance of a visit to one of Comrie’s most unique and noteworthy places: Cultybraggan Camp. Located one mile south of the town, Cultybraggan was once a World War II prisoner of war camp (POW Camp 21) which has been preserved in astonishing condition.

Visitors can find out more about the story of this camp and its one-time inmates; information boards and display panels are situated around the area to explain what life in the camp was like during the 1940s, including the Cultybraggan cartoon collection – a gallery of authentic pen and ink drawings created by German prisoners during the war.

In 1949 the grounds were converted into a training camp for the British Army, Territorial Army and Army Cadets. The Army withdrew from Cultybraggan in 2004, and the camp is now operated by Comrie Development Trust which has developed it for a variety of purposes since September 2007. A number of the Nissen huts have been Category A and Category B listed by Historic Environment Scotland due to their national significance.

While everyone knows about Dunblane’s grand cathedral and the gold post-box on the Main Street which commemorates Sir Andy Murray’s Olympic tennis success, visitors are also sure to enjoy a lesser-known attraction – one of the city’s best-hidden secrets. This is the eccentric historical sight of Queen Victoria’s Horseshoe: a piece of the preserved past located at the corner of Bridgend and Stirling Road near the railway station.

This horseshoe was thrown from one of Queen Victoria’s royal horses when her carriage passed through the city on 13th September 1842, and was attached to the wall for posterity after local blacksmith Mr McKenzie reshod the horse in question. A dedicatory plaque marks the spot. According to local legend, anyone who rubs the horseshoe will be blessed with good luck. 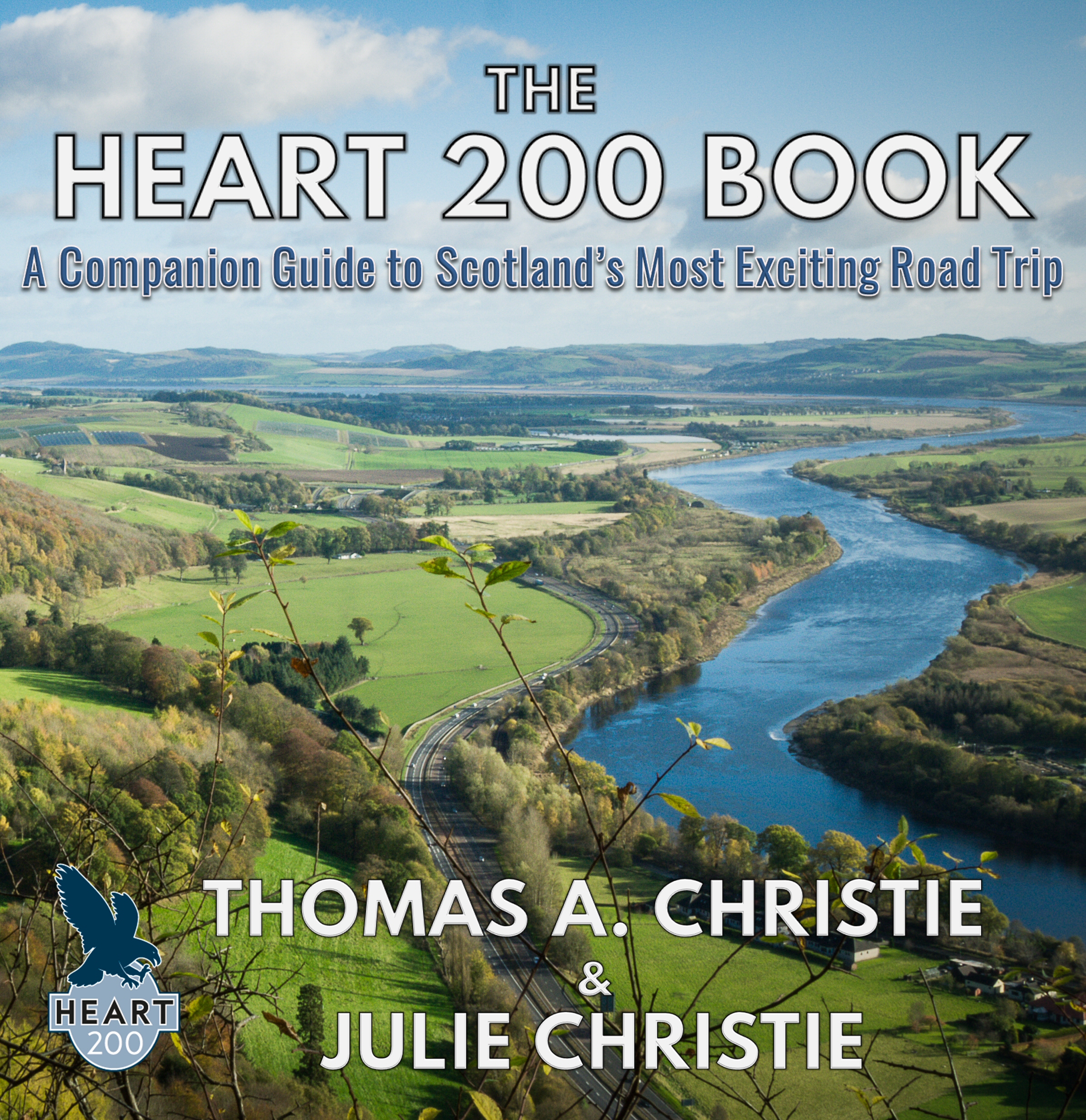