Admire the achievements of Victorian engineers with our pick of ten bridges created in the Victorian era.

Admire the achievements of Victorian engineers with our pick of ten bridges created in the Victorian era.

Britain’s highest extant railway viaduct was completed in 1848 and has a span of 55 metres and a height of 50 metres. The viaduct’s architect John Miller was born in Ayr and was engineer on the Dundee & Arbroath Railway, Glasgow, Ayr & Kirmarnock Railway and Edinburgh and Glasgow North British Railway.

Ballochmyle Viaduct crosses the Rivr Ayr on the Glasgow to Carlisle line and the central arch is, according to Canmore. the longest masonry arch ever built. The viaduct features in the 1996 film Mission Impossible and is classed as a National Historic Civil Engineering Landmark. 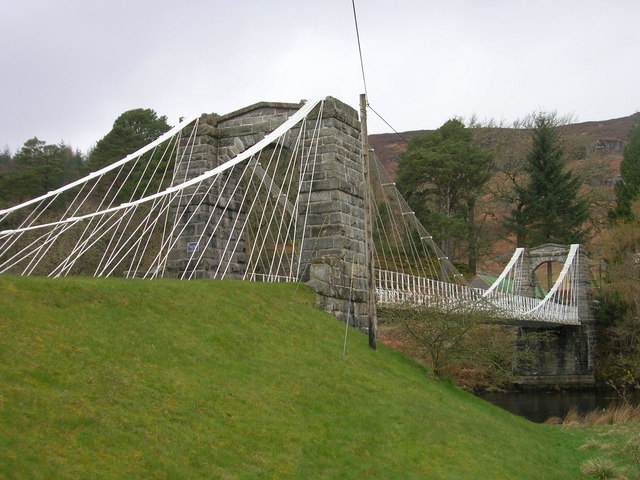 A taper principle suspension bridge opened in 1854 and designed by Bath-born engineer, architect and brewer James Dredge. The 47-metre bridge crosses the River Oich and was created after an earlier bridge was destroyed in a flood in 1849.

For almost 100 years, the bridge was used by pedestrians, horses, stagecoaches and cattle drovers, before it was closed in 1932. The bridge reopened to pedestrians in 1997 after restoration by Historic Environment Scotland.

The bridge stands close to the Caledonian Canal and close to a modern road bridge, which provides a good viewing point. 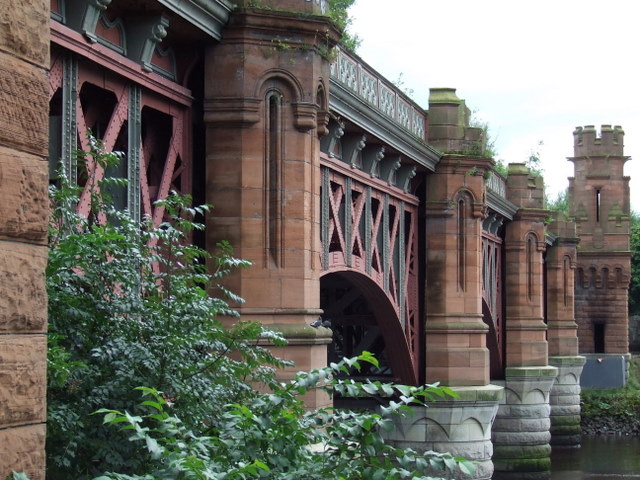 City Union Railway Bridge, opened in 1899, and once part of the main route into and out of St Enoch Station, is now a freight-only line. The bridge was designed by John Fowler and J F Blair. 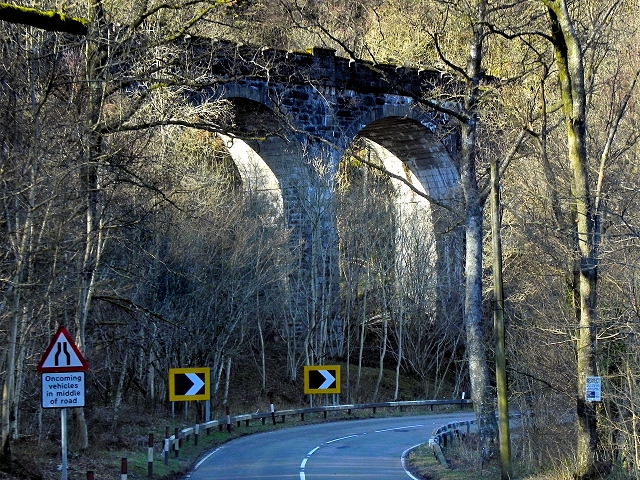 A viaduct of the West Highland Line,  Creag-an-Arnain Viaduct was completed in 1894 and is believed to have been designed by Perthshire architect James Miller, who also created Wemyss Bay railway station.

The eight-arch, category B listed structure, spans 104 metres and crosses two burns that run into Loch Lomond. It is the only stone-built viaduct on the West Highland Line. 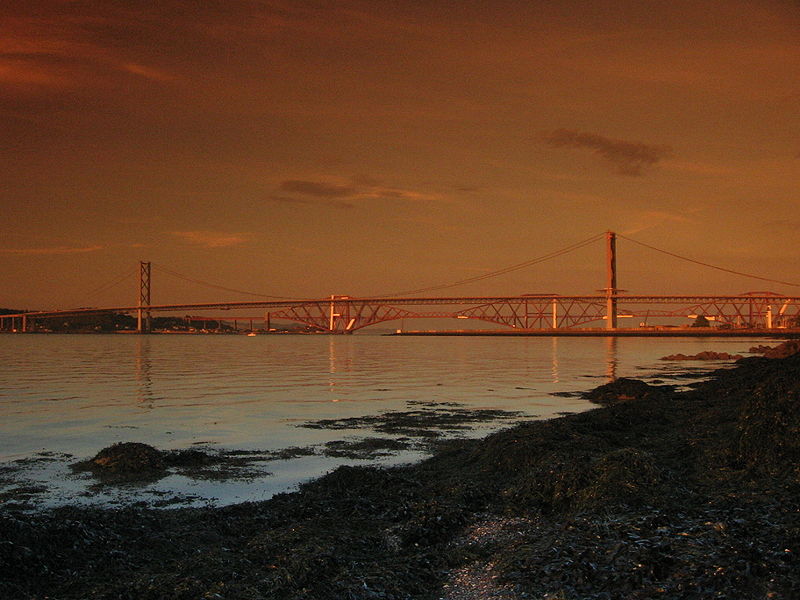 Opened on 4 March 1890, the Forth Rail Bridge is one of three crossing points at this section of the Firth of Forth between South Queensferry and North Queensferry. Before the bridge was created, passengers had for centuries used a water ferry service.

The bridge was created by Sir John Fowler and Sir Benjamin Baker and is classed as a Category A building and a UNESCO World Heritage Site. At the time of its opening, the 521-metre-long structure was the longest single cantilever bridge in the world. 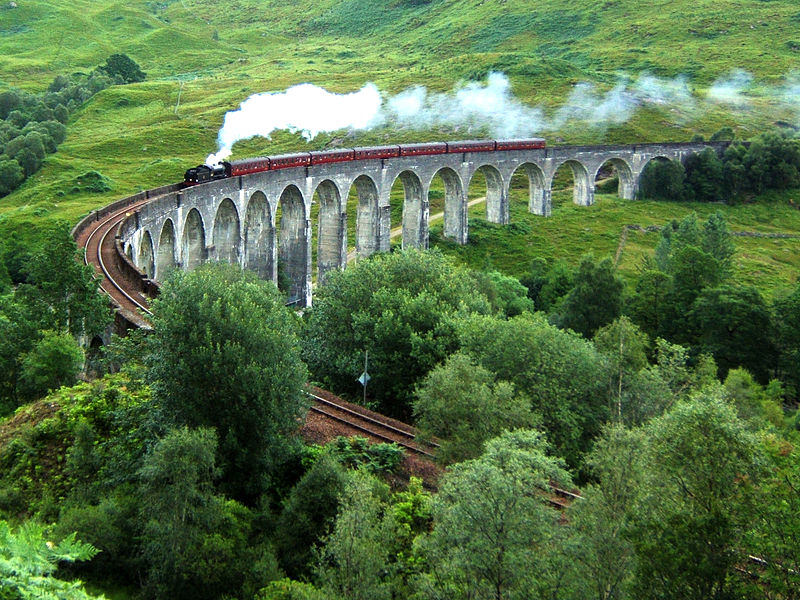 Now often referred to as the ‘Harry Potter’ bridge after its appearances in the films, Glenfinnan Viaduct carries the Jacobite steam train along the West Highland line at Glenfinnan. Although the viaduct was constructed in the Victorian age (from 1897 to 1901), it opened just weeks after the death of Queen Victoria.

Glenfinnan Viaduct is Scotland’s longest concrete railway bridge at 380 metres and crosses the River Finnan. It was designed by civil engineers Alexander Simpson and Walter Stuart Wilson. Many visitors combine a trip to the railway with a visit to the nearby Glenfinnan Monument which commemorates those Jacobites who lost their lives whilst supporting Prince Charles Edward Stuart (Bonnie Prince Charlie). 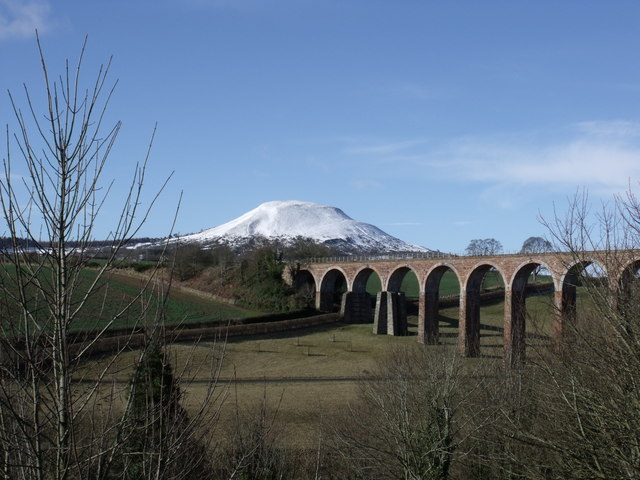 Leaderfoot Viaduct (sometimes referred to as Drygrange Viaduct) spans the River Tweed near Melrose, with a nineteen-arch structure. The viaduct was completed in 1863 and was part of the Berwickshire railway that ran from Reston to Greenlaw.

The Berwickshire railway closed to traffic in 1948, after severe flooding damaged the line, causing seven railway bridges to be demolished. Leaderfoot Viaduct survived and was restored in a project that ran from 1992 to 1995. 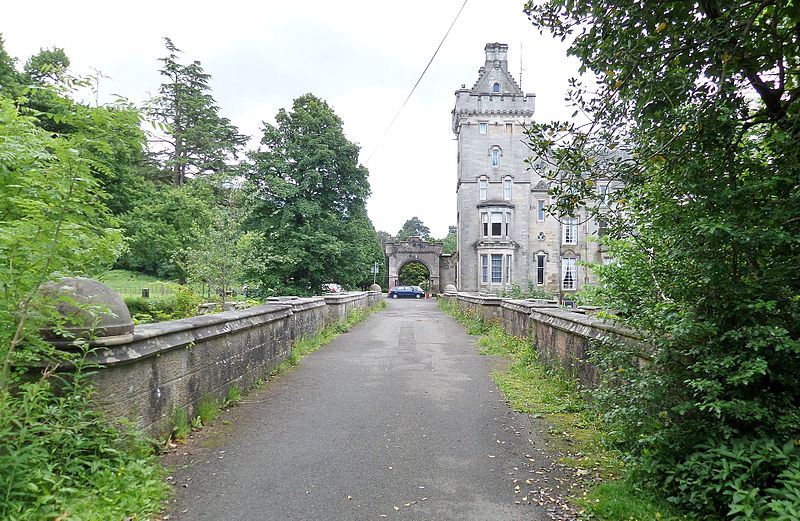 A category-B listed bridge designed by H.E. Milner and opened in 1895. The bridge was created at the request of Lord Overtoun, of the nearby Overtoun estate, who wished for a new approach road to his mansion that could easily be used by carriages.

The three-span bridge is created from ashlar stone and spans the Overtoun Burn. Over the years, Overtoun Bridge has been the subject of a strange coincidence whereby more than fifty dogs have leapt to their death from the same side of the bridge.

The Shin Railway Viaduct was completed in 1868 to carry the Dingwall to Wick line across the Kyle of Sutherland. This 70-metre, iron-truss structure was designed by Joseph Mitchell and Murdoch Paterson. Mitchell retired a year before the bridge opened and Paterson went on to become chief engineer of the Highland Railway in 1874.

The bridge now also has a footbridge and is part of route 1 of the National Cycle Network. 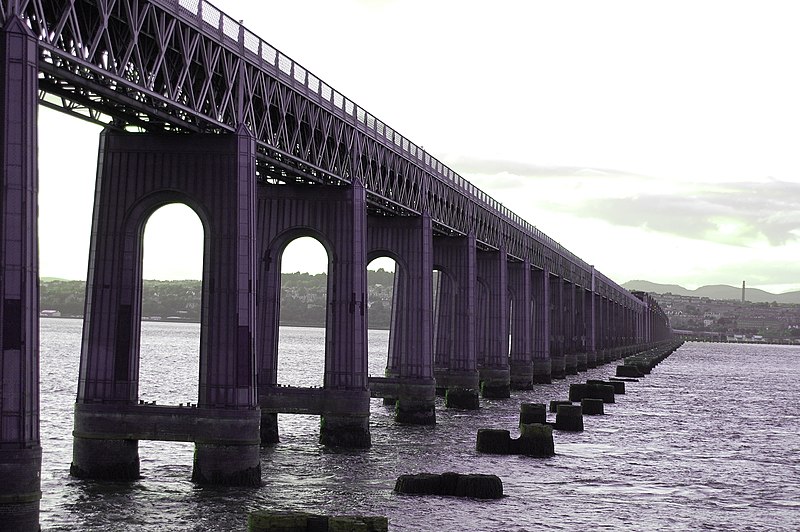 The opening of the Tay Rail Bridge on 10 June 1887 was a subdued affair, coming as it did eight years after the Tay Bridge disaster of 28 December 1879 in which around seventy people lost their lives when a train crossing the previous bridge during a storm plunged into the River Tay as the bridge collapsed. The remains of the old bridge can still be seen when crossing the new bridge on the train, since the new bridge runs parallel to the course of the old one.

The second rail bridge spans the River Tay across 3,264 metres and has 85 spans. The legacy of the Tay disaster has carried through to the present day. The second bridge was subject to extensive testing and has been monitored ever since. Even today, trains crossing the structure must be separated by at least eighteen metres.