A history of the Edinburgh Incorporation of Goldsmiths Matthew Shelley explores the history of Scotland's oldest consumer protection body, which has regulated the gold trade in Scotland since the 15th century.

Matthew Shelley explores the history of Scotland's oldest consumer protection body, which has regulated the gold trade in Scotland since the 15th century.

A few years ago there was a flurry of interest when a simple and elegant spherical silver teapot came up for sale at Lyon & Turnbull auctioneers in Edinburgh. Thanks to the hallmark it could be traced back to around 1714, making it the joint earliest recorded teapot made in Scotland.

Its creator was Colin Campbell, a young craftsman who had completed his apprenticeship and been admitted as a Freeman of the Incorporation of Goldsmiths of Edinburgh just two years before in 1712. This little tale underlines how hallmarks, and the Incorporation’s assiduous record-keeping, open windows on lives and lifestyles from centuries past.

More widely it shows how the organisation’s members were often at the forefront of new ideas and fashions. This was quite natural as they were the people called on to create the gold, silver or jewellery that people of authority, and key institutions, used to mark important occasions or display their wealth and taste.

The early years of the Incorporation

The Incorporation was founded by Royal Charter in 1687 and its responsibilities included running the Assay Office responsible for applying the hallmarks that identified makers and dates and guaranteed the purity of precious metals.

As such, it is Scotland’s oldest consumer protection body, and quite possibly its oldest continuously operating business. However its roots and records go back far further. There have been goldsmiths in Edinburgh since at least the 12th century, an assay office was set up in 1457 and an Incorporation has existed since the late 15th century to regulate the trade and care for its interests.

Nowadays the Incorporation remains a thriving part of Scottish life and still oversees the Assay Office – which is the fastest growing in Europe. It also continues to help provide enduring and beautiful physical objects to mark momentous events. In 1999-2000 it commissioned 15 leading silversmiths to create The Millennium Collection, which commemorated the return of the Scottish Parliament after 300 years.

The tableware, which is on permanent loan to the First Minister’s official residence at Bute House, is one of the country’s largest collections of working silverware and is used both in every day settings and at special events, including visits by foreign leaders. 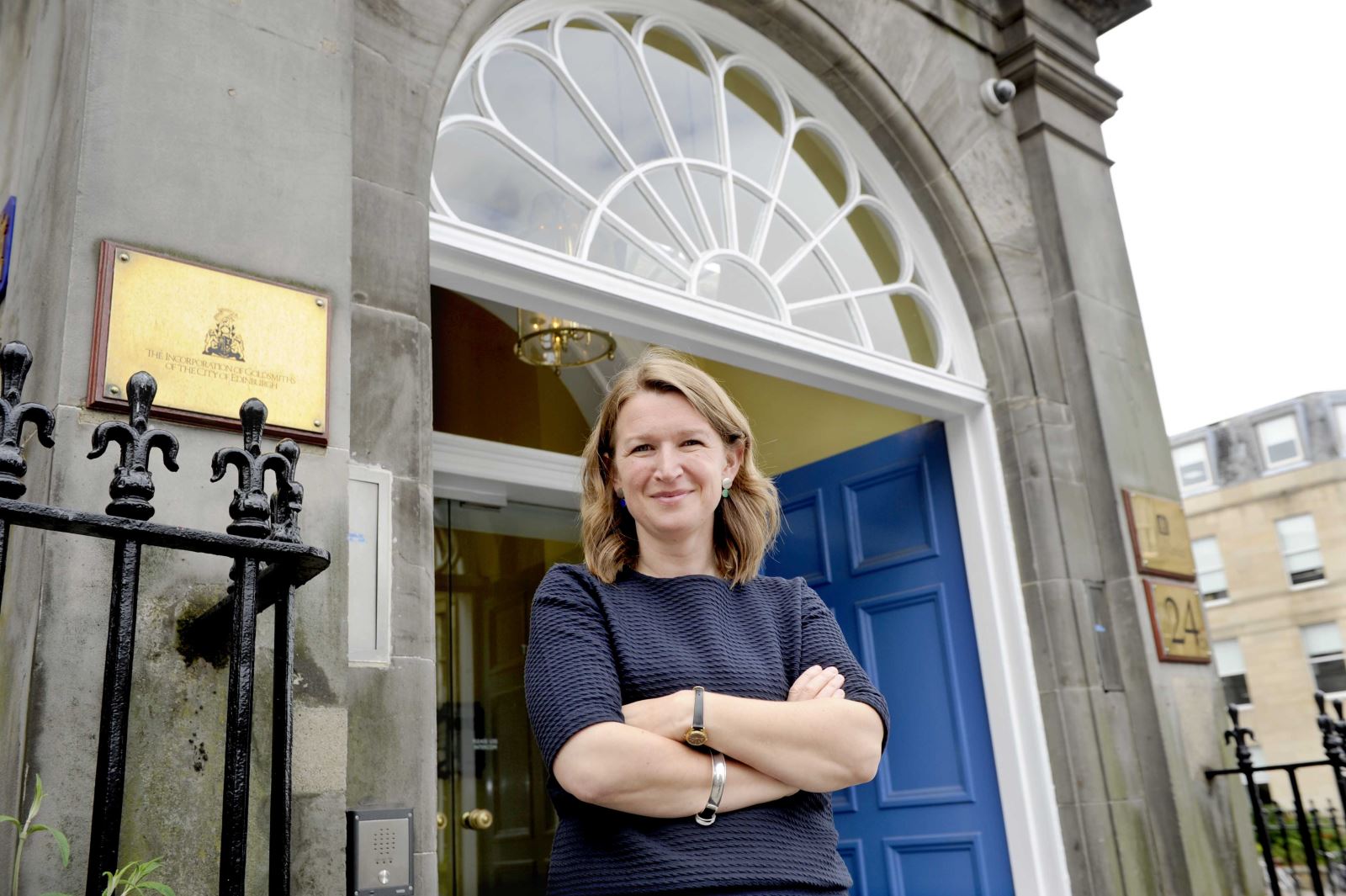 Yet amidst the continuity there is change, and a willingness to adapt to constantly changing economic and political currents, ensuring the Incorporation remains as relevant in the 21st century as it was in the 15th.

Something new is Elements, an annual festival of the finest in jewellery, silver and gold, organised in partnership with Lyon & Turnbull. This year the festival takes place from 2 to 5 November in the lovely 18th-century church in Broughton Place, where the auctioneers are based.

It will feature an exhibition by 50 amazing contemporary designers some of whose work, like Malcolm Appleby’s Sun Disc, is inspired by exquisite craftsmanship of the past. A sale of work by another 50 high quality makers maintains the Incorporation’s role of promoting excellence in the trade.

This year’s festival, Elements 3, will also point to a new future for jewellery, silver and gold in Scotland with an showcase of pieces made from ethically sourced materials and using environmentally friendly techniques. It is part of a wider project, including the development of an online Ethical Making Resource, that lies at the heart of a campaign to make Scotland a world leader in good practice.

For an organisation whose makers have been responsible for some of the most remarkable and valuable items ever made in Scotland, such the crown in the Honours of Scotland, Scotland’s crown jewels, and the mace in the Scottish Parliament, made by Michael Lloyd, it is the Hallmarking Archive that is among its greatest treasures.

The archive brings together much of surviving information on the Goldsmiths of Edinburgh from the 12th to the 21st century and is a particularly rich source of information about the 16th century onwards. It also contains registration documents, over 8,000 biographies plus information about makers’ marks and objects.

Another way in which the Incorporation has modernised is by putting the collection online so the public can find out about their ancestors, and their prized possessions. Hallmarks can be matched with those in the records to identify makers and dates. And those with an interest in genealogy can use the biographies, and other records, to find out about family members who were connected to the Incorporation. In these ways the Incorporation is both looking to the future and allowing the public to discover more about the past.

For more information on the Incorporation of Goldsmiths, visit the website.

(Images show Mary Michel, director of the Incorporation of Goldsmiths outside its Broughton Place headquarters, and the George I bullet teapot. Images © Lyon & Turnbull Auctioneers)