The lost towers of Glasgow Cathedral Dr James Macaulay explains why 19th-century opinion turned against the towers of Glasgow Cathedral, leading to what he believes was one of Scotland's greatest architectural losses.

The most famous early image of Glasgow’s medieval cathedral is the 1693 engraving by the Dutch or German-born military engineer and artist John Slezer. It shows a building that is substantially the same as it is today – except for the two differently-sized towers on either side of the western front, which are no longer there.

Opinions differ on the merit of the towers. Dr James Macaulay, former Chairman of the Society of Architectural Historians of Great Britain, has made a detailed study of these long-demolished structures and his findings can be read in a newly-published book entitled Where Mortal and Immortal Meet: Essays in Celebration of the Eighty-Fifth Anniversary of the Society of Friends of Glasgow Cathedral.

Dr Macaulay, who is also the Chairman of the Society of Friends, explains why opinion began to turn against the towers towards the end of the 18th century: “The remains of the [nearby] bishop’s castle were cleared away to make way for Robert Adam’s Royal Infirmary in the early 1790s”, he writes. “Until then the towers were integral parts of a varied architectural and topographical ensemble. Thereafter, the cathedral was isolated and more exposed, for, lacking an architectural foreground, it was brought into more prominence.”

In 1833 a wealthy local businessman, Archibald McLellan published his Essay on the Cathedral Church of Glasgow with the aim of promoting the improvement of the Cathedral which was in need of renovation. To McLellan, the western towers were “ungainly forms”. With typical optimism, the Victorians reckoned they could do better and Edinburgh architect G. M. Kemp drew up a design for an elaborate new western front with two symmetrical and ornate towers.

For various reasons explained by James Macaulay, these were never built, but in the 1840s the original towers which were considered to have “obscured and deformed” the appearance of the front were demolished.

To James Macaulay, it was one of Scotland’s greatest architectural losses. 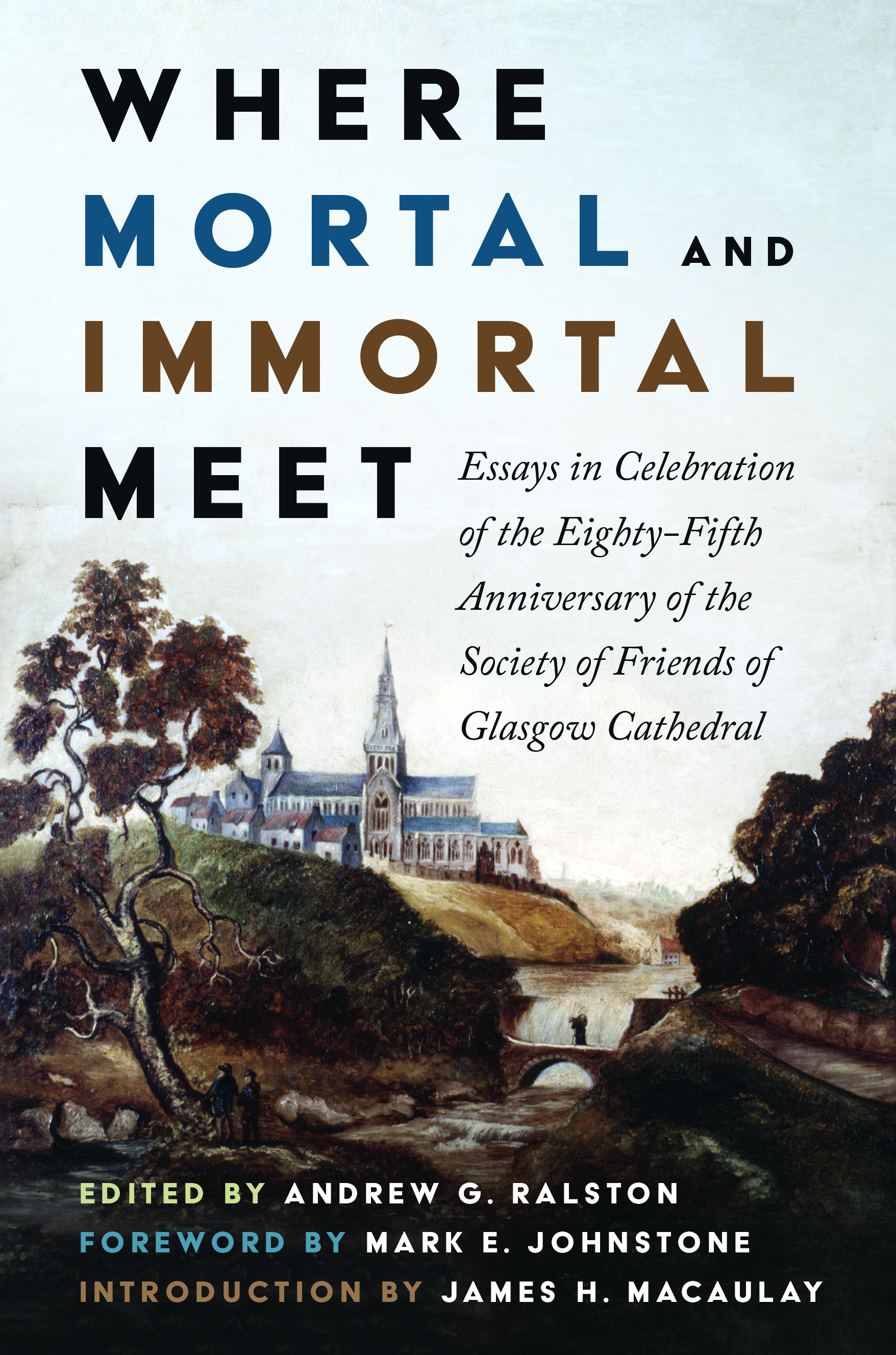 Where Mortal and Immortal Meet has been published by Wipf & Stock on behalf of the Society of Friends of Glasgow Cathedral, a non-denominational charitable organisation dedicated to improving the "adornment and furnishing" of the cathedral and encouraging research into its history. Edited by Dr. Andrew G. Ralston, the book contains sixteen chapters covering the development of the Cathedral from the time of St. Mungo in the 6th century up to the 20th century, contributed by eminent historians of the past and present.

The standard work has long been The Book of Glasgow Cathedral: A History and Description, compiled more than 120 years ago by the historian and literary critic George Eyre–Todd. This new book could therefore be seen as a 21st-century equivalent of his pioneering volume and should prove to be an invaluable resource for future generations of historians and for all those who have a love for one of Scotland’s most significant architectural treasures.

The RRP is £29 but the Society of Friends will initially be offering the book at a special discounted price of £15 (plus postage).