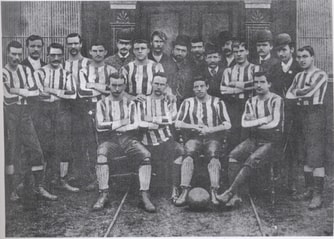 Celtic Football Club was formally constituted on 6 November 1887, with the club playing its first official matches a year later. ...

Celtic Football Club was formally constituted on 6 November 1887, with the club playing its first official matches a year later.

A vacant plot was found close to St Mary's Church and the team were initially known as 'the bould boys', with the name Celtic later adopted to reflect the players' Irish and Scottish roots. The team's first official match was played on 28 May 1888, when Celtic beat Rangers 5-2.