A researcher at FindMyPast has found fascinating documents relating to the Glencoe massacre whilst digitising pages of the Caledonian Mercury newspaper.

Following the Glencoe massacre in 1692, the government launched an inquiry into the atrocity that was so damning it was quickly surpressed.

The brutality of the massacre shocked Scottish society and became a Jacobite symbol of post-1688 oppression. The report remained hidden from the public until 1745 when Prince Charles Edward Stuart ordered it, along with the original 1695 parliamentary minutes, to be reprinted in the Caledonian Mercury.

FindMyPast recently digitised the Caledonian Mercury and while doing so, found the report in its entirety.

The role of the Dalrymple family

Myko has also discovered a collection of letters from Sir John Dalrymple to his relatives in FindMyPast's Jacobite Rebellions 1715 and 1745 collection.

This newly digitised and rediscovered report, when combined with exclusive records, scanned for the first time from The National Archives in London, shine a new light on the story of some of the most turbulent times in Scottish history. The Glencoe inquiry explored the massacre as 'slaughter under trust', a crime considered high treason.

One of the main accused, John Dalrymple, was forced to resign in disgrace as a result, but after such acts, only a few years later made their return to court in favour and was made an earl. He was later a key player in the Act of Union.

Original documents available on Findmypast detail the role played by other members of the Dalrymple family in this period. John's brother Sir David Dalrymple was one of those who considered the government response to the aftermath of the 1715 rising, and his nephew Sir Hew indebted themselves to the crown over the course of the events of the 1745.

See key pages from the finds below and explore more historic newspaper records at FindMyPast.

A FindMyPast subscription is required to access the records; a record search is free. Please note that some libraries and archives offer institutional access to FindMyPast to card holders. 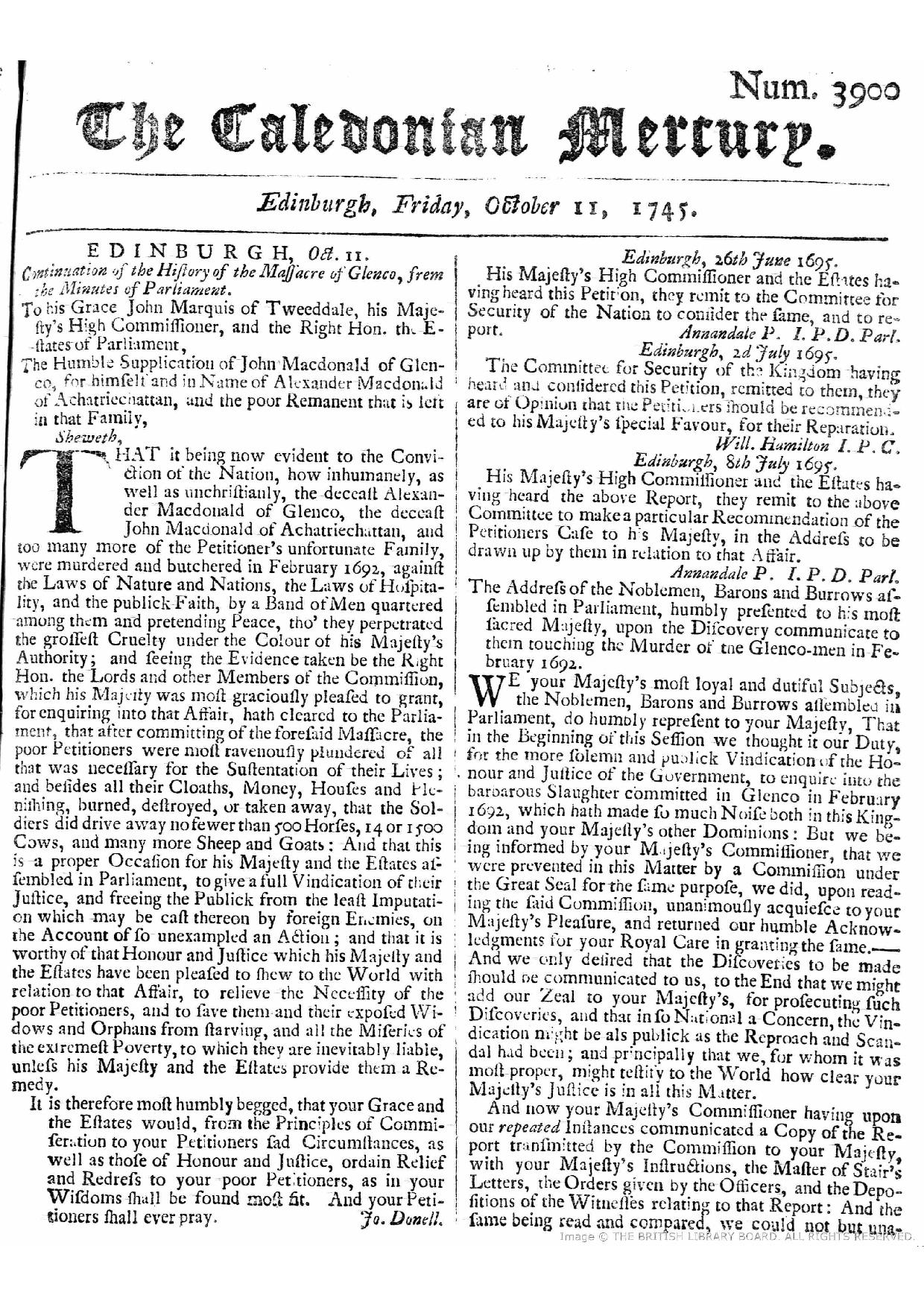 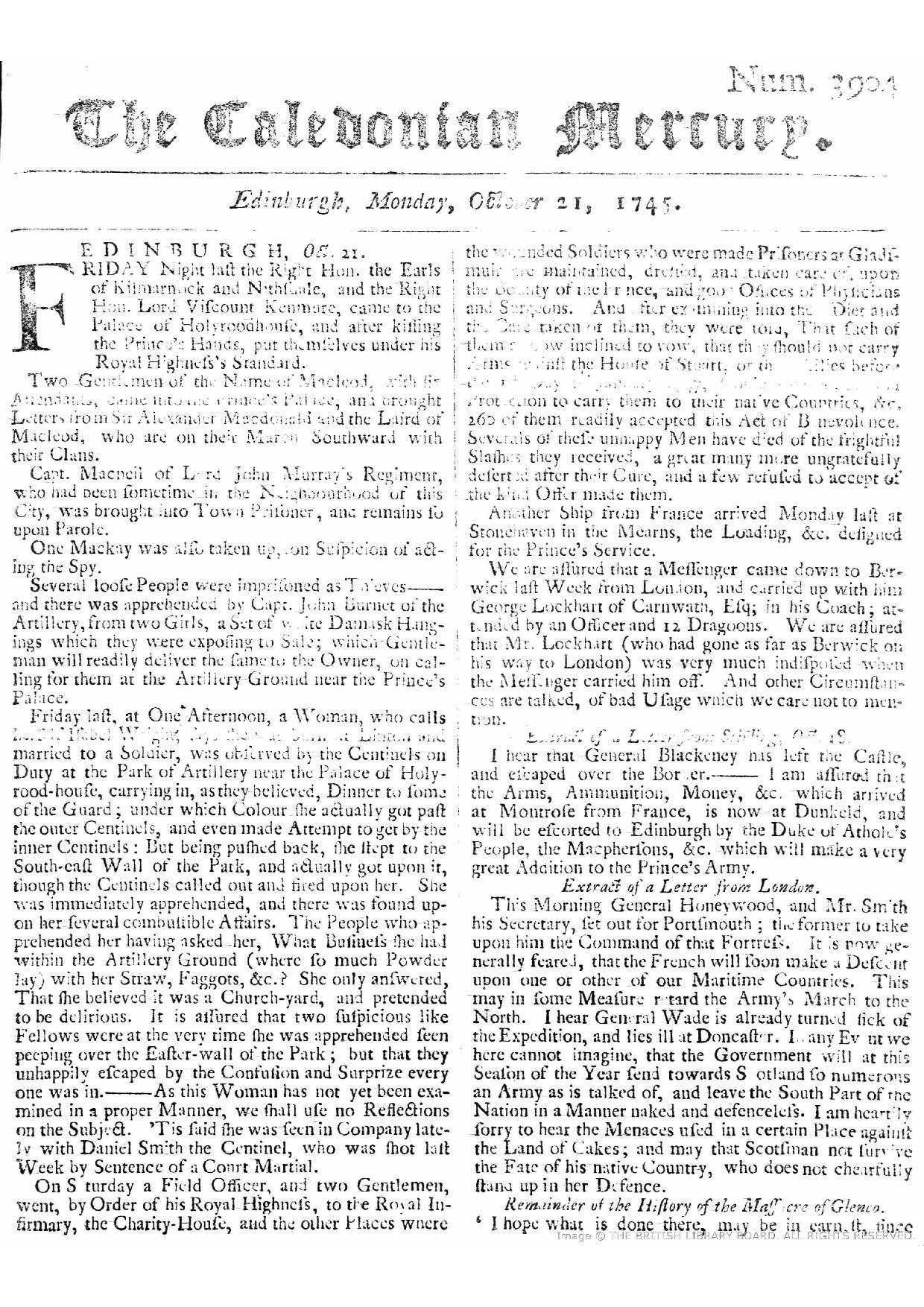 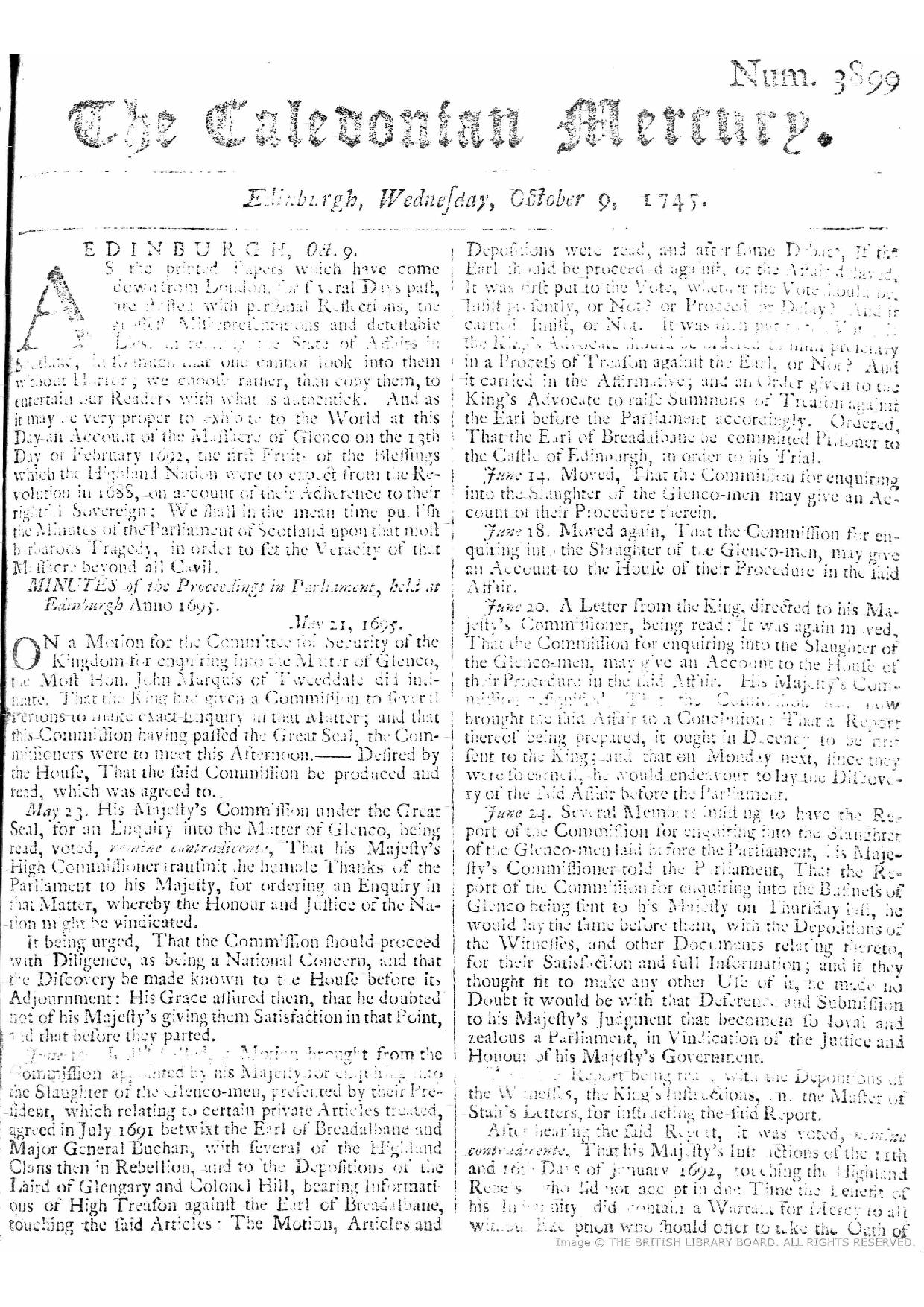 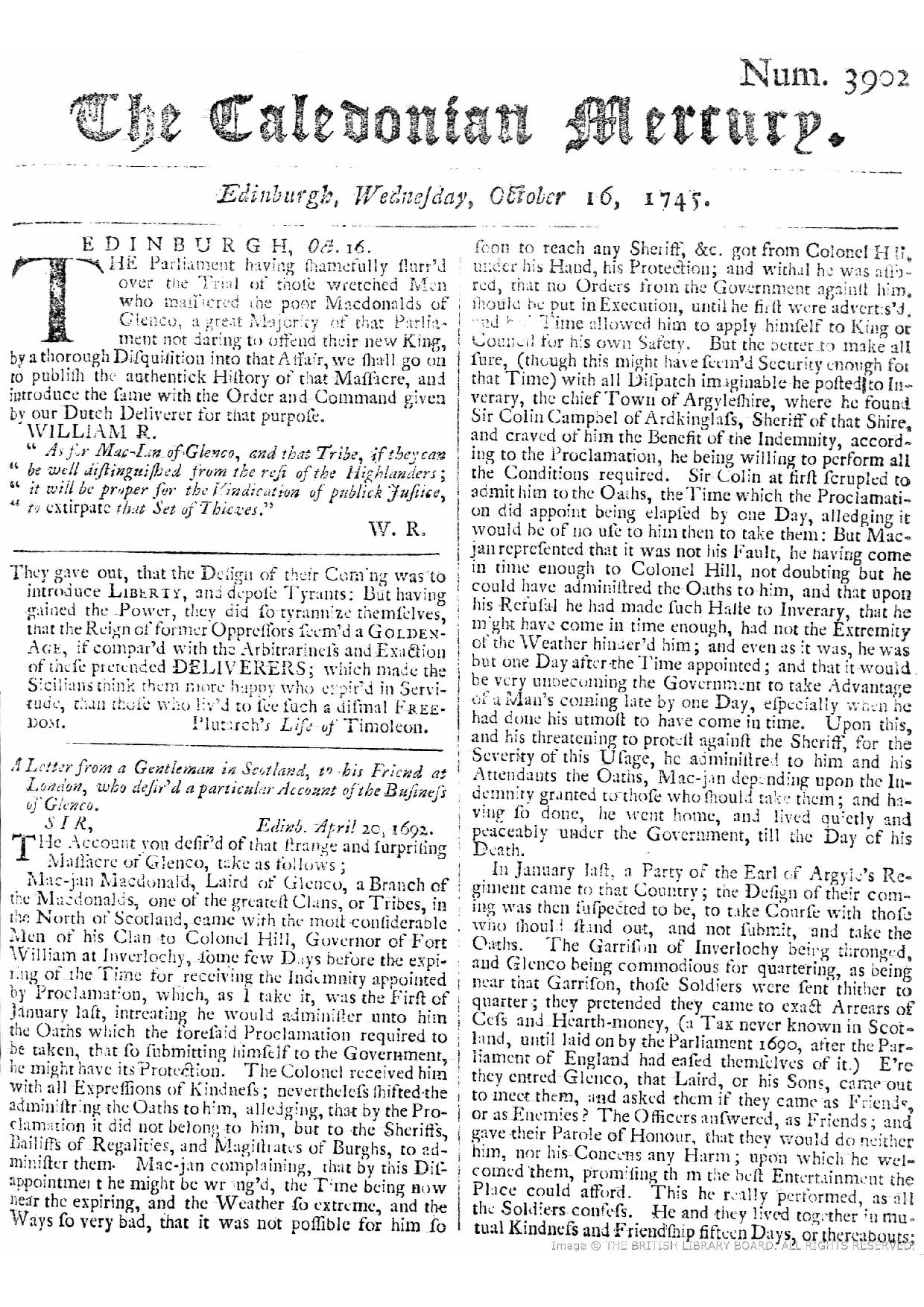