Discovery sheds new light on the Battle of Culloden New research by Historic Environment Scotland (HES) has been published which revises the position of the Jacobite left flank during the battle in 1746.

It is one of the most iconic battles in Scotland’s history, and one which holds a particularly poignant place in national consciousness. Now, over 275 years later, the Battle of Culloden (16 April 1746) is still revealing its secrets.

Historic Environment Scotland (HES) has uncovered new evidence for the location of Culloden Parks, the designed landscape around Culloden House, which was an important element of the battlefield landscape of Culloden in 1746 thought to have been lost. Culloden House played a key role in the conflict as a headquarters for Prince Charles Edward Stuart (Bonnie Prince Charlie) and his Jacobite commanders in the days leading up to the battle.

The investigation by HES has not only discovered new evidence which shows that Culloden Parks was situated further to the west of the traditional battlefield site than previously thought, but also that a significant amount of the boundary walls of the Parks survive.

Changing our understanding of Culloden

This finding has a significant bearing on current understanding of the battlefield landscape and the battle itself. The Jacobites used the southern end of Culloden Parks as their left flank when they deployed for the battle, meaning the Jacobite left flank must also have occupied a more westerly position than was previously believed.

ENJOY HISTORY SCOTLAND MAGAZINE FROM JUST £3.99 PER ISSUE - CHECK OUT OUR OFFERS HERE

Culloden is one of the most important battles in the history of the British Isles. It was the final battle fought on the British mainland and a total and bloody defeat for the Jacobites, ending more than half a century of Jacobite conflict. The battlefield itself is one of the most visited tourist sites in the Highlands, and the site holds a particularly high significance and emotional connection to many within Scotland and to the ancestors of the Scottish diaspora.

In the 275 years since the battle, the landscape of Culloden has been significantly altered through agriculture, development, and changes in land use. Many elements of the landscape that were recorded in the 1740s were believed to have been lost to these changes, including Culloden Parks. While a number of elements have been identified or confirmed through historical and archaeological research over the last few decades, much of the battlefield has remained unclear. 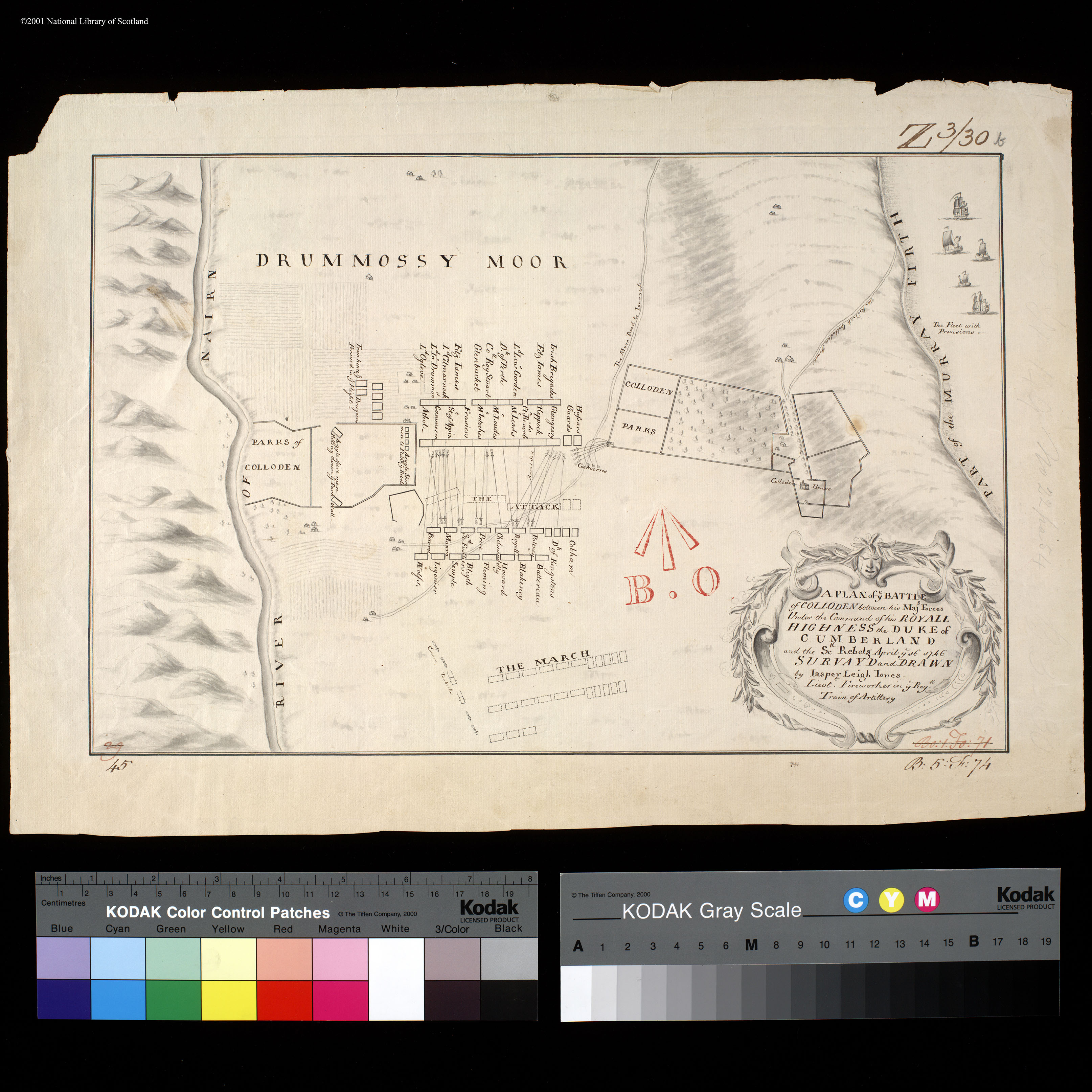 Jasper Leigh Jones’ map of the battle of Culloden, with the Culloden Parks visible on the centre right

The discovery of the location of Culloden Parks in the modern landscape was made by cross-referencing contemporary 18th-century maps alongside much more precisely detailed modern mapping. HES also used modern technology in the form of airborne laser scanning, known as LIDAR, which records the landscape in 3D.

This data can show subtle landscape features more prominently than is often seen on the ground, and in this case was able to show that the original channel of the Red Burn, another feature of the battlefield landscape, is also located further west than the currently understood positions of the armies would suggest. Finally, a field assessment was carried out to trace the physical evidence of the surviving walls on the ground. 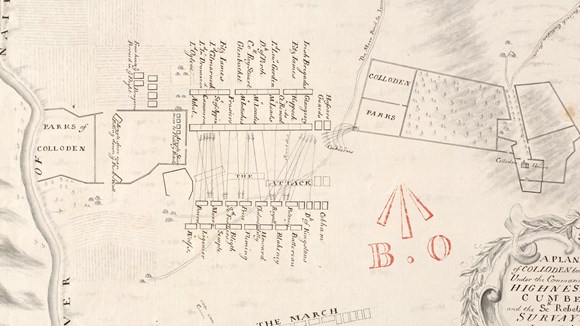 Kevin Munro, Senior Designations Officer at HES who conducted the research, said: “The Battle of Culloden is one of the most documented and studied conflicts in Scotland’s history, so to unearth new information that will further enhance our understanding of this significant battle is very gratifying.

“As part of our role in maintaining the Inventory of Historic Battlefields, we routinely review and assess different sources of information that can continue to help shape our understanding of these significant pieces of Scotland’s historic environment.

“This clear evidence for the survival of Culloden Parks shows us that the story of the Battle of Culloden is still unfolding along with our understanding of the historic landscape. This research will further enhance our knowledge of the pivotal events that took place on 16 April 1746.” 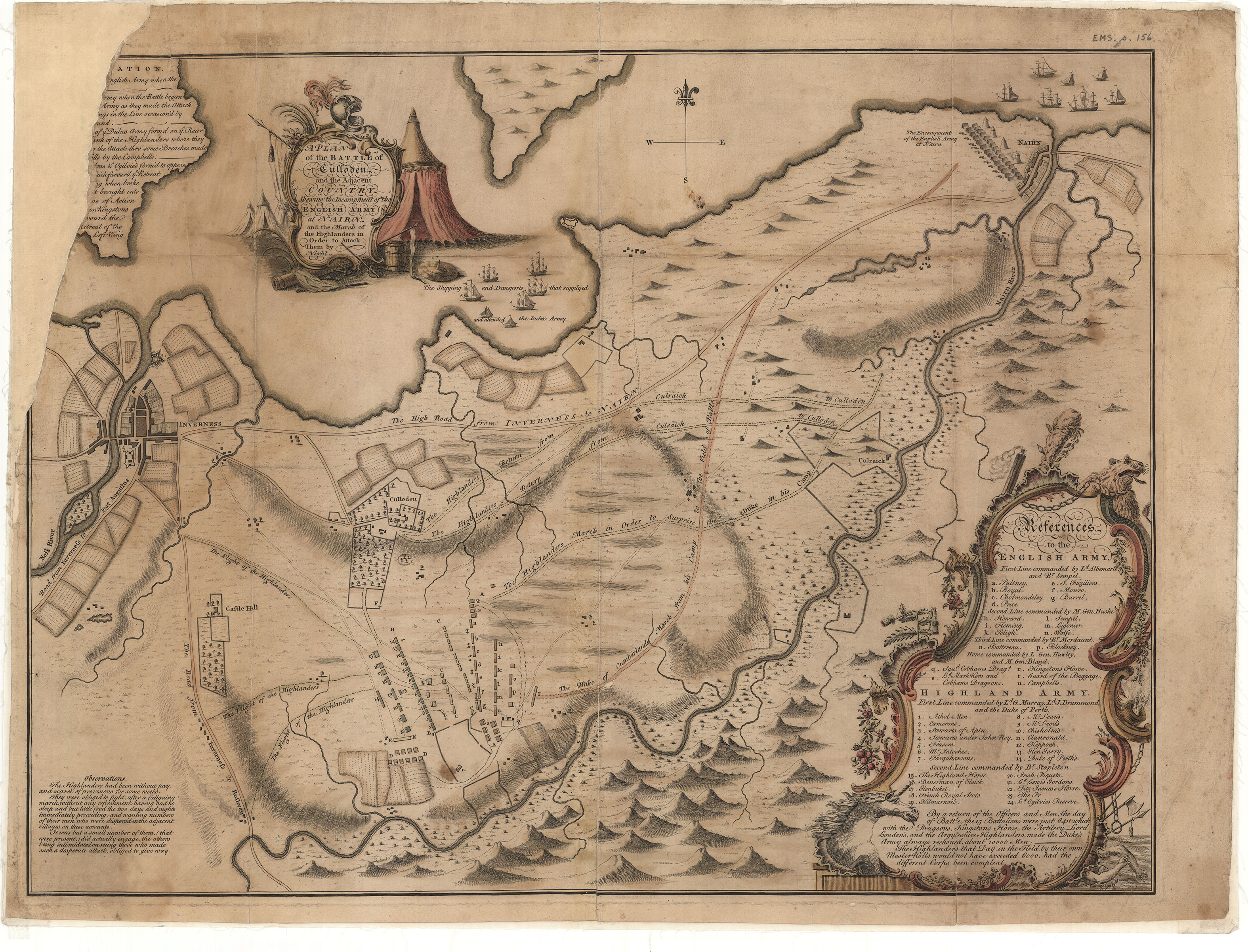 John Finalyson’s map of the battle of Culloden and surrounding landscape. The Culloden Parks can be seen just to the north of the Jacobite army

HES will use this evidence to inform a future review of the inventory of Historic Battlefields and the record for the Battle of Culloden.

The full research report can be viewed at Archaeology Reports Online.